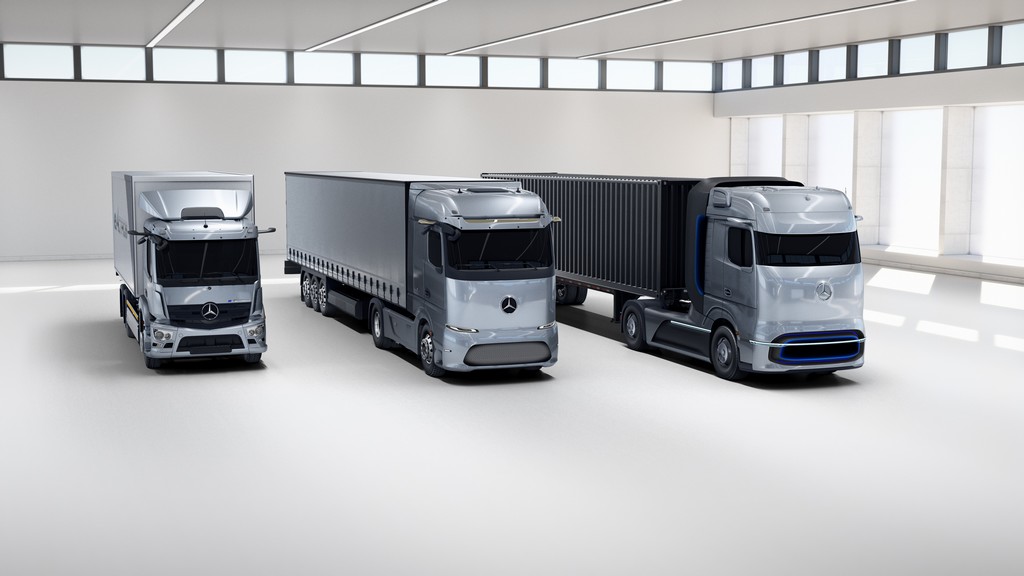 Mercedes-Benz Trucks has won the 2021 edition of the Truck Innovation Award for its eActros battery-electric heavy-duty truck and its GenH2 hydrogen fuel cell concept truck.

The award was symbolically handed over to Martin Daum, Chairman of the Board of Management at Daimler Truck AG, and Sven Ennerst, Head of Daimler Trucks Product Engineering, via a video clip filmed at Mercedes Benz’s HQ in Stuttgart.

The Truck Innovation trophy is a means of awarding those developing the enormous technological changes and energy transition taking place within the automotive sector.

All award nominees must be an advanced-technology vehicle with a gross vehicle weight over 3.5-tonnes either fitted with an alternative driveline or have an alternative fuel-system. Otherwise, it must feature specific high-tech solutions with regard to connectivity (whether semi or fully autonomous driving systems) a “platooning” capability, or advanced support services such as remote diagnostics.

To decide on the winner, the organisers of the award formed a jury of 25 commercial vehicle editors and senior trucking journalists from Europe and South Africa. After securing 128 votes, Mercedes-Benz’s electric trucks fought off the competition from Volvo Trucks’ heavy-duty BEV concepts and DAF’s 2nd Generation CF Electric.

The International Truck of the Year jury were impressed by the handling characteristics of the battery-powered Mercedes Benz truck, as well its acceleration and driveability. In addition, the jury praised the truck’s user-friendliness, which they argued would make the transition from a conventional truck „quick and easy”.

Following the announcement of the award, Gianenrico Griffini, International Truck of the Year Chairman, credited the German manufacturer with its development in the field of electric trucks:

“Shaping CO2 neutral transport requires the swift development of battery-electric and fuel cell trucks. This development needs to be supported by a long-term electro-mobility strategy, which is precisely what Mercedes-Benz Trucks is doing.”

The announcement of the award comes after last week’s International Truck of the Year was revealed. On this occasion, the MAN TGX took the honours.