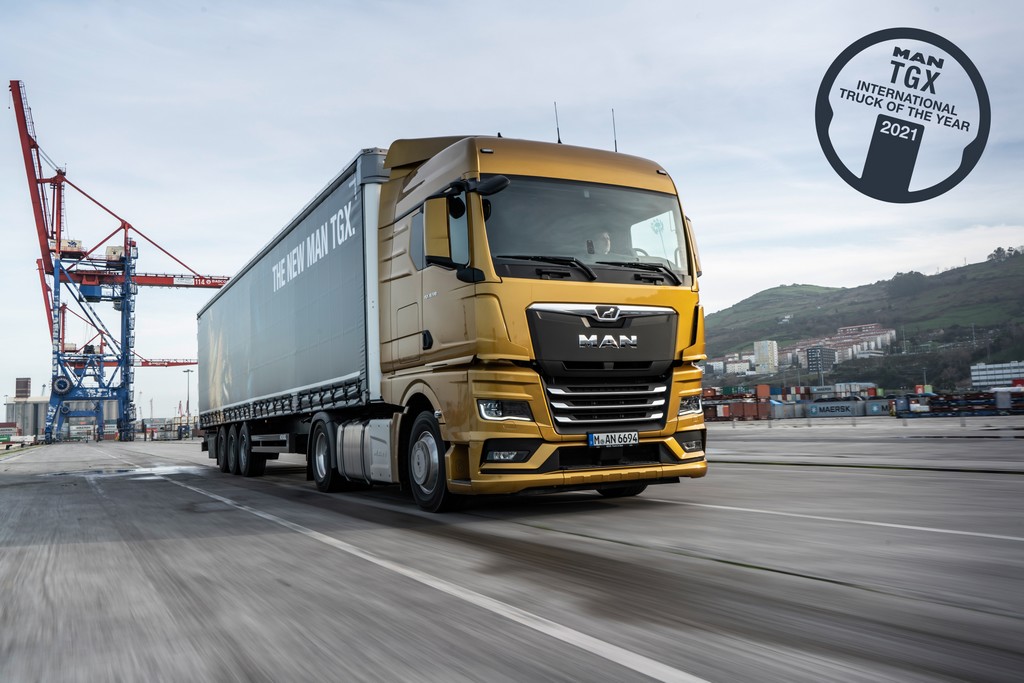 The new MAN TGX has today been named as the International Truck of the Year 2021. Explaining their decision, jury members complimented the truck’s design, fuel efficiency and comfort features among other things.

Transport journalist Will Sheirs, jury member for the UK, said the truck represents „a giant leap forward in terms of safety and driver comfort.” He also praised the trucks „fantastic” looks and „bold” extra-long styling, as well as its exciting interior.

Moreover, the jury highlighted the truck’s high level of safety thanks to functions such as a radar-based turn assist and lane change support systems.

“The title ‚International Truck of the Year’ is tremendous recognition for the outstanding work put in by our team at MAN. For more than 5 years now, the team has been working with a single objective in mind: to develop the best truck for drivers and our customers and to get it out on the road. This coveted award just goes to show: We did it.”

The MAN TGX was unveiled back in February of this year and has been delivered to clients since the early part of summer 2020.

The International Truck of the Year award dates back to 1977, when it was founded by British journalist Pat Kennett. Today, the award winner is chosen by 24 jury members representing commercial vehicle magazines throughout Europe. In the last few years, the International Truck of the Year Group has also appointed associate members in the growing truck markets of China, India, South Africa, Australia, Brazil, Japan, Iran and New Zealand.