Negotiations on the Mobility Package lasted until 3 am. “We managed to impede unfavourable regulations.” 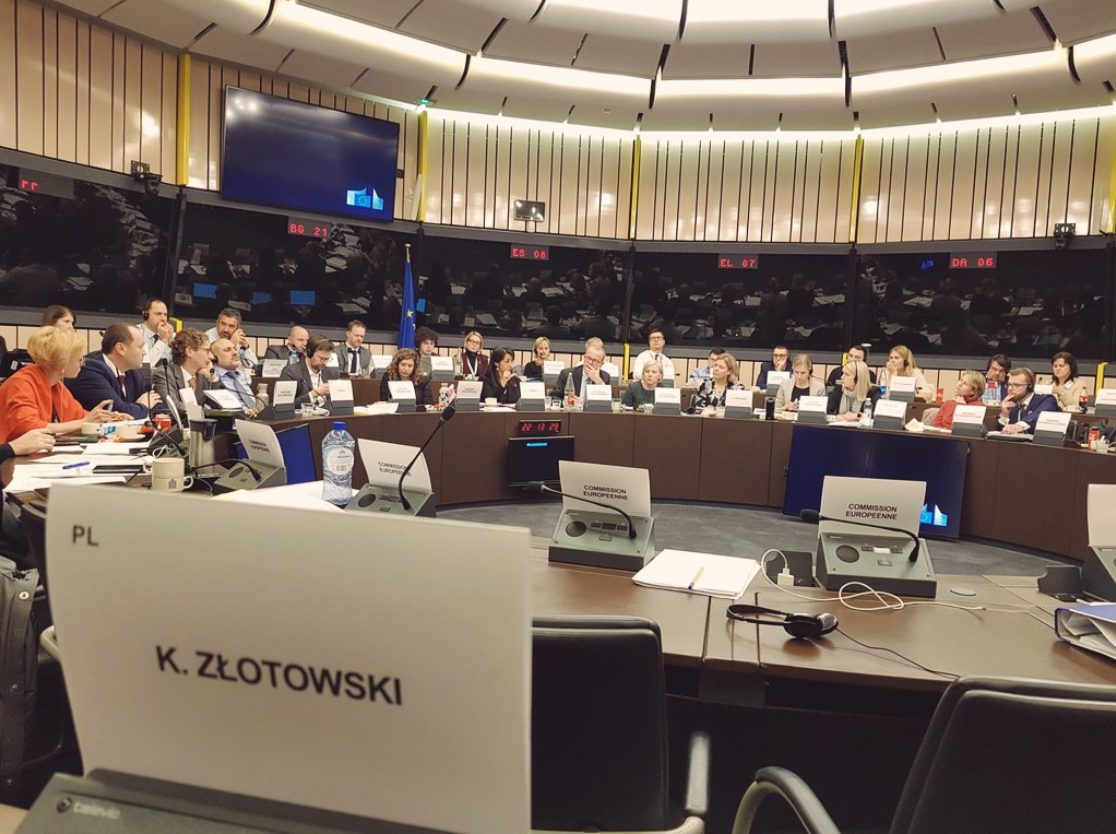 “After more than 7 hours of negotiations on all three files of the Mobility Package, no agreement could be reached”- Kosma Złotowski, member of the European Parliament, posted it on Twitter. The most controversial debates were about the provisions regarding, among others, cabotage and driver’s rest.

As indicated by Polish representatives in the European Parliament, the length of the meeting indicates how difficult it is to reach a compromise on the Mobility Package. MEP Elżbieta Łukacijewska admitted in an interview to Trans.INFO that she is pleased that the EU Council was in favour of pro-economic solutions, while the European Commission expressed readiness to step down on the most controversial provisions.

However, MEP Ismail Ertug, the author of the report about cabotage, was reluctant to compromise. Elżbieta Łukacijewska believes that he feels supported by a letter recently sent to him by representatives of Polish Solidarity, expressing support for more restrictive records about the driver’s work in the EU.

As we learned in the office of MEP Kosma Złotowski, it was the most difficult to reach compromises on:

It is difficult to say with certainty when the next negotiations on the Mobility Package will take place. After the all-night-long session, Polish MEPs said that it would be necessary to postpone further meetings to the beginning of the new year when the new Presidency and the new European Commission would start working. Theoretically, however, it is possible to still arrange a meeting in December.

“It’s hard to talk about a breakthrough.”

The deadlock in work on the Mobility Package may come as a surprise. Just yesterday, Polish representatives in the European Parliament reported to us that “there is a great mobilization of the Finnish presidency to make this trilogue last”. More so, that the work on the provisions regarding posting in transport took extremely long, lasting 29 months.

As critics note from time to time, discrepancies between EU states in the approach to work on individual provisions have not decreased, instead, increased.

It is difficult to talk about a breakthrough on critical issues for us – said our expert in the EP yesterday.

The most significant doubts were raised about the cabotage and the rest of the drivers. Among them were :

Many of the provisions included in the Mobility Package have been criticized by the transport industry. Almost two weeks ago, the Association of International Road Carriers in Poland, together with other organizations of European carriers, sent a letter to decision-makers in EU bodies.

It claimed that “some of the proposed measures would lead to legal uncertainty, increase the negative impact of the transport industry on the environment (at a time when the European Commission of the new term will be in favour of the Green Agreement), raise prices for consumers and reduce global competitiveness of the European Union without improving the working conditions of drivers. “

The letter added that “most of the proposed measures lack a comprehensive impact assessment” and, therefore, after commissioning the relevant studies, shared their results and proposed specific changes to the provisions of the Mobility Package

These studies have provided alarming results that show that, among other things, looking only at the impact of mandatory vehicle returns every four weeks to one country, it would lead to 1 % increase in total greenhouse gas emissions per year, generated by the road transport sector of only one country – industry representatives wrote.

So they proposed, among others:

The Lewiatan Confederation and “other major national employers’ organizations also opposed the provisions of the Mobility Package. Among the signatories of the speech should be BDI (Germany), SN (Sweden), EK (Finland), LDDK (Latvia), BIA (Bulgaria), Concordia (Romania), LPK (Lithuania) and the Estonian Confederation of Employers “- mentions the Transport Logistics Poland association who is a member of the Lewiatan Confederation.