Yet more EU-based truck drivers have come out to say they are not remotely interested in the possibility of working in the UK under a temporary 3-month visa scheme. 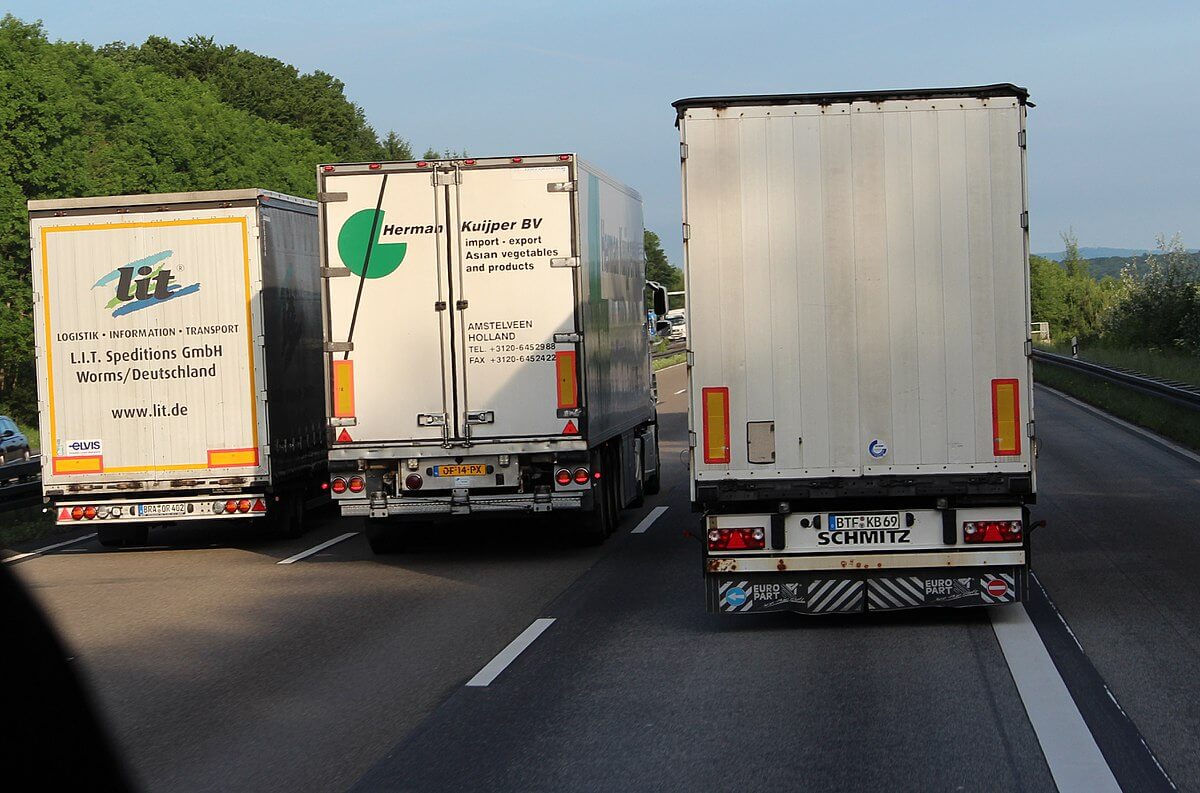 Yesterday, drivers on Trans.INFO’s Polish language service were asked to vote on whether they were interested in working in Britain under the temporary visa. 114 took part, with 100% of drivers saying they were not. The vote was repeated on Trans.INFO Lithuanian service; the vast majority also said they were not interested.

In the comments section under the Polish poll, one driver wrote “Why bother with this crap? Someone will give up their job to save the British for 3 months? And then get kicked out …? ”

Romanian truck driver and blogger Ilie Matei also told Trans.INFO that he doubts anyone will take up the visa offer:

In the current context, with an acute shortage of professional drivers, not only in the UK, but at European level, it is hard for me to believe that this measure will be successful. Professional drivers are looking for stability, they are not very interested in working seasonally like construction workers.  If visas were permanent, maybe the discussion would be different, as many young people in the east are still attracted by the “mirage” of the west. But given that there are many good offers that can be found in countries like the Netherlands, Italy, Germany, I doubt that anyone would look for a seasonal job in the UK in the current context. The crisis of professional drivers will not be solved in the UK by this measure, people are looking for predictability, no one is interested in changing jobs in a few months, no matter how well they would be paid.

Meanwhile, over in Hungary, it appears that hauliers are unconcerned about drivers leaving for the UK – even though they have a driver shortage themselves.

Tivadar Árvay at MKFE, Communication Manager at the Association of Hungarian Road Carriers, told Trans.INFO that is unlikely drivers from Hungary will use the visa scheme:

The driver shortage is not a UK-specific issue, but there, as a result of Brexit, the problem is now exaggerated. As drivers are sought after and valued workers in any EU country, including Hungary, it is unlikely that drivers will migrate en masse to the UK with a 3-month worker visa and a three-month ‘secure' job if then they have to return in 3 months. In addition, the 5,500 visas announced are a fraction of the number the employer sector is talking about, with at least 100,000 truck drivers missing in Britain.

However, Mr Árvay also says that the EU has to take action to remedy its own driver shortage issues:

At the same time, it is important to emphasize that the driver shortage affects the EU as a whole, and we can talk about the shortage of thousands of drivers in Hungary as well. A significant proportion of drivers are approaching retirement and, in fact, many are already working as retirees, leaving the profession permanently within a few years, while replacing is becoming increasingly difficult. It takes 6-8 months to obtain a driving license, and it costs up to 700-800 thousand forints ( approx 1900- 2200 euros), few of whom can finance it, especially among young people. There would be a need for (state-subsidized) training that partially removes the financial burden from the candidates as a whole, but at the same time in some way links the newly graduated drivers to domestic companies.

Mr Árvay’s assessment on the popularity of the visa scheme appears to be accurate going by the reaction of drivers who follow Trans.INFO’s Hungarian service.

Most reacted to the story on Facebook with a laughing emoticon. In addition, in the comments, one driver who has settled status said he wouldn’t even return to the UK despite the fact he has the right to work there:

I lived there for 16 years as a driver, but unfortunately the situation got worse and we moved home [to Hungary] in July this year! Even then, the driver shortage wasn’t small! But still they didn’t want to pay us regular money, unfortunately! I worked for £15 an hour then, now they promise 30, but I’m not going to move here and there because it’s not worth it! And we have settled status! Everything is so expensive over there that it is simply not worth living there! Anyway, eat what you cooked with the clown Boris in the lead! He’s constantly lying!