Strict checks in place at the Belarus/European Union border 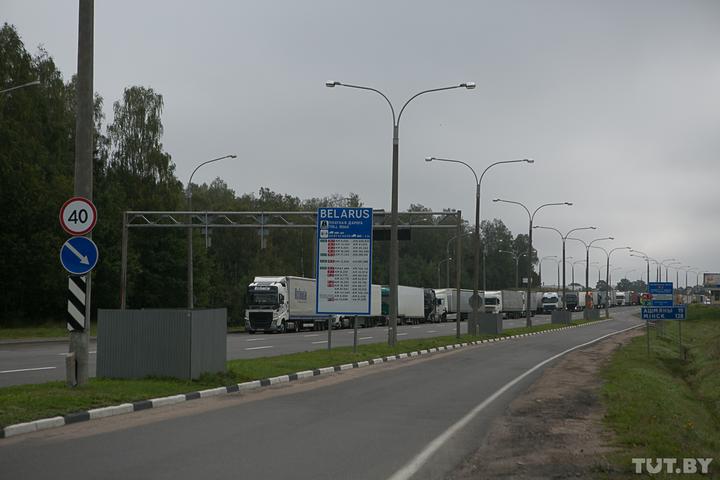 For several days now, it has been virtually impossible to cross the Belarus-Lithuania border smoothly. After Belarusian customs officials announced the introduction of tighter checks at the border with the European Union, officers are ‘rifling through trucks without mercy’. Drivers coming from Lithuania, Latvia and Estonia are even waiting at the border for several dozen hours.

On 10th September, the Belarusian Customs Service announced that additional checks on trucks arriving in Belarus from the Baltic States – Lithuania, Latvia and Estonia – would be introduced within a few days. This information has not been confirmed, but as of last Friday, 18 September, the checks were indeed tightened up – to an almost absurd level.

Trucks are checked long and in detail, even individual candy bars have to be entered in the declaration,” the auto.tut.by portal quotes one driver. “Those who have some alcoholic beverages in their cab are immediately turned away from the border.”

All drivers, regardless of where they have come from, are subject to detailed random checks, but truckers from the Baltic States, that is, those that recently announced the imposition of sanctions on Lukashenko and his regime, are ‘held at the border for several hours to even several days’.

The customs officers asked if I was bringing in any products for my own use. I had a pair of trainers, a chocolate bar, shower gel and two packs of nappies. I had to include all this in the declaration,” said a driver for auto.tut.by. “The customs officers stated that this was required under the Agreement on the procedure for the carriage of goods across the border for personal use.” 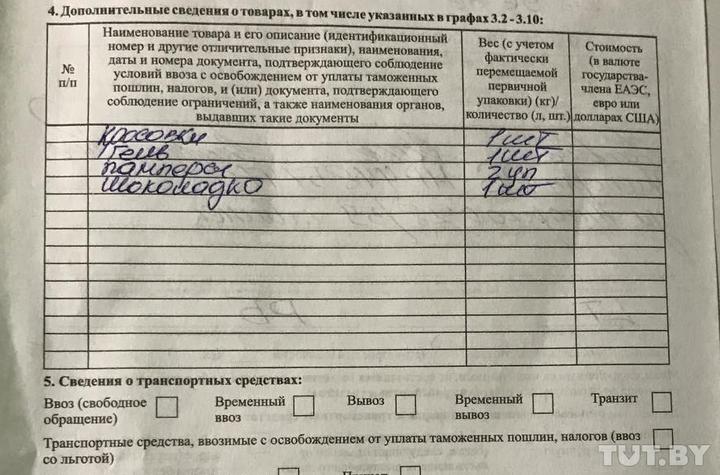 Some drivers are outraged at the changes and are arguing with customs officers without success. Others, in order to avoid problems and queues, throw the products they have bought away in the waste bins. However, not everyone is so lucky. One driver, who was in transit from Lithuania to Kazakhstan, waited at the border all night and then had to leave the set and return home.

I arrived at the crossing around midnight (on Friday – editorial note). The customs officers said they had to ask the Lithuanian service about the correctness of the amount stated on the invoice. They used to stop trucks in the past, too, but rarely, most often, if necessary, they would pass trucks with a convoy to the border with Kazakhstan,” says the driver. The average waiting time for such documents is 10 days, so this time he had to return home, to Minsk, by bus.

“I had to wait three hours for the X-rays of my truck,” says another trucker. “There were also trucks from Russia, but those from the Baltic countries were in the majority. The border is crowded, you cannot even turn back,” he adds.

Deliveries are already delayed by 5 days

The average delay in the delivery of European goods to Russia by Belarus is already 5 days. The carriers claim that they are in a pickle because the reorganisation of deliveries using other routes means increased costs and, due to the location of consolidation warehouses in Lithuania, it does not pay off for logistics operators. In a broader perspective, Minsk’s decision hits not only Lithuania and other countries which have decided to introduce sanctions against Belarus, but also allies, including Russia.

In 2019, an average of one truck in a hundred was subject to thorough checks in transit traffic through Belarus to Russia. Meanwhile, in the last two weeks, practically all vehicles entering from Lithuania are being checked,” said Igor Rebelsky, Russian spokesperson for transport and logistics and founder of VIG Trans transport group.

The length of one of the possible detours through Poland is 350 km. For Russian operators with consolidation warehouses in Lithuania, the route across the Polish-Belarusian border is not cost-effective. Rebelsky points out that the situation may soon become even more complicated.

Alexei Mikhailov, director of Global Supply Chain, one of FM Logistic’s branches, has pointed out that the border terminals in Brest and at the Kamenny Log crossing are overcrowded, which is why trucks are being sent for inspection all the way to Minsk, which further affects delays in the supply chain. Transit through Belarus accounts for over two-thirds of road transport from Europe to Russia. One-third of the volume of cargo is transported in transit through the Baltic States. It is not difficult to imagine what damage Lukashenko’s decision could do.