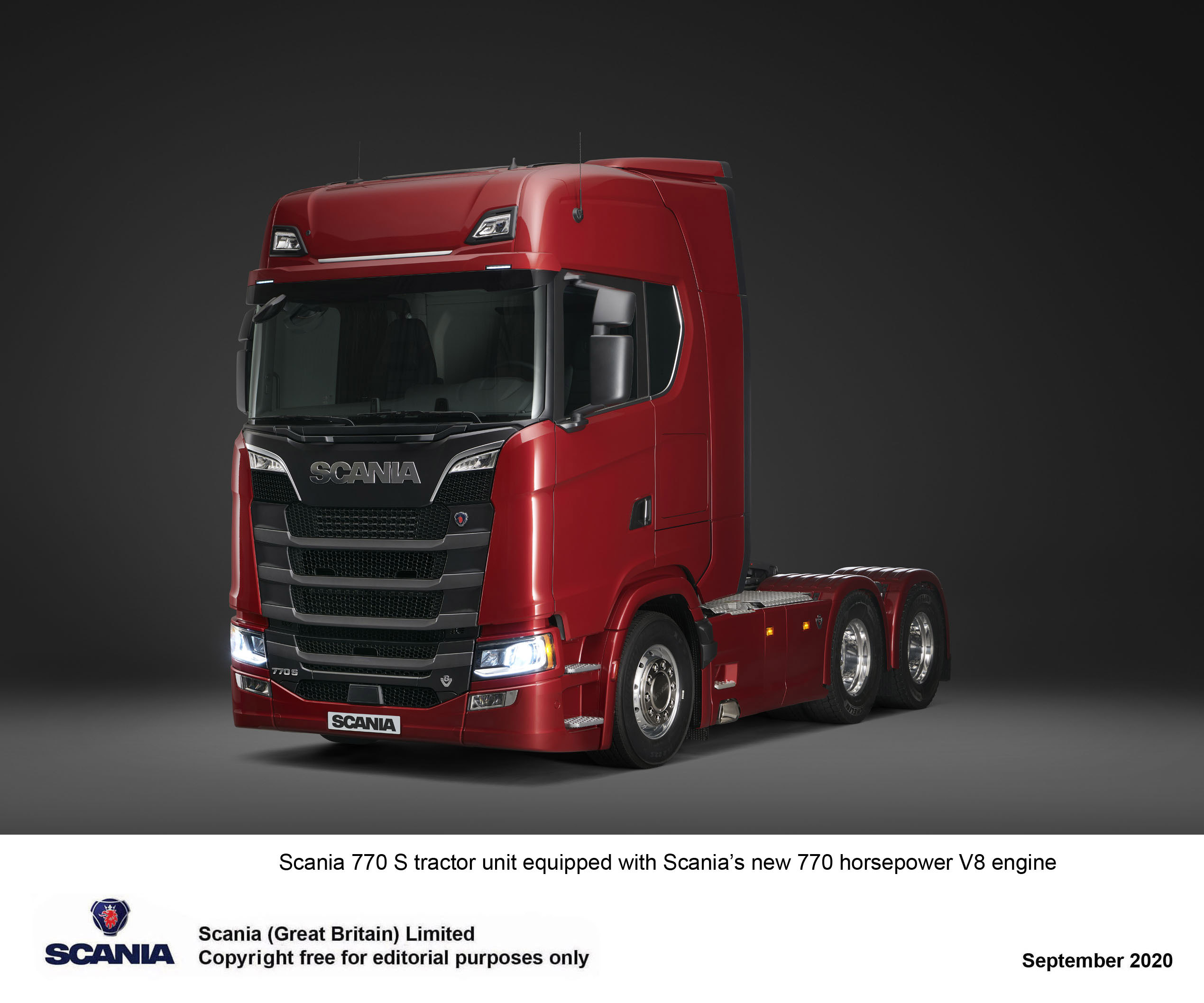 The Scania V8 engine range has been updated thanks to the launch of four new models that boast high-tech gearboxes and improved mileage.

The four models are available in variants of 530, 590, 660 and a record 770 horsepower; the new engines deliver significant fuel savings of up to 6 percent when combined with Scania’s new gearbox range.

The range is ideally suited for heavy haulage customers and those working in the most arduous conditions, such as forestry and other on-off road applications. Our V8 is also extremely popular among long-haul operations who run at high gross train weights for extended periods of time” – comments Vincente Connolly, UK Sales Director for Scania (Great Britain) Limited. – „Then, of course, there are operators looking to make a statement with a flagship model for their fleets. The Scania V8 has long been the preference of many here – it’s an engine which definitely stirs the emotions! – and the new range-topping 770 horsepower variant is sure to raise the aspirational bar even higher.”

Significant fuel savings together with a reduction in carbon footprint

The total fuel savings for the vehicles equipped with the new V8 engine can reach 6% – or even more – under the right conditions when the new G33CM Opticruise gearbox (which can be specified on 530, 590, 660 horsepower V8 variants) is included in the powertrain.

In addition, extensive fine-tuning and development by Scania’s engineers has resulted in engine-derived fuel savings in the region of 2%. The trucks also contain 70 new components that bring benefits including re­duced internal friction, higher compression ratios, improved aftertreatment-systems and a new powerful Engine Management System (EMS). Moreover, to meet the need for fuel savings, the new engines offer a corresponding reduction in emissions of carbon dioxide.

On top of that, the new engines feature a wider torque spread, which allows the rear-axle gearing to be altered for lower revs. This enables fuel savings of up to 3%, depending on the application and operating conditions. The final 1% saving comes from the improved design of the new gearboxes.

„A typical long-distance truck in Europe covers around 150,000 kilometres per year,” says Alexander Vlaskamp, Scania’s Executive Vice Presi­dent, Head of Sales and Marketing.  „A reasonable saving on markets where longer and heavier combi­nations are permitted can be in the vicinity of 3,000–4,000-litres annually for a truck with our new V8 – a tremendous achievement in every respect.

All Scania’s Euro 5 and Euro 6 engines can run on a mixture of up to 100 percent hydrotreated vegetable oil (HVO) and any proportion of diesel and HVO, regardless of the engine family. Also available in a version that can use up to 100 percent biodiesel such as FAME.

Scania say the development of their new automated manual transmission (AMT) gearbox range has been completely carried out from scratch. The new range, which retains the long-established and well-known Scania Opticruise branding, has no components in common with the existing range.

The  most important features of the new gearboxes are as follows: 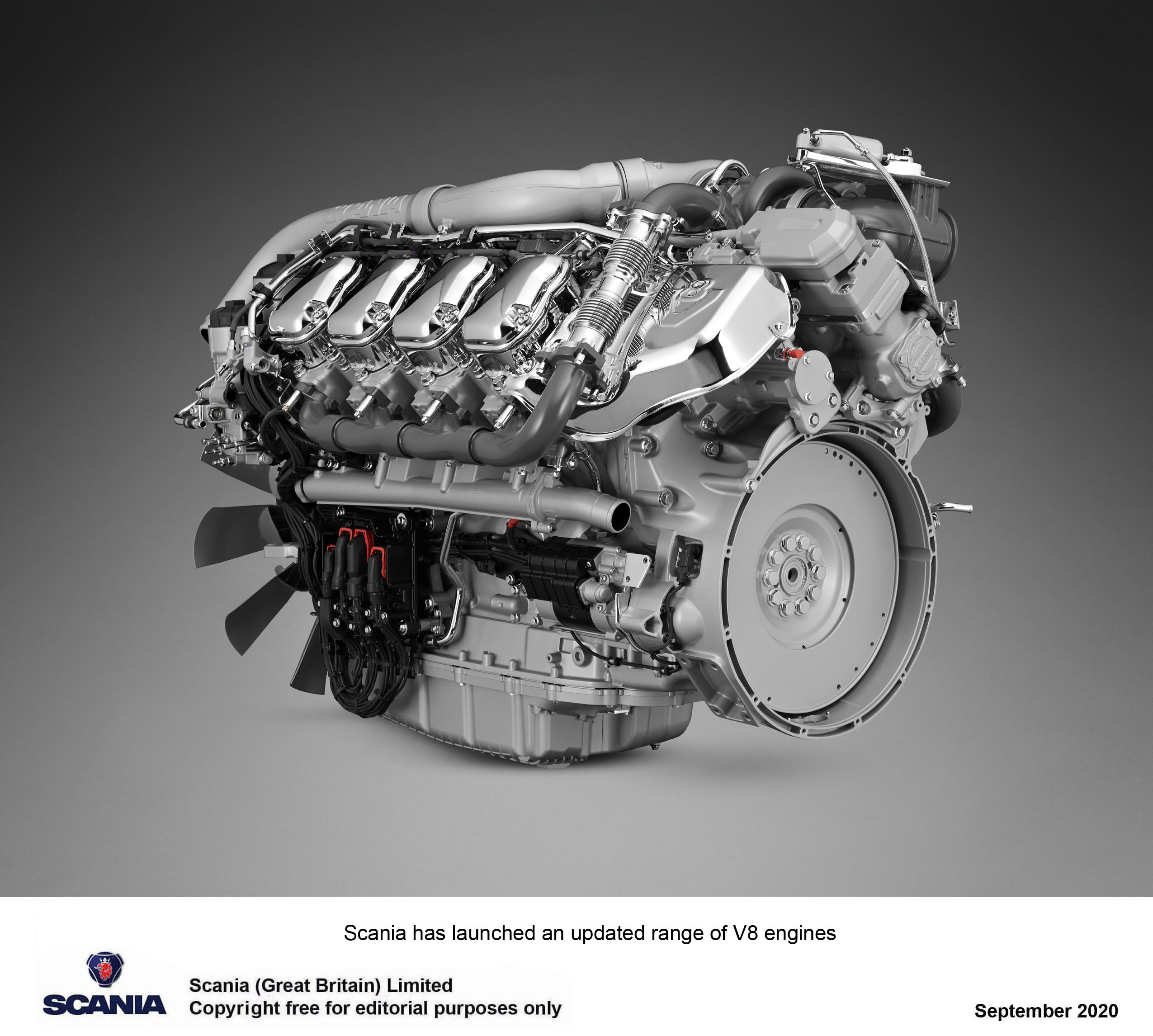