last night, Northern Ireland's agriculture minister Edwin Poots issued an order to stop all post-Brexit checks on food and farming products from the rest of the UK. The order will apply “in days," he said earlier today. The Republic of Ireland has nonetheless called the move a breach of international law, while the EU said the Northern Ireland Protocol is the one and only solution to avoid a hard border in Ireland. In the meantime, Northern Ireland First Minister Paul Givan is reportedly preparing to resign. 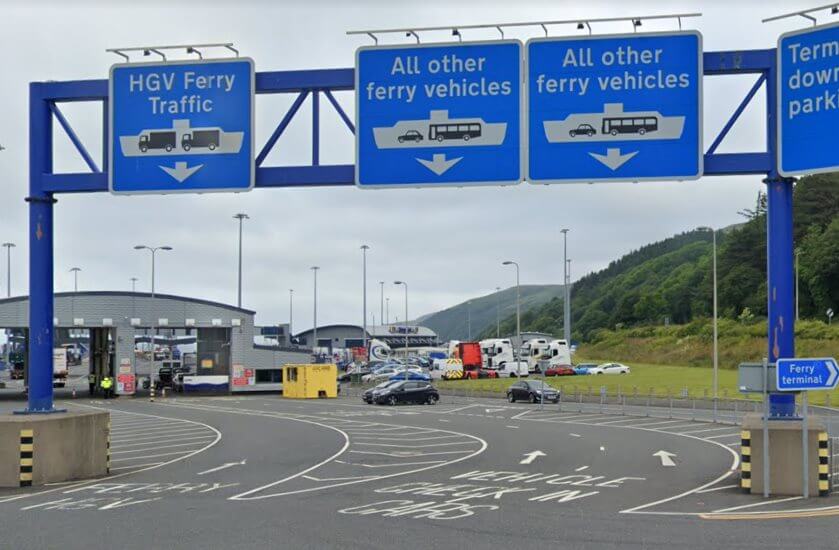 As a protest against the Northern Ireland Protocol, Poots announced yesterday that he had ordered top civil servants to stop port checks on food and farming products from the rest of the UK. The announcement came after the agriculture minister received legal advice on the issue and learned he could direct the post-Brexits checks to stop in the absence of Executive approval.

Poots is the former leader of the Democratic Unionist Party in Northern Ireland, where fresh elections are to take place as early as May. Opposition parties have thus labelled Poot’s move as an electrical “stunt”.

However, halting the post-Brexit checks is more than a local matter. Simon Coveney, Ireland’s foreign minister called the sudden action a breach of international law:

“If a political decision is taken by a minister in Northern Ireland to stop all checks in ports on goods coming across the Irish Sea, that is effectively a breach of international law, and I would remind everybody that the implementation of the protocol is part of international law.”

The UK Government has reacted calmly to the news, stating that it will not intervene with the order, and that it was a “matter for the Northern Ireland Executive”.

On the other hand, the European Commission called Poot’s decision “unhelpful” and said it “creates further uncertainty and unpredictability” in the region.

In a statement released today, a Commission spokesperson said the EU executive will “closely monitor developments in Northern Ireland pursuant to this announcement” and “recalls the responsibility of the U.K. Government for the respect of the international obligations it has entered into.”

The Commission also stressed the protocol is the “one and only solution” the EU and the UK have found to protect the Good Friday (Belfast) Agreement, which ended decades of sectarian violence in Northern Ireland.

Contrary to the announcement, checks are still ongoing

According to The Guardian, Poots confirmed today that checks are still continuing to take place at Northern Ireland’s ports while “financial” issues are being considered. The minister predicted checks would stop “in days”.

Lorries coming off the 6am ferry from Cairnryan in Scotland were still being directed to the border control post with officials in hi-vis jackets seen conducting checks in the back of at least one lorry, the Guardian added.

Stopping food and animal product checks does not, however, mean that all lorries can travel into Northern Ireland without a stop at the border. As Seamus Leheny of Logistics UK  told the BBC, the removal of checks would not mean a reduction in the customs administration.

Amid the furore over the news, earlier today, Sky News reported that Northern Ireland’s first minister Paul Givan intends to resign in protest at post-Brexit trade rules. The resignation is reported to be announced today – or in the coming days.

If Givan quits, it will automatically trigger the resignation of Deputy First Minister Michelle O’Neill of Sinn Féin. In turn, this could paralyse decision-making in the region, where the main parties share power under the terms of the 1998 peace deal.