Parking time limits will apply from July 1 on all 90 national infrastructure facilities of the Danish motorway network. Where will the drivers go?

From July 1 in Denmark truck drivers will not be able to park their vehicles in parking lots for more than 25 hours. In practice, this means that receiving 45-hour rest is no longer possible on the roads in Denmark. The Danish police will deal with the enforcement of the new rules.

The Danish authorities hope that they will put an end to „nomadism” on the roads in the country. Moreover, according to the local transport minister, Ole Birka Olesen, „it is not the task of the state to provide free facilities for the transport industry that will meet their demand for a place for longer stays.”

The new ban met with great disapproval on the part of Danish transport companies.

The regulation makes it difficult to transport to and from Denmark because the time limit is not in line with the rules governing drivers’ rest periods” – comments Michael Svane from the Dansk Industri Association for the portal danskindustri.dk.

Martin Aabak from the Shipper Association also criticizes the rules.

It is not a solution. Problems with parking will be transferred to municipal roads. Finally, prices will increase for Danish companies that carry out import and export” – says Aabak.

In addition, Aabak doubts that the ban would comply with EU rules – we read on the transporttidende.com, Danish transport portal.

Bans on sleeping in cabin

Although EU Regulation 561/2006 recommends banning 45-hour rest in the cabin, according to the opinion of the Spokesperson of the  Court of Justice of the European Union, not all EU countries enforce it.

For spending 45 hours in a truck cabin, you can now get a fine in Germany, the Netherlands, France, Belgium, and Italy.

The Belgians issue fines for spending a night in a truck from June 2014. The penalty for breaking the ban is 1.8 thousand euro.

In France, the amount of the fine for spending 45 hours of rest in cabin reaches even 30 thousand euro, but the average amount is about 2.3 thousand euro. It has been considered as a violation and punished accordingly since July 2014.

The Germans introduced the ban on 25 May 2017. The fine for violating the ban is issued for both the driver and the carrier in the amount of 500 and 1.5 thousand euro respectively.

The Dutch have been issuing fines for the 45-hour rest in cabin since the beginning of February this year. The fine for breaking the ban is 1.5 thousand euro.

In Britain, fines are imposed only on drivers who spend a week’s pause in a truck parked in a forbidden place. The fine for this type of violation is 300 pounds.

Also Italy changed its law to comply with the CJEU ruling. In May, the Italian Ministry of the Interior issued a circular that gives control services guidelines to impose penalties on drivers who spend a 45-hour rest in a truck cabin. The resort recommends that road police, carabiners, border guards and other formations in practice treat a regular weekly pause in the cabin of the truck as unfinished rest. For this type of infringement, the Italian legislation provides for fines ranging from 425 to 1,701 euros.

Spain next in line

In addition to the Danes, the Spaniards also try to control and sanction accommodation in the cabin.

In Spain, the ban was originally to enter into force on July 1, but due to the prolonged work on the implementing regulation to the Road Transport Act, the deadline was postponed to January 1, 2019. 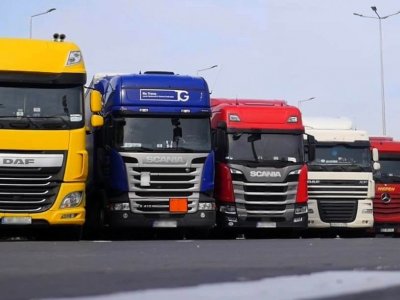