Overloading vans and trucks in Germany – tolerance and fines 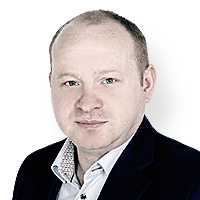 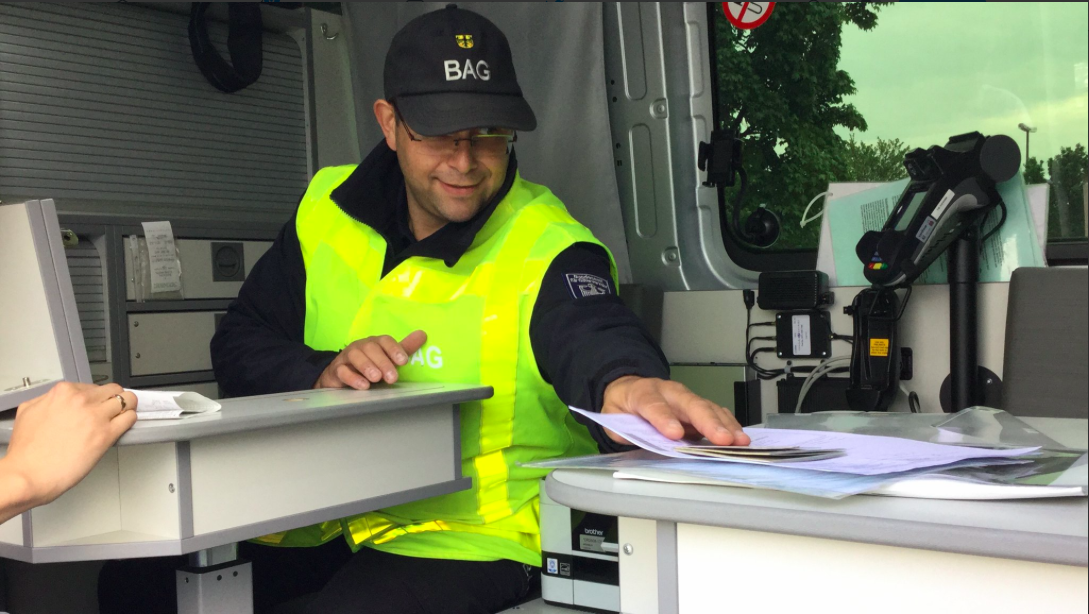 „How much can you safely load on a van or a set transporting goods in Germany?” – this article will answer one of the most frequently asked questions.

Unfortunately, the sad truth is that in transport up to 3.5 tonnes, a situation in which the loaded van weighs more than it should, is a daily reality. This is mainly because a van – even with a light tarpaulin – together with the fuel, accessories, driver and its luggage weighs around 2 – 2.5 tonnes (sometimes even a little more). In view of the gross vehicle weight rating (GVWR) of 3.5 tonnes, we have at our disposal 1 – 1.5 tonnes per item – and if the empty car weighs more than 2.5 tonnes, then it is even less.

Of course, the answer to such a question can be only one: to be really safe, you should load only as much – that a complete vehicle with a cargo and the driver doesn’t weigh more than the Permissible Total Weight that shows in the vehicle registration card.

In Germany, a standard van will be in the „Schwere PKW” category, i.e. a vehicle with a total weight (without a trailer) between 2.8 and 3.5 tonnes.

For overloading such a vehicle in accordance with the scale of charges, we can initially receive a fine from 10 up to 235 euros (as of August 1, 2018). For this category of vehicle (vans up to 3.5 tonnes), a penalty table for vehicles with a total of GVWR up to 7.5 tonnes applies. In the case of such a vehicle, overloading up to 5 percent in relation to the weight in the registration certificate is tolerated. This means that a van with a GVWR of 3.500 kg can weigh a maximum of 3.675 kg without being punished for overloading.

And what if we have a lot more loaded? Below is the table of penalties, converted for a vehicle with a GVWR of 3.5 tonnes:

But what if we do not carry out transport by ourselves – and instead we have a driver employed?

WARNING! Even with a slight overload – between 5 percent and 10 percent, i.e. just over 175 kg, the fine is not everything. The information the in scale of charges reads „kein Fahrverbot”, but it only means that the controlling authority will not take away the driving license, i.e. the driver will not lose his entitlements. However, further driving will be possible only after eliminating the overload. To continue the journey, the controlled vehicle will have to weigh no more than its GVWR. The overload should be removed at the control point. This usually means the need to reload the excess product to another mode of transport.

The most inquisitive will ask: what if the vehicle is overloaded by more than 35%?

In this case, the decision on the further proceedings and the amount of the fine lies with the authority making the inspection. It can be, for example, the maximum penalty according to the scale and the statement of forfeiture of all income (that is, in addition to the fine, an additional penalty which equals the value of the freight). I will add here that additional penalty in the form of forfeiture of all revenue for transport can also be used, even if our bus was overcharged to a lesser extent. It depends only on the decision of the authority that carries out the inspection. Generally, the less the car is overloaded, the less we are exposed to an additional penalty in the form of a forfeiture of income.

What if I will not show the order/invoice for the transport. I do private transport for a friend – for free – what will BAG officers do to me?

It is definitely better not to conceal the invoices because if the controlling body – e.g. BAG, decides about the forfeiture of freight income and does not receive from us confirmed, reliable information regarding the value of the transport we perform, they will estimate the cargo value according to their own tables (Kostensätze Gütertransport Straße). In other words, they will calculate how much – according to them – such transport should cost. I do not have to add that although these tables should allegedly reflect average market prices – the price of „freight” calculated in this way by the controlling authority will certainly be higher than what we ourselves have on commission.

In which circumstances will I receive an additional penalty for overloading?

A controlling authority in accordance with German law may impose such a penalty (forfeiture of revenue) whenever it considers that the transport was carried out in violation of the provisions. In practice, it is used in the case of severe, conscious offenses. For example, when a profit-driven carrier wanted to load more goods on one vehicle than the regulations allowed and deliberately overloaded it, then it could be considered that the carrier violated the permissible total weight regulations, because he wanted to save on safety (he was transporting goods that really should be carried by two vehicles).

In the case of overloading larger vehicles (GVWR above 7.5 tonnes), the penalties for overloading are respectively higher and start from the overloading of the vehicle by 2% in relation to the GVWR. Below I present the table of penalties calculated for the GVWR above 40 tonnes – note that the tolerance threshold is significantly lower than for vans (2% instead of 5%). Overloading such a set up to 800 extra kilos will not result in a fine.

Will it be necessary to reload the excess load to another vehicle in the case of a set with a GVWR of 40 tonnes?

Well, formally, the inspection body should not allow the overloaded vehicle to continue to participate in normal road traffic. Therefore, officially it would be necessary to reload the excess of goods to another vehicle. In practice, however, in the case of an overload in the lowest range – that is between 2% and 5% usually the case ends with a fine and the vehicle can continue the route (especially if the mass of goods entered in the CMR document and the weight of own vehicle does not show that the car could be overloaded). Of course, this is not a rule, you can always get a more severe policeman, so be careful!

Yes, it can happen – however, in practice, these penalties are mainly imposed for serious violations of regulations in which the fault of the driver/carrier is beyond doubt. If, for example, there is no weight on the load, and the customer reports a weight in CMR, which we have no doubt that we can legally carry (i.e. 23 tonnes on a vehicle with a GVWR of 40 tonnes), and during the inspection and weighing of the set, more has been loaded, as a result of which the car is overloaded – say by 1.5 tonnes over the GVWR, this case will end up with a low fine (30 euro/35 euro). If, however, in the same situation in the CMR it is reported, that 26 tonnes were loaded – that is, the carrier leaving the loading was aware that driving such a loaded truck breaks the rules – then you can be sure that the inspectors will punish the carrier for conscious violation of the rules. The same applies in the case of significant GVWR overruns – with a 48 tonnes set weight, no-one will take into account what we have entered in the CMR during the check, just as nobody will believe that the driver did not feel an additional 8 tonne of goods. In both of the above cases, the imposition of an additional penalty in the amount of the equivalent of our freight is quite possible.

Therefore, driving through Germany – let’s stick to the permissible weights within tolerance – 40,800 kg is really quite a lot. And remember: if there was no weight on the load, and during the inspection, it turned out that the actual weight of the product is higher than it would result from the documents received from the sender – you always have a chance to compensate from the client.