Report: lorry drivers using visa scheme to be paid up to 20% more

According to a report in the Daily Telegraph, British retail insiders say higher pay is required in order to attract lorry drivers from abroad to take on temporary work through the UK Government's new visa scheme. 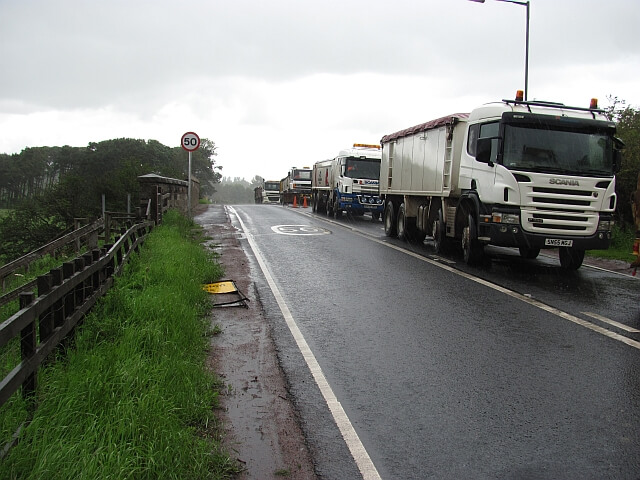 The newspaper writes that EU lorry drivers who do use the scheme would be paid extra as temporary jobs “have a tendency to pay higher” and don’t include the same benefits of a full time position. The report did not, however, specify want “being paid up to a fifth more” actually means in terms of hourly rates.

Despite the possibility of increased pay for truckers, one of the insiders quoted by the Telegraph still expressed concern that EU drivers will snub the offer of temporary work:

“they can just go to Germany, which already has a shortage of HGV drivers, without the need for a visa or the requirement to leave at any point”.

Meanwhile, it has emerged that truckers who do come to the UK via the visa scheme will arrive even later than had been anticipated.

Last week, a Home Office source told Inews that the first drivers to take advantage of the UK’s new visa scheme were expected to arrive at the end of October. However, a report in the Grocer states that the first drivers are more likely to arrive in mid-November, giving them just over a month on the road before their visas expire on Christmas Eve.

The Grocer writes that “the statutory instrument to allow the visas is not due to be laid in parliament until 15 October, following the Conservative party conference.”

Following this, the Grocer reports that companies will have to go through one of four management firms chosen by the government to handle visas. It is said that this could take up to a fortnight – roughly the same amount of time it will take to organise transport and accomodation for each driver and get them ready to work for their employer.

On Wednesday, when the report from Inews suggested drivers using the scheme may only work for 2 months, Logistics UK’s Policy Director said that the duration of the visas was to short.

“Logistics UK is concerned at the news that the temporary visas for HGV drivers granted by government may be for only a two month duration, rather than the declared three month period. The three month visa was much lower than the six months we had requested to enable additional testing capacity to be delivered by DVSA and more drivers to be trained. Our fear is that it is very unlikely that a two month visa will attract EU drivers which would make the scheme impotent. We are seeking urgent clarification from the government on this issue.”

Photo © Copyright Richard Webb and licensed for reuse under this Creative Commons Licence.