A number of rest stops on the route to Calais shall remain closed until the end of the year at the earliest amid continued migrant attempts to board trucks bound for the UK. 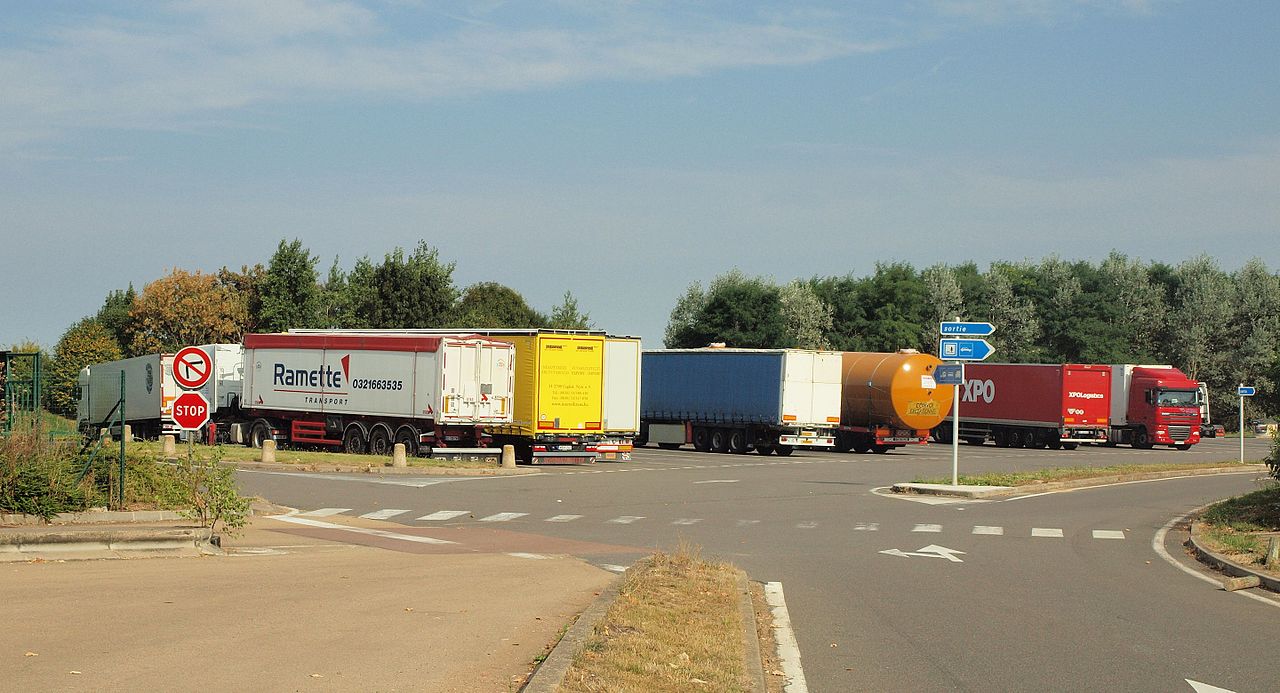 As reported by local French newspaper La Voix De Nord yesterday, the rest stop at Villefleur , as well as the lorry parks at Setques and Nortkerque, have been closed as a means of preventing migrants boarding trucks. The Pas-de-Calais regional authorities say the measure was due to “migratory pressure and the permanent desire of migrants to enter heavy goods vehicles in order to reach Great Britain.”

A representative of the prefecture also told La Voix De Nord that the closure of the Setques rest area has reduced the amount of migrants breaking into trucks:

“It [the closure of the rest stop] makes it possible to limit the risk of migrants getting into the trucks without the knowledge of the truck drivers. It also prevents the degradation of the trailers by the migrants who try to enter clandestinely, endangering both the migrants themselves and the truck driver.”

While this may be true, the closure of the rest stops doesn’t make life an easier for lorry drivers, who need to comply with the strict drivers’ hour regulations.

Commenting on the closure of the rest areas, Sébastien Rivera from the Calais branch of France’s National Road Transport Federation (FNTR 62), said:

“The closure of rest areas is not satisfactory. Drivers need to make take their obligatory breaks, and if they don’t, they get fined. Between the A26 and the A16, they can no longer stop within a radius of 100 kilometers.  FNTR 62 is calling for the development of secure rest areas on the A26 and A16, supported by the State. The State is organizing the securing of the Channel tunnel, so why not this?”

Back in 2018, FNTR 62 had already asked the private operator that manages the A26 motorway to take charge of the guarding of the closed areas so they could reopen. The company refused to do so however, and nothing has been done since.

The news follows the tragedy at the Epitre motorway area on Sunday, in which a lorry driver died of a heart attack moments after trying to stop migrants from boarding his vehicle.

A day later, a 16-year-old Sudanese migrant also died after falling from the back of a truck he had climbed onto. According to French newspaper Le Progres, the teenager had got onto the area between the truck and its trailer after the vehicle’s driver had slowed down due to migrants throwing stones in his direction. However, as the driver sped up again, the Sudanese national fell and died from his injuries.