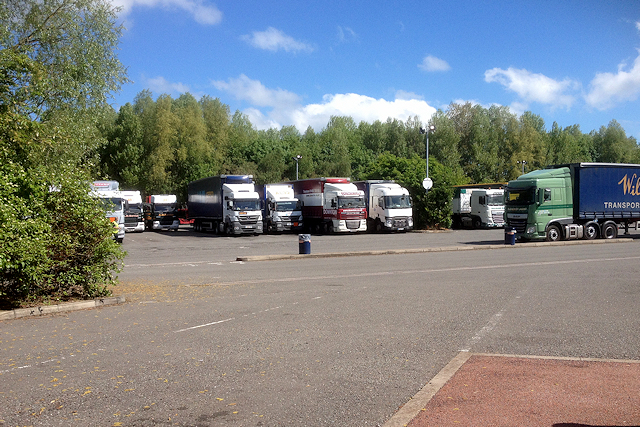 An RHA area manager has claimed that there will be some businesses that “can’t survive because of the wages they’re having to pay” to lorry drivers amid the current driver shortage.

Tom Cornwell made the comments during an interview with BBC Look East, in which he predicted the outlook for the haulage industry is “going to be dire” because of a shortage of drivers.

Cornwell also warned that a lack of drivers would mean cancelled or delayed deliveries, making it difficult for stores to maintain their supply chains and have their shelves fully stocked.

RHA area manager @TomCornwell_ spoke out on @BBCLookEast last night, explaining how dire the UK’s driver shortage is, and the effect its having on businesses.
Tom warned that some haulage firms may not survive the driver shortage, a warning we’ve given to the Government pic.twitter.com/AJenQN2HEl

The RHA has been lobbying extensively for the government to introduce measures to alleviate the current driver shortage, including changes that would make it easier to employ drivers from abroad. The association has also stressed that lorry drivers need better facilities and need to be respected more. However, they have never openly advocated wage increases for truckers.

Just over a fortnight ago, Rod McKenzie, Managing Director of Policy & Public Affairs, even said that higher wages was not an option due to the low margins logistics companies operate under:

One road transport company, Starlings Transport & Storage Limited, has nonetheless come out and admitted that better pay and conditions for all drivers is needed, and that rates must increase to cover the cost:

Good news that RHA are lobbying Government. But truth is simple, rates must increase dramatically across the sector and this revenue be used to improve the pay and conditions of all drivers, making the job more attractive to new entrants and those that have left. https://t.co/WETNe0vChl

The RHA were among the industry representatives who spoke to the Department of Transport yesterday regarding the driver shortage issue.

Following the meeting, a government spokesperson said that most of the solutions to the problem “are likely to be commercial and from within industry”:

“The government is well aware of HGV driver shortages and met with industry figures to discuss possible solutions around recruitment and retention. Most of the solutions are likely to be commercial and from within industry, with progress already being made in key areas such as testing and recruitment, and a big focus towards improving pay, working conditions and diversity. Our new points-based immigration system makes clear employers should focus on investing in our domestic workforce, especially those needing to find new employment, rather than relying on labour from abroad.”