The UK Government has quietly announced the implementation of key legislation included in the European Union's new Mobility Package for road transport. 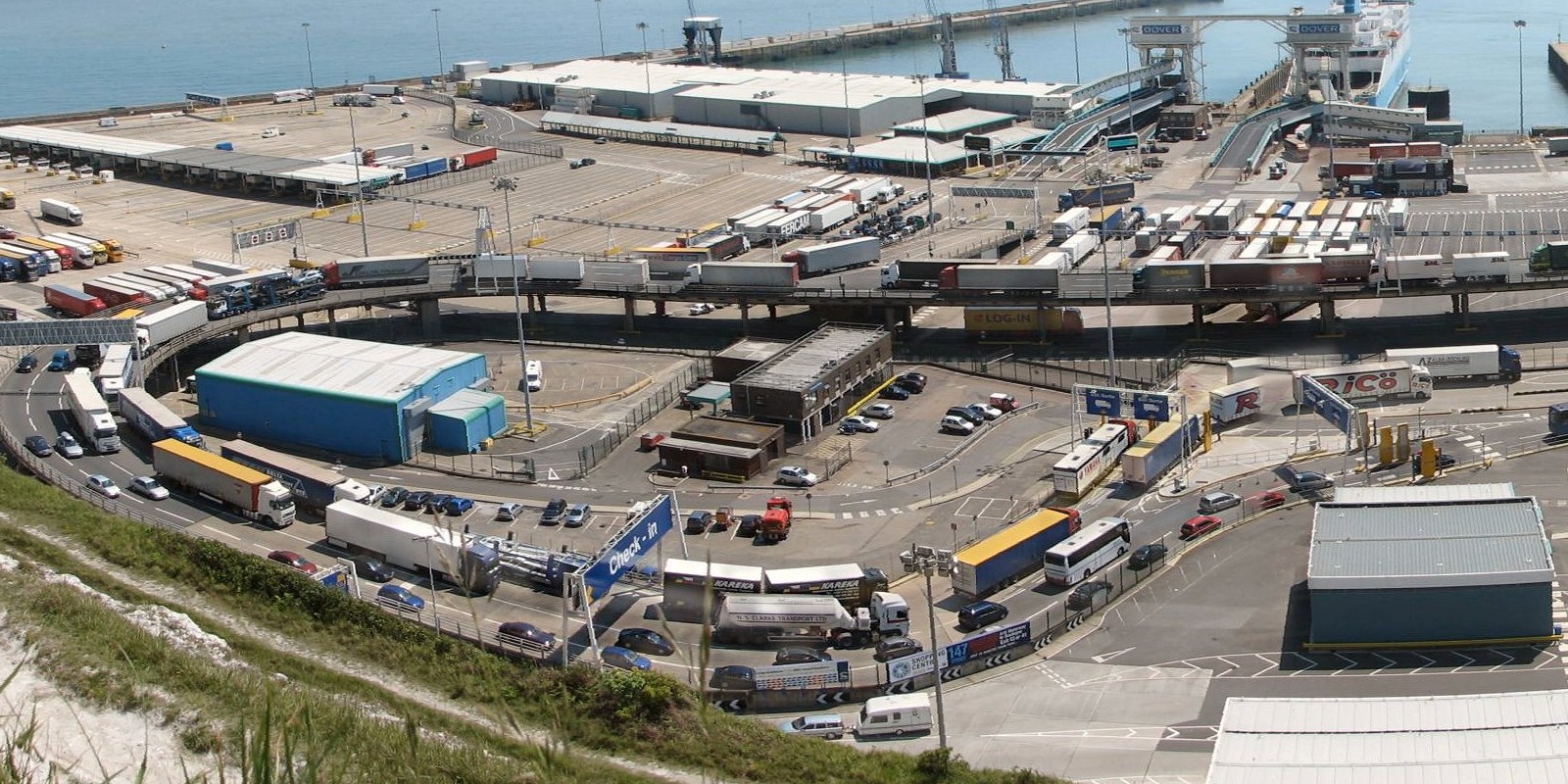 In a consultation outcome published just over a fortnight ago, The Department for Transport revealed that the UK had agreed to implement the new requirements on operator licences, as well as the rules on the posting of workers:

“As part of this agreement, the UK has agreed to implement elements of the EU Mobility Package, with 2 main areas of change which are the subject of this call for evidence, becoming applicable in February 2022 (posting of workers and some HGV operator licensing changes) and May 2022 (operator licensing),” the document explains.

However, a number of key details regarding the implementation of the mobility package, including how much remuneration posted workers should receive while doing cabotage in the UK, is not yet available.

What EU rules will the UK implement?

The aforementioned document explains that under the terms of the post-Brexit trade deal, the UK agreed to adopt a key section of the EU Mobility Package concerning the transport of goods in light vehicles:

“As part of the UK-EU negotiations and subsequent Trade and Cooperation Agreement (TCA), the UK has agreed to extend operator licensing requirements to include goods vehicles weighing more than 2.5 tonnes up to 3.5 tonnes in gross vehicle weight (medium and large vans) that travel internationally for hire and reward purposes. The changes, and this call for evidence, seek information for the whole of the UK. However, it is important to note that there are differences in the applicable legislation and operator licensing regimes within Great Britain and Northern Ireland.”

The rules, explained here, require companies to designate a Transport Manager, who may either be qualified or have had over ten years of experience managing a fleet of commercial vehicles.

However, one important difference here is that the rules will not apply to light goods transport operators working exclusively in the UK:

The Department for Transport nonetheless stresses that “relevant rules have been included in the TCA and must be applied if affected goods vehicles are to continue to be used for trade into the EU.” In other words, the legislation applies to UK light goods vehicle operators doing work in the EU.

The situation may not be permanent, however, as the consultation outcome document does not rule out changes in the future:

“The UK could follow suit for domestic operations. However, for technical reasons, (including those related to legislative powers), we have decided not to pursue this, at least, in the short term. Any expansion in the scope of these rule changes is being confined to licensing for international operations, at least initially. Any changes to the domestic operations would need further consideration and discussion with industry stakeholders and there are currently no plans to commence this work.”

As regards the monitoring of the rules, the Department for Transport has said it is “considering the necessity for broadening DVSA powers to stop LGVs, and it is likely that these broader powers may need to apply to all LGVs.” This very much ties in with the prediction made by transport solicitor Chris Powell earlier this week.

As our regular readers will be aware, the EU recently introduced a directive (EU) 2020/1057 to implement new drivers’ posting rules. The first changes, which require border crossings to be registered via tachograph, entered into force on February 2nd. Additional rules requiring drivers to be paid the minimum applicable salary in another member state while conducting cabotage transport, as well as the regular return of trucks to their country of registration, begin on February 22nd.

The consultation outcome document confirms that “similar requirements” were included in the post-Brexit trade deal in order for UK hauliers to be able to enter the EU:

“To maintain our access for goods vehicles travelling into the EU, similar requirements have been included in the TCA. As a result, UK operators of vehicles on some types of journey will need to provide information via an EU system, which can then be accessed by national licensing and enforcement authorities in the EU member states.”

It is also confirmed that the UK will be using the same IT system as the EU:

“From 2 February 2022, if you are planning to operate a goods vehicle on a journey within the EU, you will need to post information about the driver and the planned journey in advance, using an EU-wide IT system, which the UK will also be using to reduce the administrative burden and duplication for business.”

Therefore, it appears that border crossings to and from the UK should be registered via tachograph before the driver of the HGV disembarks their ferry or train. According to the European Commission website, the country code for the UK is (15)H. The equivalent for France is (11)H, while Belgium is (06)H and the Netherlands (26)H. All numerical and alpha codes can be found here.

The consultation outcome document also goes on to explain the various exceptions that apply, which we have covered here. In addition, it specifies what applies during posted journeys in EU member states where goods are loaded or unloaded:

What will the UK posted worker requirements and minimum pay be?

When it comes to the UK, the government says it will be publishing its terms and conditions for foreign drivers being posted into the country.

However, with there being little over a week until the posted worker rules apply, those details are not yet available.

Who will monitor compliance with the posted worker rules in the UK?

According to the consultation outcome document, the UK is “likely” to designate enforcement agencies “such as the DVSA” to be competent authorities “in respect of issuing requests for documentation related to the posting of drivers of EU operators when they are operating within the UK on cabotage journeys.”

It nonetheless appears that the level of monitoring will initially be very low. A section of the aforementioned document states:

“It is, however, unlikely that the UK will prioritise a high level of enforcement of the postings requirements immediately. This is due to other priorities for enforcement, including related to rules critical for public safety, such as drivers’ hours, vehicle defects and overloading.”

If the level of enforcement is low, as the quote above suggests, then for a short-term period at least, foreign transport companies could feasibly get away with paying their drivers local wages as opposed to the minimum stipulated by the UK.

Is the implementation of the rules in the UK a good thing?

The EU Mobility Package has proven to be a controversial issue that has sparked debate in the road transport industry across Europe. Most of the criticism has come from companies based in the new EU-accession states. This is because the new rules will increase their labour costs and reduce the amount of work they can do in lucrative, Western European markets. Other critics say the rules will result in increased CO2 emissions.

On the other hand, the measures have been praised by some haulage associations in Western Europe as the new rules will see drivers from the east earn more for cabotage work. This theoretically improves driver welfare and removes some of the cost-advantages foreign hauliers have over domestic competitors.

It is likely that the implementation of the aforementioned Mobility Package measures would be supported by most UK-based hauliers, as the posted worker requirements should reduce the extent to which they can be undercut by foreign competitors with lower labour costs.

On the other hand, some Brexiteers who want to see regulations stripped to reduce costs on businesses may well be dissapointed. By not implementing the rules, the UK could potentially allow foreign hauliers to do cabotage work in the country while paying wages typical of their country of origin. This would in turn bring down transportation costs and thus make goods cheaper – something a number of Brexiteers are keen to do via deregulation. Of course, this wouldn’t help the truckers from those countries though, as their pay and conditions would be evidently worse. Domestic hauliers would also be up in arms over such a move as it could see them some lose business – especially if the current cabotage relaxation were to be further extended.