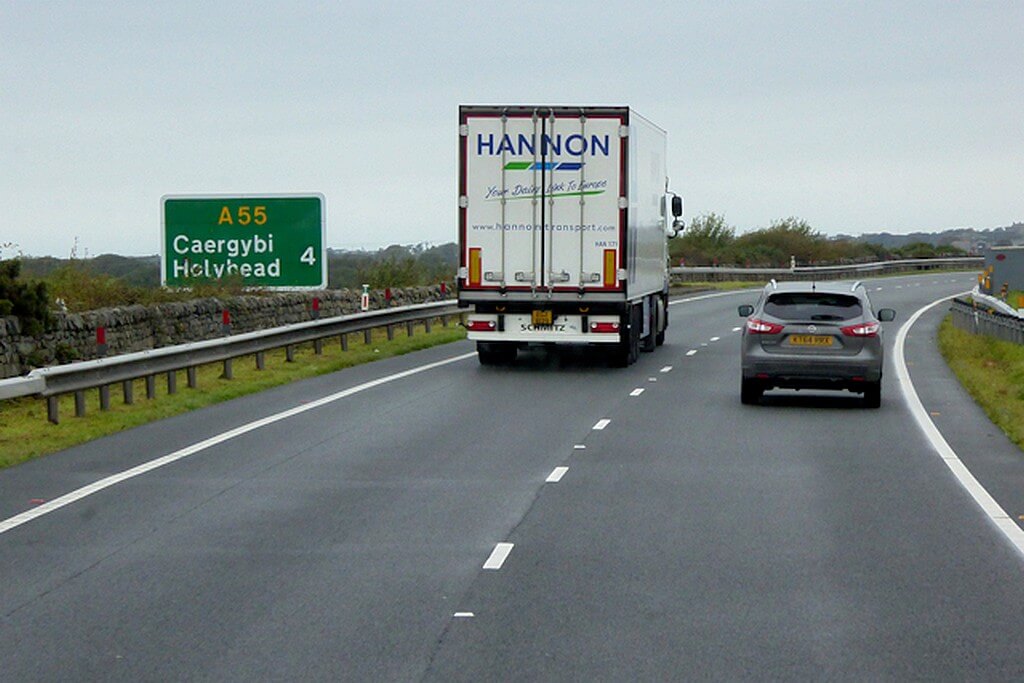 The Welsh Government has revealed its contingency plans for dealing with congestion at Holyhead port after the end of the Brexit transition period. According to the plans, a temporary contraflow is to be introduced on the A55 between Junction 2 and 3, while a truckstop could become a lorry park.

Before outlining its plans for Holyhead, the Welsh Government’s official statement stresses that ferry operators will require freight customers bound for Ireland to link customs information to their booking and if they arrive without having done so, they won’t be able to enter the port.

The Welsh authorities also point out that according to the reasonable worst case scenario published by the UK Government, 40 to 70% of HGVs arriving at ports after the end of the Transition Period could be turned away as they do not have the right documentation.

As part of the Welsh Government’s plans to minimise disruption, the following measures are being introduced:

Transport and North Wales Minister Ken Skates says operating a temporary contraflow on the A55 from January „is the only certain option” to ensure unready HGVs can be parked in a COVID-secure way:

In current circumstances, operating a temporary contraflow on the A55 from January is the only certain option to ensure unready HGVs can be parked in a COVID-secure way and local traffic can continue to flow around Holyhead from 1 January. We are planning on securing access to Roadking as a primary holding site, and in parallel, we are starting urgent works at Parc Cybi to make additional space available over the course of January. Introducing a contraflow is not something we want to do but it has become the necessary thing to do. The uncertainty we face means we have to take every step protect the port and town of Holyhead from disruption.

As the plan above states, the Welsh Government are currently negotiating to use the Roadking truck stop as a stacking site from January 1st. The truckstop has CCTV and a perimeter fence for security and reportedly has over 200+ HGV spaces. There is catering on site as well as Wifi and TV, plus entertainment options in the shape of gaming machines and a pool table.