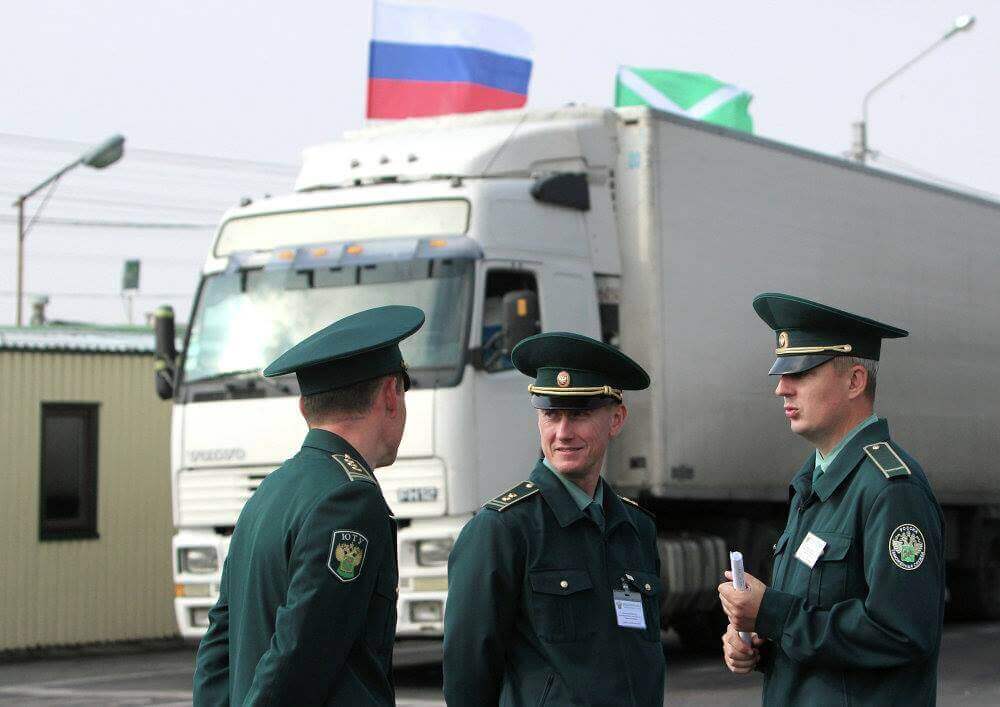 The Russian Ministry of Transport has come up with a radical idea of how to enforce fines on foreign truck drivers. At present, drivers have been able to get away without paying, but this may change soon.

The Russian Ministry has proposed installing wheel clamps on foreign trucks and buses and may even stop drivers leaving the country, reports kommersant.ru. The new measure, the draft amendments of which have been published on the official website of the Russian Federation, will apply to drivers who have not paid fines. The Ministry has admitted that when it comes to the collection of fines from foreigners, speed cameras have not had the expected effect, so new and more effective measures are needed.

In accordance with the proposal to amend the law on strengthening control over buses and trucks registered abroad, if the driver or owner of the vehicle does not pay his ticket immediately, Rostransnadzor (Federal Transport Supervisory Service) will be able to decide to wheel-clamp the truck before it leaves Russia. The vehicle will be temporarily parked at the border crossing. The wheel clamp will be removed once the fine has been paid.

The truck will be allowed to leave the Federation’s territory once the ticket has been paid. If the company does not do this within the deadline, the driver of the vehicle will have to leave the parking place, but will be banned from entering Russia,” stresses Vladimir Afonskiy, Vice-President of the State Duma Commission for Transport and Construction. He pointed out that due to an imperfect legal system and the lack of channels for exchanging data between Russian departments and other countries’ entities, foreign drivers currently go virtually unpunished.

Fines for traffic offences registered in Russia by cameras and speed cameras go to the vehicle owners. Meanwhile, in the case of foreigners, the notification of the offence and the fine must go to a legal person, because the driver is not always the owner of the vehicle. The Ministry explains that “in practice, this does not happen”, because there is no legal representative of foreign transport companies in Russia. Drivers are already obliged to pay a whole range of penalties – for speeding, traffic violations, lack of toll in the Płaton Toll System. In practice, however, it is a formal obligation that can be forgotten after leaving the Federation. “As a result, the delinquents can move freely within Russia unpunished,” admits the Ministry of Transport.

Stopping vehicles at the border will have a direct impact on the legal representative of the foreign carrier. Currently, there are over 330,000 trucks in the register of vehicles with foreign registration numbers,” said Vladimir Afonskiy.

According to the position of the Federal Customs Service, the implementation of the project will require “substantial investment in border crossing infrastructure”. Squares or parking areas for detained trucks, including buses and cars, driver and passenger facilities, restrooms, catering facilities, ATMs and payment terminals need to be built. In addition, there is a need to increase the team of officers at the borders, train and give them additional authorisations, create new procedures, equip border crossing points with appropriate equipment, etc.

The problem has existed for years and it should have been solved a long time ago,” says Valeriy Voytko, president of the drivers’ association Dalnoboyschik. “The fact that foreigners cannot be held responsible has been observed already in 2015, when the Toll System was created. It became particularly acute three or four years ago, when a large number of Chinese carriers appeared on the Russian market and enjoyed a competitive advantage over Russian companies,” he adds.

In his opinion, foreigners most often “neglect to pay penalties for using toll roads and infringements related to overloaded trucks”. Interestingly, the representatives of the Płaton Service disagree with this statement, stressing that “foreign carriers are the most disciplined, and few of them are in breach of regulations.”

Vladimir Matiagin, President of the Gruzautotrans association of carriers, also supports the idea of the Ministry, but he called the wheel clamps “not quite a civilised way”. He made reference to Finland, where customs officers can release drivers with unpaid fines, but if they remain unpaid, the trucker will not receive an entry visa later.

It might be that it is not necessary to be brutal straight away, especially as drivers constantly cross the border,” noted Vladimir Matiagin.

The discussion on the enforcement of fines has been going on in Russia for a long time. In the summer of 2019, President Vladimir Putin instructed the government to prepare an action plan to force drivers with foreign licence plates, including passenger cars, to pay fines. The plan has so far undergone a number of changes, but its final form has not yet come into being. It is also not yet clear when it will be implemented.