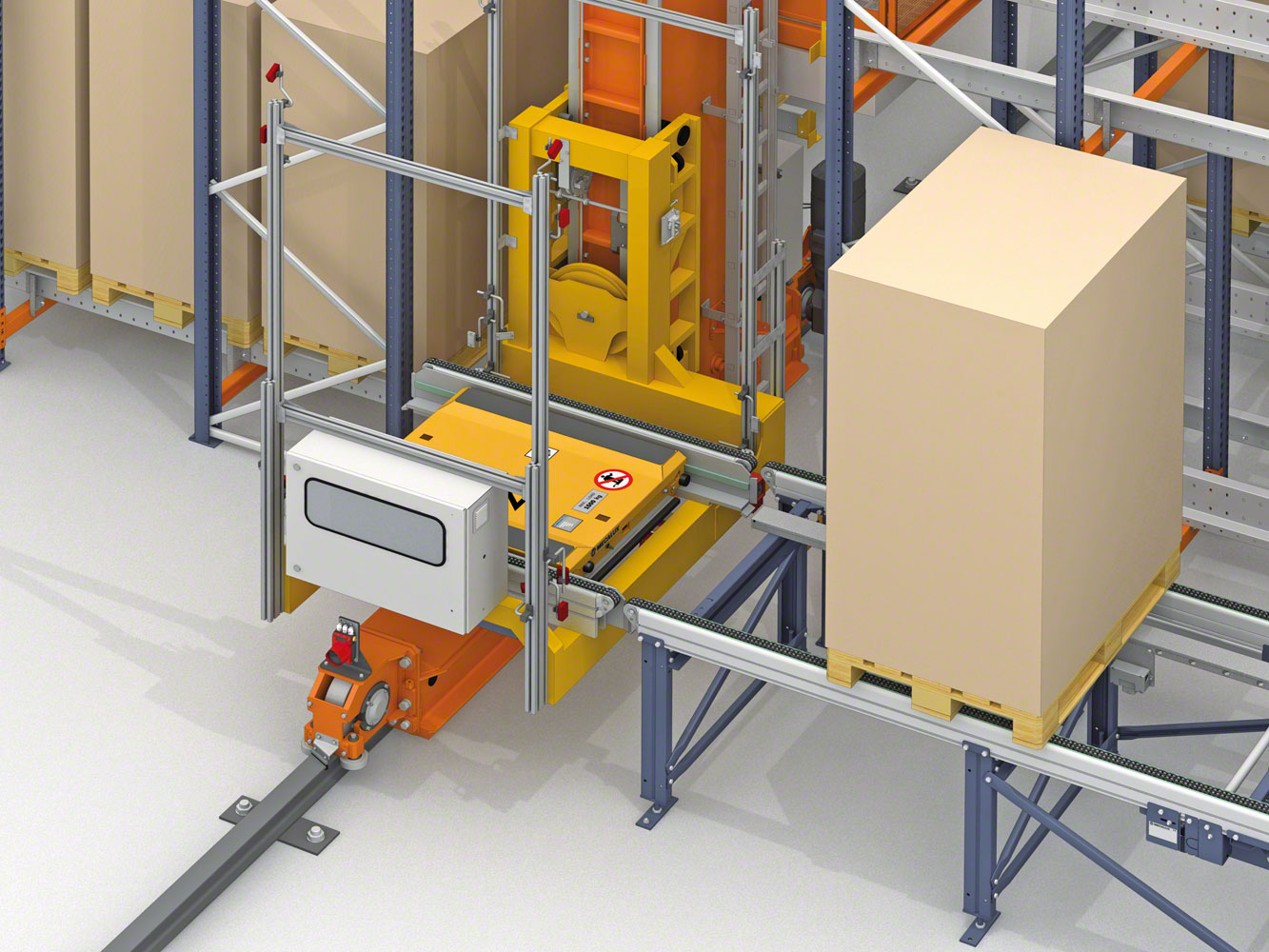 The real revolution of 4.0 is what is happening in two Lanxess warehouses. In one case it was decided to use a push-back racking system in the warehouse and a semi-automatic Pallet Shuttle system. In the second – a warehouse with a fully automatic solution of this type was chosen.

Lanxess is one of the world’s largest chemical companies. It employs more than 19,000 people and has about 70 plants in 25 countries. It develops, manufactures and sells chemicals and plastics. Hundreds of assortment items require efficient logistics service.

The warehouse in Dormagen near Cologne, which is equipped with push-back racking system and the semi-automatic Pallet Shuttle system is already running at full capacity. A common feature of both solutions is the efficiency of load handling, achieved by shortening the time needed to put away or retrieve pallets.

In the case of push-back racking, loading and unloading takes place on the same side. The first pallet is placed in the first position in the channel, the next one pushes it to the next position. This process is repeated until the entire level is full. The key advantages of such solutions include optimal use of available warehouse space. The system is particularly suitable for storing medium rotation goods with two or more pallets per SKU.

Two types of push-back racks are available: with carts and rollers. The variant with carts enables the deep store of two to four pallets. Storage is done by placing the pallet on carts that move along the rails. The operation of the second variant is similar, with the difference that carts and rails are replaced by rollers.

The use of rollers allows deep store of up to six pallets. In both cases, the load is handled using the LIFO (Last in – First out) method. It should be noted, however, that these systems differ in the way pallets are introduced into the aisles.

Push-back racking systems have independent storage levels and are therefore suitable for the storage of multiple items and a small number of pallets per item. This system is recommended for medium to fast rotating stocks (reduced loading and unloading times for pallets). Usually implemented as a supplementary installation, it can be combined with flow racking systems for picking.

Good results, especially in terms of storage capacity usage, but also in terms of the rotation rate in Dormagen, led Lanxess to commission Mecalux to equip a second warehouse, this time in nearby Leverkusen.

Here, however, the Pallet Shuttle system was used in a fully automatic version. The warehouse consists of two blocks of 9 m high racks separated by an aisle in which the automatic stacker crane delivers the loads to the appropriate channels. Upon placing at the entrance to the channel, the pallet with the goods is then transported by the Pallet Shuttle to the designated storage area.

The accumulation system is designed to eliminate the need for the use of forklift trucks inside the storage channels in drive-in racks. This is a suitable solution for warehouses with a large number of pallets per SKU, in which loading and unloading operations are carried out very often. It is also suitable for cold stores and freezers.

The system consists of drive-in racks and one or more Pallet Shuttles controlled by a tablet via Wi-Fi. One device can control up to eighteen shuttles.

The shuttle is selected on the tablet that controls the installation. The Pallet Shuttle is brought to the level where the goods will be stored. The type of palette for handling is also selected on the tablet. The operator places the pallet on the rack and gives the command. The Pallet Shuttle takes the pallet from the beginning of the rack and moves it to the first free space at speeds of up to 90 m/min (it can move pallets weighing up to 1.5 t).

During unloading, the shuttle takes the first pallet from the channel and moves it to the exit position. Pulling out pallets can be carried out individually or several times by selecting the option to unload the entire storage channel or a given number of pallets. The system enables pallets to be compacted at the beginning or at the end of a storage lane.

Automatic stock-taking: Pallet Shuttle can take stock of the number of pallets. You can choose between FIFO (First in – First out) or LIFO systems on the tablet as well as change the side of the rack for handling without having to remove the Pallet Shuttle from the rack.

The operator has permanent control over the shuttles; there is an option of cancelling a command or an emergency stop. The shuttles are equipped with safety devices, e.g. emergency stop or bumper. There is also an option of manual control, in which the following functions are available: forward/reverse driving, lifting and lowering of the platform. In addition, the shuttle can be equipped with a device detecting obstacles in the channel and a positioning camera, which facilitates its placement on high levels of the racking system. An acoustic locator makes it easier to find a particular load in a channel.