Amid demand for goods skyrocketing as lockdowns cease, putting global supply chains under severe strain, the shipping sector is making the most money since 2008, reports Bloomberg.  It now costs $14,287 to haul a 40-foot steel box from China to Europe. That’s up more than 500% compared to a year earlier according to the financial analysis. 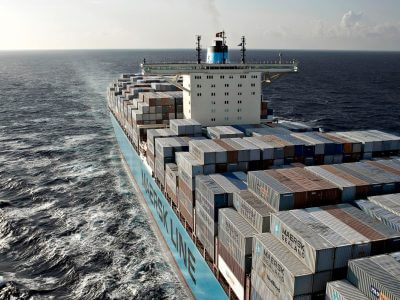 As Bloomberg reports (whose analysis is based on data provided by Clarkson Research Services), it doesn’t really matter what kind of goods or transportations are in focus, whether it’s giant container ships stacked high with 40-foot steel boxes, bulk carriers whose cavernous holds house thousands of tons of coal, or specialised vessels designed to pack in cars and trucks, earnings are soaring for ships of almost every type.

With the merchant fleet hauling about 80% of world trade, the surge reaches into every corner of the economy.

The boom back in 2008 brought with it a huge wave of new vessel orders, but the rally was quickly undone by a demand collapse when a financial crisis triggered the deepest global recession in decades” – reads the report.

The moving forces of this boom are twofold. Firstly, you have the economic reopening after Covid-19 that has spurred surging demand for goods and raw materials. At the same time, there been disruptions caused by the virus in other parts of the world that have hit global supply chains.

The biggest price increase, as Trans.INFO has also reported several times, is centred around container shipping – where rates are repeatedly making new records.

According to Bloomberg’s analysis, these incredible container rates are already showing in the earnings of A.P. Moller-Maersk, who increased its estimated profits for this year by almost $5 billion last month.

In a sign of just how profitable the industry has become, CMA CGM – the world’s third-largest carrier – said it is freezing its spot rates to preserve long-term client relationships.

“While the demand for retail goods is lifting container markets, a recovering global economy is also churning through more raw materials – boosting the revenues of bulk ships that carry industrial commodities,”states the analysis.