Three skips mounted on each other, a vehicle without an MOT, and a driver without a driver's card - Wiltshire police made an unusual discovery last weekend. No wonder the fine was as high as £880 and the vehicle was seized. 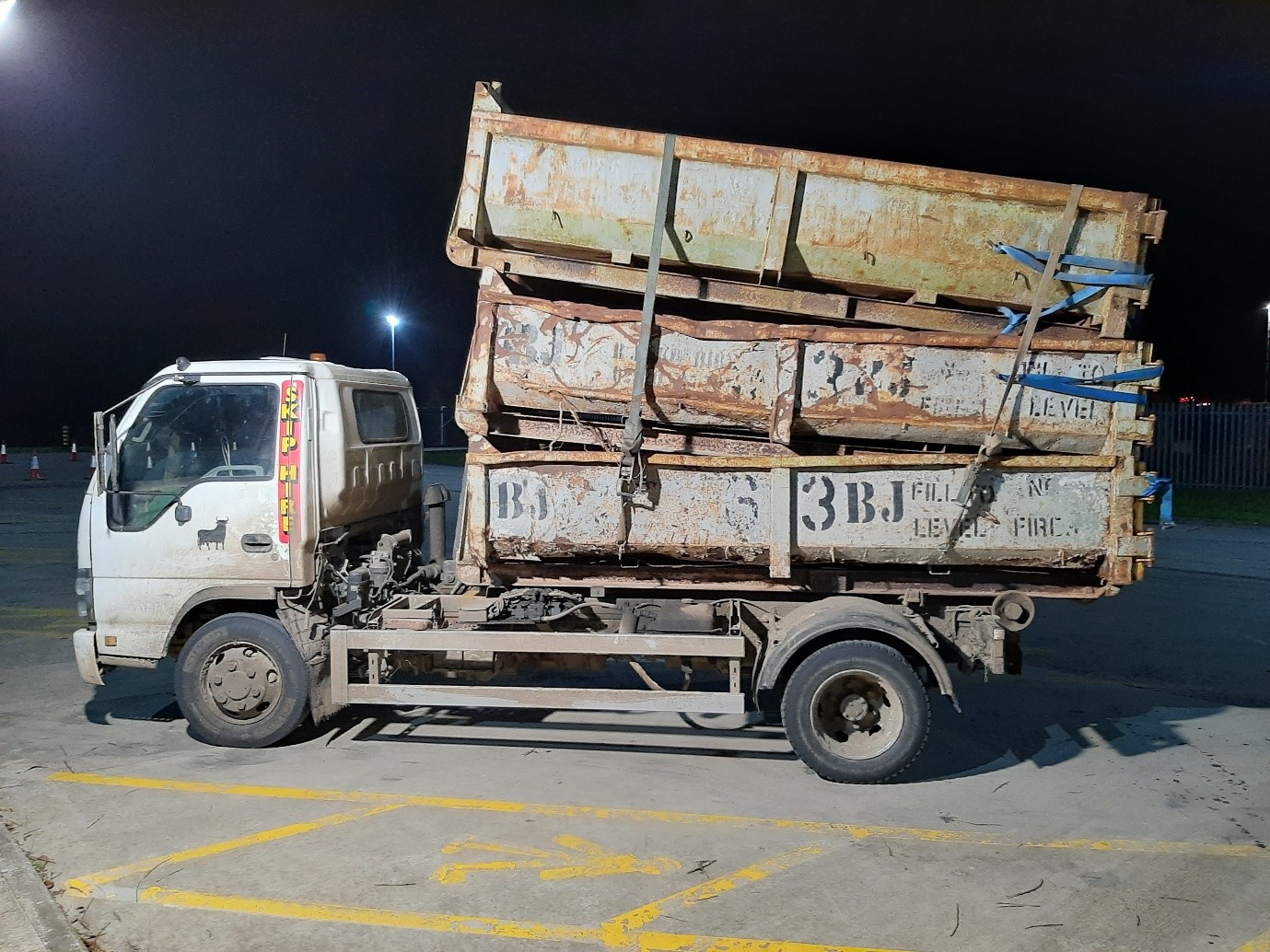 A member of the public informed Wiltshire police last Saturday that they had seen a lorry travelling between Junction 18 and 17 of the motorway with what they believed to be a very insecure load.

Officers located the vehicle, which had three skips loaded onto it, at Leigh Delamere services and escorted the driver to Badbury, where the lorry was inspected.

It was found to have torn straps, the wrong type of hooks, and the body of the skips were rusted around the hooks as well.

When the officers contacted the Driver and Vehicles Standards Agency, they concluded that there were a wide range of offences.

These included the driver having no MOT, no driver’s card, and the condition of the load was deemed to be dangerous.

The driver, a 52-year-old man, was handed £880 in fines, as well as a notice telling him to have the tachograph calibrated. The vehicle was seized.