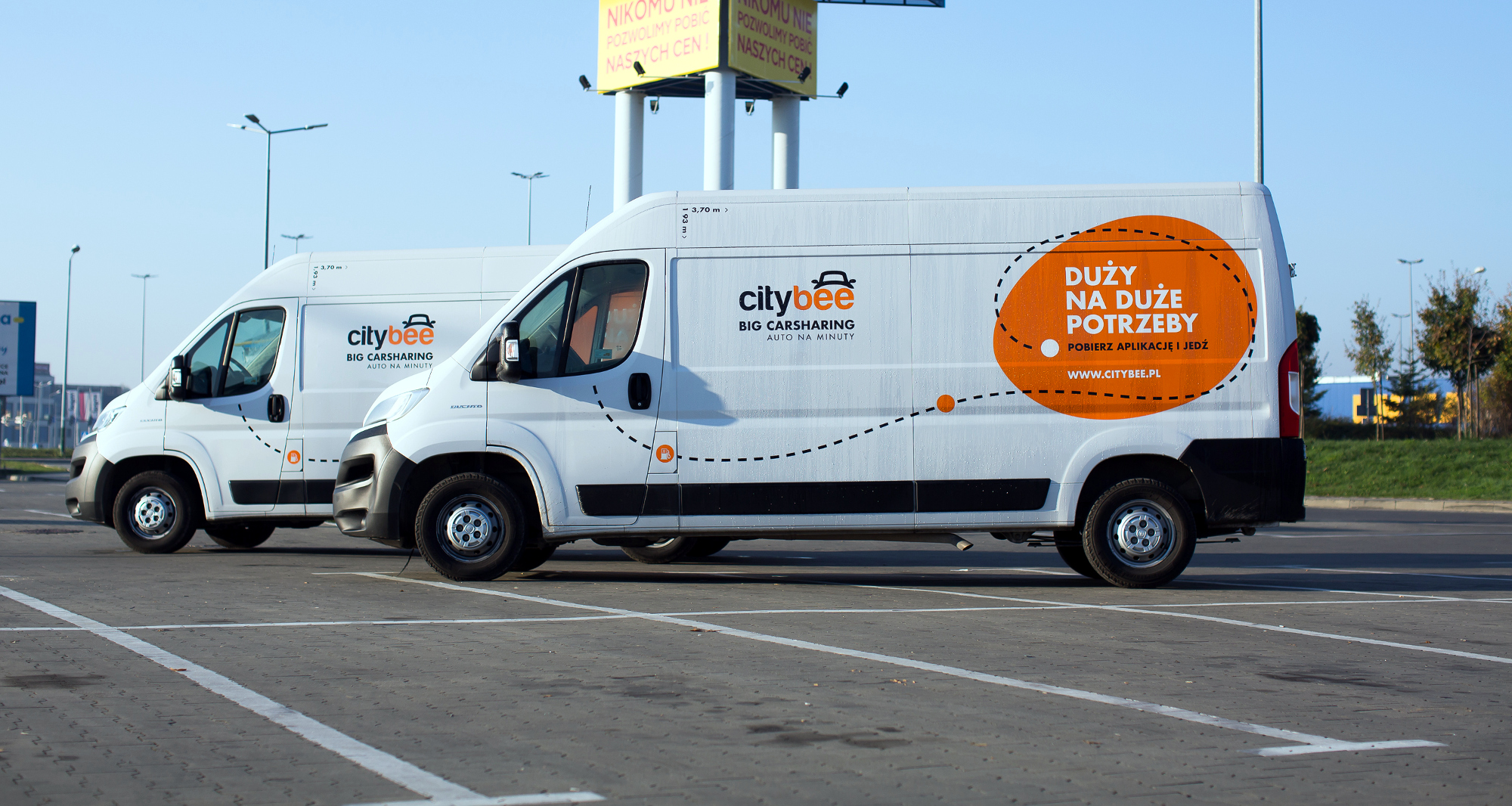 Agglomerations need to meet the challenges of rapid population growth, with increasing demands on air cleanliness and noise reduction. All this happens at a time when the workload for suppliers of goods in the city is rapidly increasing. Urban logistics, therefore, is faced with a number of challenges.

Specialists have no doubt that the challenge in urban logistics will be the development of commercial vehicle sharing, i.e. cargo car-sharing. The aim is to help not only those who supply products directly to customers (many suppliers are already using this form of car rental), but also to encourage those who do not have the appropriate goods vehicles but want to transport the purchased goods quickly and on their own.

The economy of sharing arises from the very essence of car-sharing, i.e. the use of cars without the need to purchase them. A PWC report estimates that in the coming years the European car-sharing market will grow on average by up to one third annually.

“The trend is not only in passenger transport but also in goods transport, Poles are increasingly ready to share vehicle space for different sectors,” we could hear at the Urban Development Forum in Poznań.

Traficar offered delivery vans (TraficCargo service), which appeared in mid-2018 at the IKEA stores in Warsaw, Poznań, Wrocław and Katowice. At that time, 30 cars were made available for the customers (previously, the service of renting a van for minutes was available only in Kraków). A few weeks ago, it was announced that TraficCargo, i.e. delivery vehicles for minutes, can be found at 32 stores in 9 Polish cities. All you need to rent one is an application. A new feature of the service, introduced as a pilot project in two cities, is the possibility of returning the car in any allowed place in the rental end zone.

BIG Carsharing is another example of how passenger car sharing can be successfully transferred to the vans market. In the summer of this year, the operator CityBee that offers this service expanded its fleet by 25 delivery vans. Citroën Jumper vehicles were made available to the users of the application. White-and-orange delivery vans first appeared on the streets of Warsaw and later in Kraków, Tricity, Białystok, Lublin and Bydgoszcz. Currently, the company offers 175 delivery vans in 10 Polish cities. In total, there are more than 100 zones in Poland from which you can rent vans or leave them there. Apart from the mentioned Jumper vehicles, the fleet includes 90 Fiat Ducato vans and 60 Volkswagen Crafter ones.

“Since our debut in Poland in October last year, the number of cars available in the CityBee application has increased more than tenfold. Our users have travelled over 1.2 million km. We are successively developing our fleet, making sure that cars are available in those places where the interest in car-sharing is greatest. CityBee has its zones, among others, in car parks near dozens of OBI DIY stores, M1 Shopping Centres and at the Ikea Targówek store,” commented Cezary Dudek from CityBee Poland.

Due to their large size, CityBee vans are available in designated areas where parking a 6-metre delivery van does not pose a problem. The whole rental process is done through an application, which after switching on locates vehicles in the nearest zones, and after booking a selected car, the user has 15 minutes to reach it.

Cross-docking warehouses will gain in importance

AXI IMMO report confirms that the development of specialized city logistics must be accompanied by the establishment of modern, relatively small warehouses in cities or in their immediate vicinity. Demand for such facilities is reported in particular by logistics operators (35%), retail chains (15%), distributors (13%) and the e-commerce sector (12%). In the coming years, time will remain the primary criterion for assessing the effectiveness of urban distributors. It can be shortened by the proximity of cross-docking warehouses, where basic picking operations are also performed. The challenge for operators and distribution carriers will, therefore, be to be able to cross-dock or repackage the goods (usually from truck to delivery van) and ship them to the recipient without additional storage.

“Such warehouse is located within the administrative boundaries of the cities which allows companies to quickly distribute goods. The dynamic growth of the e-commerce sector further increases the demand for warehouses with small modules,” says Andrzej Rosiński from Waimea Holding.

Therefore, we should expect the development of urban projects, both SBU (Small Business Units) and slightly larger, related to the logistics of the last mile. Such cities as Gorzów, Świebodzin, Legnica, but also Olsztyn and Elbląg have a chance of modern distribution centres. This does not mean that the key markets for the warehouse sector will be left behind, including the cities of Upper Silesia, Warsaw and Wrocław.

Cross-dock halls are a way to speed up the flow of goods through the supply chain. This makes it easier to reach the end-user more quickly without the storage stage. All operations are carried out directly in the vicinity of ramp zones and require good synchronization of work.

“The aim is to reduce the costs associated with storage of goods in the warehouse, shorten the time of their delivery to the customer and reduce the warehouse space,” explains Radosław Szymczyk from ID Logistics.

All this reduces the number of links in the supply chain, making delivery times shorter. Provided, however, that it is understood how important it is to synchronize the work of the various suppliers whose products make up the final order in a skilful and meticulous manner. The risk of losing control over the flow of goods must be taken into account (uncontrolled replenishment of stocks may lead to an oversupply of any product range).

There are plenty of examples. Waimea Holding as part of its own project called Small Warehouses, will build several dozen facilities throughout Poland, equipped with its own infrastructure, including multi-purpose cross-dock gates and parking lots. In addition, 7R in Łódź is building an SBU facility, which is part of the 7R City Flex Last Mile Logistics chain (the company’s fourth project under the concept of urban warehouses developed in Poland), and such halls are also being built by Hillwood Polska. In Ruda Śląska a cross-dock terminal for DPD is being built, the second warehousing and sorting facility, built by Hillwood for DPD in the BTS (built to suit) formula. This cross-dock facility will be commissioned in the third quarter of next year. The distinctive, narrow building will serve as a courier cross-docking terminal. It will be fitted with so-called combidocks, which can handle both large trucks and vans.