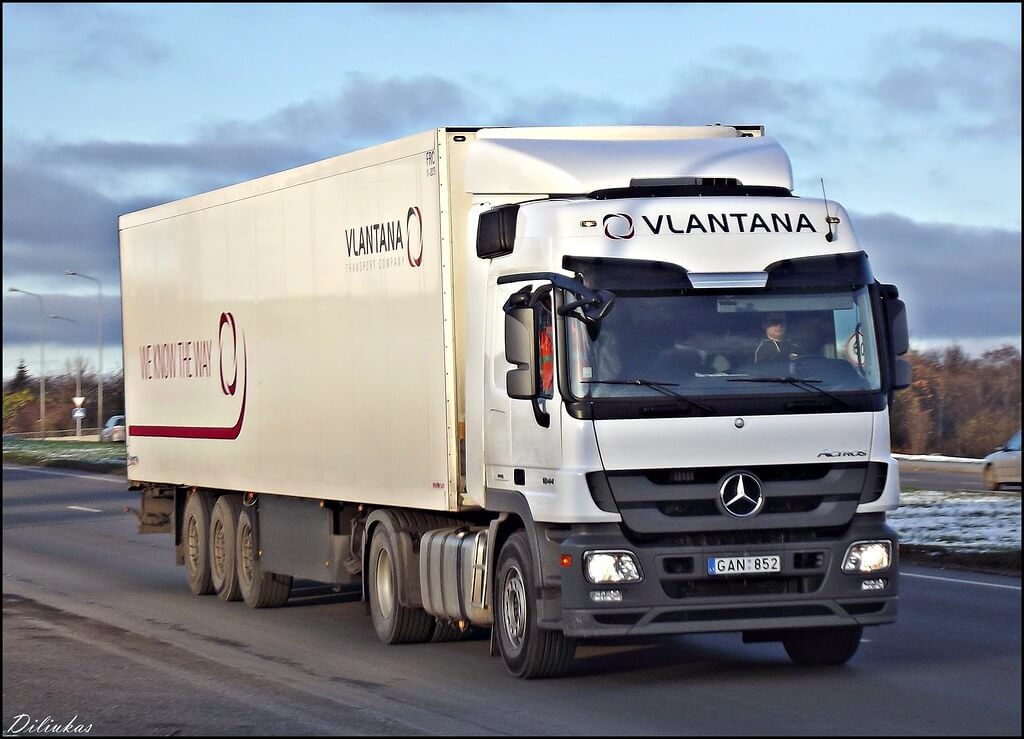 The trial against Vlantana Norge, the Norwegian subsidiary of the well-known Lithuanian transport company Vlantana, began on 11th January. Drivers who formerly worked for the carrier are demanding a total of €1.5 million in compensation for unpaid wages.

For those unfamiliar with the case, the Norwegian Transport Inspectorate, together with the Lithuanian authorities, launched an investigation in 2019 that found Vlantana Norge had systematically broken the law in the way it paid over 200 of its drivers.

The workers had accused the carrier of illegal dismissals, falsification of working time records and non-payment of wages. In early 2020, the company lost its licence for road transport in Norway, after which it officially ceased operations.

52 professional drivers formerly employed by the company then decided to sue their former employer in order to receive compensation for unpaid wages. As reported by the Lithuanian portal delfi.lt, each of the workers is demanding €29,000 in the Norwegian court, so the claims in total amount to more than €1.5 million.

The defendants blatantly took advantage of the plaintiffs’ difficult situation and committed systematic violations of workers’ fundamental rights over a long period of time. These actions indicate widespread social dumping,” argues law firm Andersen & Bache-Wiig, who are representing the drivers.

Lawyers for the drivers describe the company’s work system as “a regime clearly based on fear” in which workers were “exploited and manipulated.”

The truckers claim that even before they were hired, they had to sign a request for dismissal by mutual agreement, which had no date on it. Furthermore, the documents were written in Norwegian, a language none of the drivers spoke.

According to the victims, they were put under pressure by the carrier to break the rules on working and rest time and to commit fraud by understating the actual number of hours worked.

According to Andersen & Bache-Wiig representatives, the company’s bankruptcy resulted from its illegal practices of its CEO, not with the company itself. The law firm claim that CEO Vladas Stončius “knew about the underpayments, as well as the difficult situation in which the victims found themselves throughout their employment.”

Vlantana Norge claims the drivers were to blame

Meanwhile, Vlantana Norge’s representatives claim that the drivers themselves are to blame for the situation:

The financial situation of Vlantana Norge means that the company is unable to compensate the affected drivers. Therefore, if the carrier loses the lawsuit, part of the compensation will have to be paid by CEO Vladas Stončius himself.