The Spanish Ministry of Transport has recently announced the plans to start enforcing the ban on spending 45-hour rest in the cabin. Some of the local carriers are satisfied with that, while others see it as a serious problem for the industry.

In connection with the judgement of the Court of Justice of the European Union, which was issued in December last year, Fenadismer, the Spanish federation of transport associations, at the beginning of 2018 asked the Minister of Transport, Íñigo de la Serna, to enforce the provisions of the Regulation EC 561/2006. The association want the Spanish government to introduce as soon as possible sanctions for spending regular weekly rest in the cabin and to start controls.

Spain will enforce the ban

The Spanish resort responsible for transport confirmed that it is currently working on the appropriate changes in the law. The proposed regulation provides for the punishment for spending 45-hour rest in the vehicle.

It will come into force on 1 July this year. Then the Spaniards will start enforcing the ban on spending the regular weekly rest in the cabin of the truck.

Problems with the ban

While the carriers of Fenadismer association are pleased with the changes planned by the Ministry, the companies carrying out international transport are afraid of the consequences.

The carriers are to be punished by withdrawal of the regular weekly rest in the cabin, although there is no proper alternative for spending the night in the vehicle? – the head of Astic asked.

According to Valdivia, the decision of the EU Court of Justice brought legal uncertainty in the transport industry. Therefore Astic calls for the introduction of alternative solutions, because no Member State has the appropriate conditions so that the drivers could spend the rest comfortably and securely.

Now the punishment will be imposed on what was a daily practice for more than 10 years of validity of the Regulation (EC) 561/2006. All of this facing the lack of appropriate infrastructure that would allow drivers to rest safely – Valdivia stressed.

According to the Spanish association, the solution to the problem of bad working conditions of the truckers would be more flexible provisions of the Regulation (EC) No. 561/2006 concerning the working time and rest periods. To do this, a few years ago Astic created the initiative „back home”, which was supported by the associations from Portugal, the Czech Republic, the Association of the International Road Carriers (ZMPD) and the International Road Union (IRU).

As we got to know in an interview with the technical director of Astic, José Manuel Pardo, the aim of the initiative is to extend the current period of six days of work and 45-hour rest to 9 working days and 3 days of rest.

Pardo gave the example of a driver driving from Madrid to Warsaw, who under the current rules would have to stop for a 45-hour rest somewhere in France or Germany. If, however, the driver had the possibility to extend the working time, they would rather go home to spend time with the loved ones instead of staying on the car park.

The solution proposed by the association has advantages both from the perspective of drivers and carriers.

On the other hand, however, the trader could be relaxed about the safety of the driver, load and vehicle. According to Pardo, if the European Commission accepted the Astic offer, the driver would have a choice and could leave the vehicle in a safe place, which is a company’s registered office, and go spend time with family.

What do you think of the solution offered by Astic? Would „going back home” improve the working conditions of drivers?

Dreadful visions of the Mobility Package... 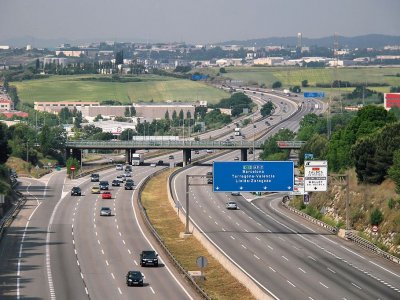 Spain suspends truck bans over the...

#ban on sleeping in the cabin#Spain