The Swedish Government wants to introduce new rules to reduce the risk of jackknifing accidents for HGVs with semi-trailers. If the EU allows the rollout of the planned rules, tyre pressure on the driven axle or on the wheels of the trailers would be regulated from December to April. 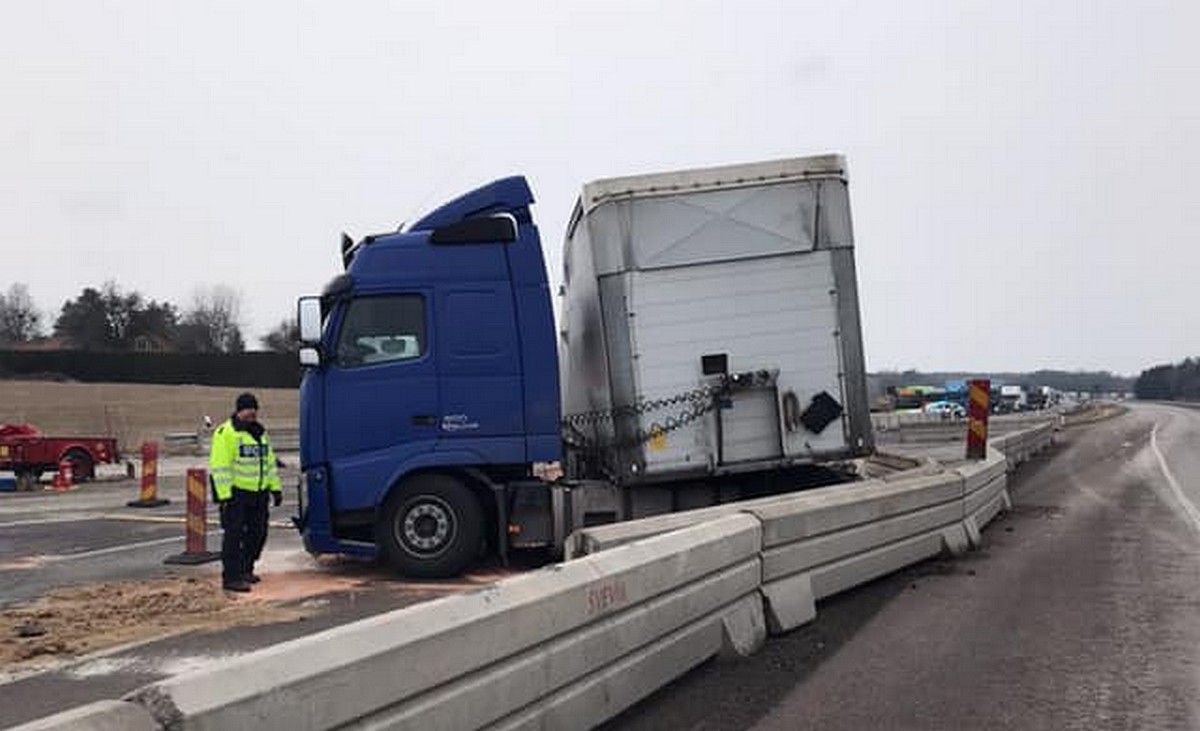 “The government is working in every way to increase safety on Swedish roads. In recent years, we have seen several serious accidents in which HGVs with trailers were involved. Therefore, both the government and the industry want to see stricter rules,” says Minister of Infrastructure Tomas Eneroth.

The background to the proposal is that there has been an increase in the number of jackknife accidents when the driver has lost control over the vehicle, or whereby the trailer has left its alignment and spun toward the cab.

The risk is greatest in winter road conditions when the friction between the road surface and the tyres is not sufficient. An important measure to prevent this kind of accident would be to introduce the requirement of sufficient pressure on the driving axle.

For heavy goods vehicles with two axles that have one or more trailers coupled, the load must be distributed according to the proposal as follows:

The proposal for new regulations is now being sent to the European Commission, which is a requirement for the government to be able to make a decision on it later. If it is accepted, the requirements would apply during the winter season (December 1st to March 31st).