Most truckers say their profession is not the easiest one. Denying this – stress, restrictions, regular checks – would be hard. And what about the work of transport inspectors? As it turns out, their job can also be just as difficult and stressful. Belarusian officers could experience this a couple of weeks ago when they had to wait for seven hours for a trucker who locked himself inside the cabin. The driver did not want to make them available for tachograph control.

Road transport inspectors in the Baranavichy region of mid-west Belarus stopped a truck registered in Kazakhstan for inspection. The car was transiting through Belarus. The authorities wanted to carry out a routine check on working time, which should have run smoothly. But not this time.

The incident took place on the route Baranavichy-Grodno, about 150 km from Minsk. The trucker was asked to provide access to the tachograph for control.

As a response, the 46-year-old citizen of Belarus blocked the cabin door and spent seven hours in the close, from 10 am to 5 pm. During that time, the inspectors tried to speak to the driver and convince him to leave. All in vain. Only when the police with the operational team arrived on the spot, did the desperate trucker decided to open the cabin.

Inspectors quickly learned what the reason for the driver’s fright was – the card in the tachograph didn’t belong to him. The trucker received a fine of 1020 Belarusian rubles (approx €420 / £360 ) for refusal to submit to control and violation of working time, This amount, according to other drivers, was too low. The number of road accidents in Belarus involving trucks, caused by driver fatigue, is growing. According to drivers’ opinion, the penalties for similar offences should be the same as those applied in European Union countries.

Germany: drivers are creative in camouflaging themselves

Violations related to driver’s time of work and rest regularly occur in every country. And therefore, attempts to cover up the offence happens almost as many times. Drivers do not always succeed, although their methods to escape the penalty is fantastically varied.

In 2017, the news was loud about the story of a Lithuanian driver. When he saw the BAG officers discussing how to secure his truck, he just dragged the curtains in the cabin, closed the door and walked away. He returned only a few hours later at night when the inspectors were no longer in the parking lot. 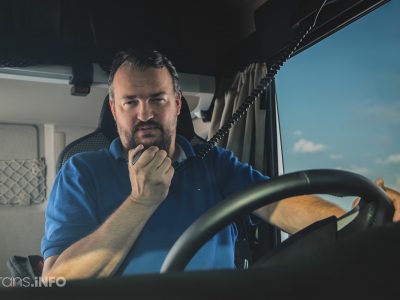 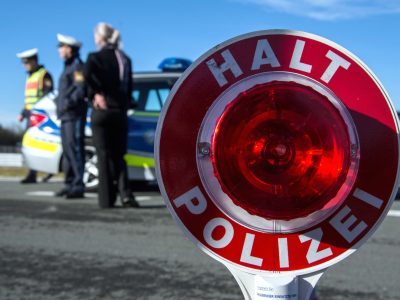 No pandemic stops German police to...