Taxirail’s autonomous train concept to be adapted for freight

Brittany-based Taxirail SAS, who aims to have its light autonomous shuttle trains operational from 2025, now intends to adapt its concept design to make the trains suitable for facilitating parcel deliveries. 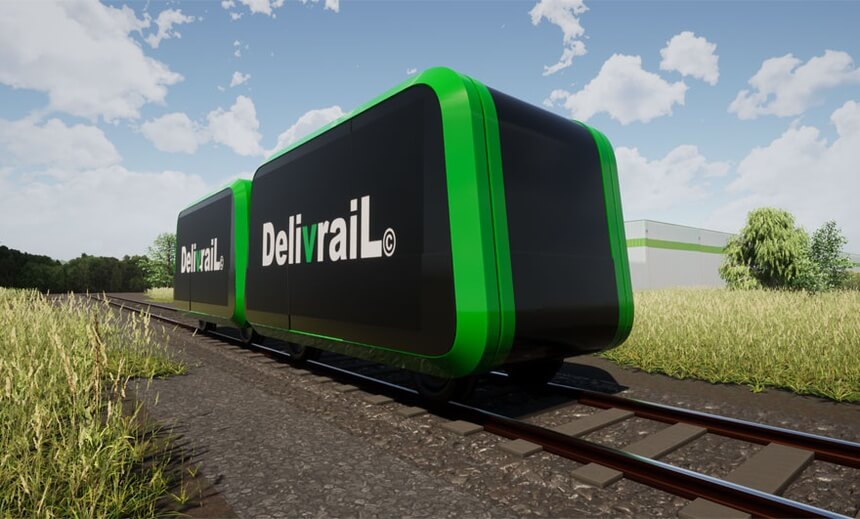 As reported by French logistics website actu-transport-logistique.fr, Taxirail will launch a feasibility study to see if its concept can meet the needs of both passenger and freight customers.

It is reported that the Taxirails will have a range of 600 km and be powered by batteries equipped with a range extender running on hydrogen.

The cargo version of the autonomous train shall be capable of transporting 2.5 t of freight at a maximum speed of between 90 and 100 km/h, depending on the condition of the rail track. Its loading volume will be 28 m3.

The company claims it has already received expressions of interest from shippers wishing to shift to a low-carbon modal shift approach.

The first few autonomous trains are expected to be up and running in 2024 and 2025 respectively. Taxirail hope to sell 500 trains over a 10 year period, with 15-200 of those being the freight variety.

The loading and unloading of the cargo in the trains would be carried out in the stations by the staff in charge of operating the line. From there, the packages would be placed in a locker for direct withdrawal by the customer, or be passed onto last mile delivery carriers.

In the meantime, Taxirail SAS is said to be in talks with a large French group regarding a potential investment.