Croatia is updating transit rules, while Hungary is extending the relaxation of drivers’ hours’ regulations. Denmark and France have published instructions for foreign drivers.

International transit of trucks via Croatia or with unloading in Croatia functions without restrictions. Drivers must, however, use the green corridors (you will find them on the map ) – reports the International Road Transport Union (IRU).

These are the border crossing points designated for truck drivers in transit:

On the border with Slovenia: Bregana and Macelj,

On the border with Bosnia and Herzegovina: Nova Sela, Stara Gradiška and Slavonski Šamac,

On the border with Serbia: Bajakovo.

The waiting time at the borders can be checked on the Croatian automobile club website.

As the Polish Embassy in Croatia explains, drivers unloading transport in Croatia should have a contact number of the receiving company (that is answered even after business hours). Customs may request confirmation of receipt of the goods as soon as they reach their final destination.

According to IRU, no convoy is required for unloading shipments in Croatia, and on April 18, Croats abolished this measure also for transit. Earlier, transit journeys through Croatia took place in convoys piloted by the police.

Hungary extended the relaxation of Regulation (EC) No 561/2006 on drivers’ hours’ regulations until 31 May.

According to the IRU, measures adopted in Hungary provide for the following derogations:

Article 6.1: extension of the maximum daily driving time from 9 to 11 hours,

Article 6.2: extension of the maximum weekly driving time from 56 to 60 hours,

Article 6.3: extension of the maximum two-week driving time from 90 to 105 hours,

Article 7: the opportunity to collect a 45-minute break after 5.5 hours of work,

Article 8.2: possibility to shorten the daily rest from 11 to 9 hours,

Article 8.6: reduction of the regular weekly rest period from 45 hours to 24 hours, provided that the reduction is compensated by an equivalent rest period block applied by the end of the third week following the week OR:

Article 8.6: option of receiving a weekly rest period after seven 24-hour periods (instead of six).

On 16 April, the Romanian CNAIR road management extended the relaxation lifting of driving restrictions for vehicles with GVW above 7.5 t on DN1 (E60) between Ploiesti and Brasov until 14 May. Driving restrictions still apply on the DN1 route between Bucharest and Ploiesti.

Also, traffic bans on Sundays and holidays (30 April and 1 May) for vehicles over 7.5 tons on the A2 (Bucharest – Constanta), DN7 (Pitesti – Vestem) and DN39 (Agigea – Mangalia) motorways have been lifted until 14 May.

Danish transport organizations have published instructions for truck drivers and carriers, reports the IRU. The document can be found on the website of the International Road Transport Union.

Guidelines for the transport industry have also been published by French associations and approved by the labour and health departments there. Unfortunately, only the French version of the manual is available. 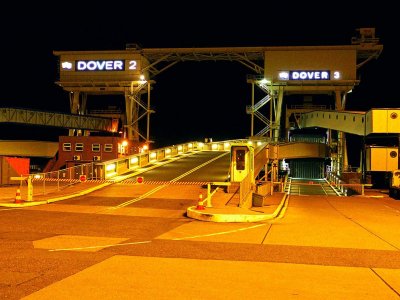 France shut borders due to new... 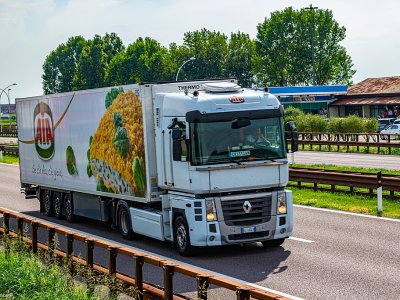 Italy removes truck bans until the...