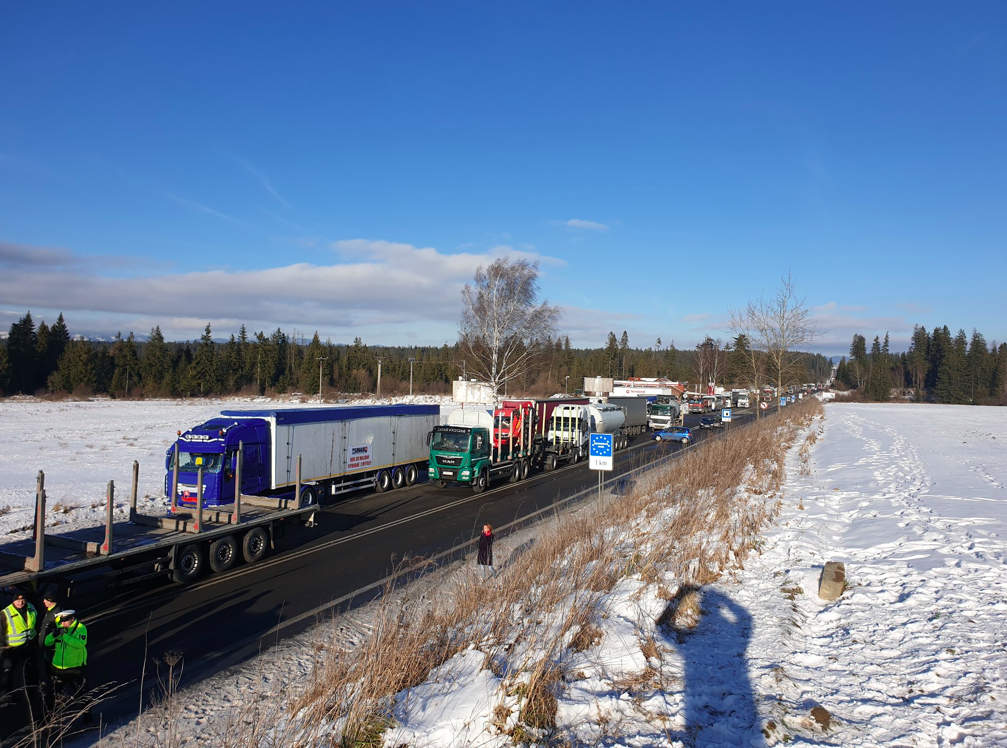 Yesterday, Slovak trucks blocked the border crossing in Chyżne and the streets of two cities. Today, carriers from Slovakia are protesting again.

Yesterday the blockade of Slovak carriers caused queues of several kilometres on both sides of the border. The strike organized by the Slovakian Road Transport Union also covered the streets of Bratislava, Orava and Koszyce.

Today, protests are continuing in Bratislava but not only there. Carriers have planned a blockade in the city of Ružomberok (intersection I / 18 and I / 59), in the city of Trstená on the R3, on the R4 in the town of Kechnec in the direction of Košice, as well as on the Polish-Slovak border crossing Trstená – Chyżne.

Police reported that the situation at the border is monitored and recommended drivers to use the border crossings of Suchá Hora, Oravská Polhora and Bobrov.

The strike of carriers also blocked the city of Ružomberok, so the police advise passing through the Čertovica Pass to Banská Bystrica (in both directions).

The strikers demand a reduction in road tax and suspension of toll collection until a new toll administrator is appointed.