Hegelmann has become the first transport and logistics company in Lithuania to win the “Top Employer Lietuva" certificate by the Top Employers Institute. The Lithuanian carriers trade union has nonetheless reacted to the news by writing “reality is often overshadowed by what is broadcasted to the public". 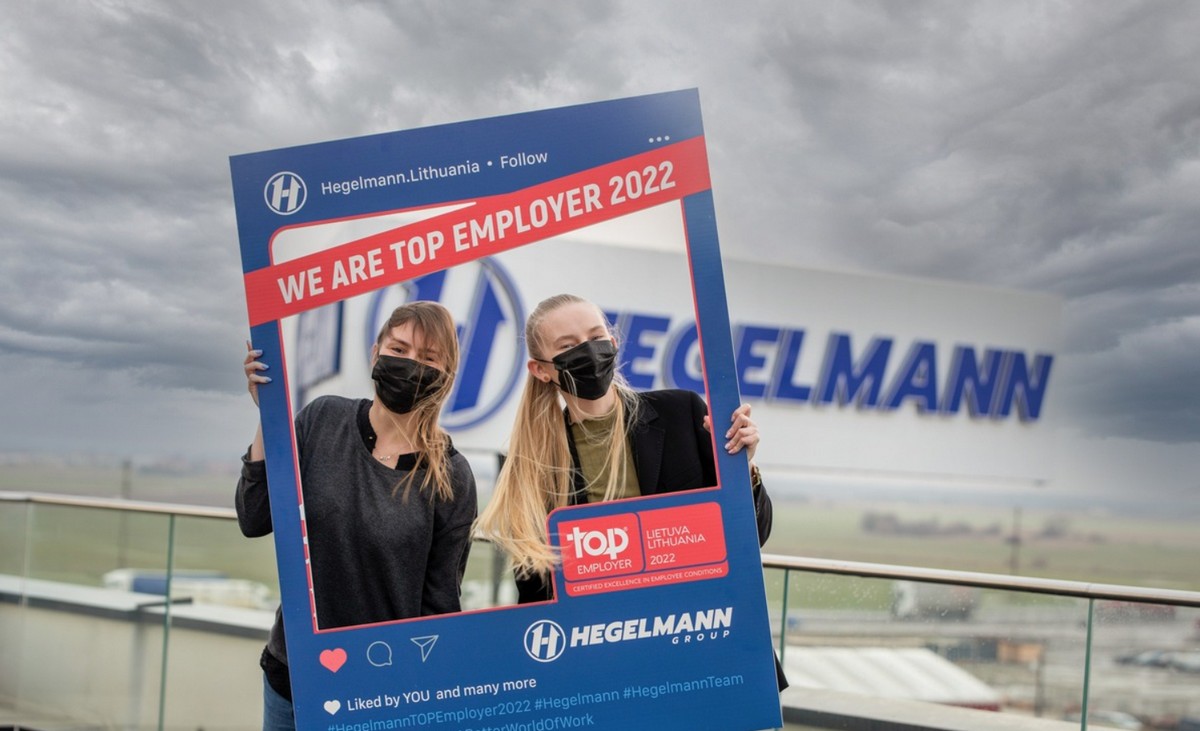 As Hegelmann explained on its Facebook Page, the “globally recognized Top Employers Institute certificates” are awarded to companies for “exceptionally good working conditions”.

The company states it won the award for excelling in the areas of leadership, corporate and people management strategy, work environment and employee engagement.

The panel who give out the awards are said to take into account “the working environment, talent acquisition and integration of employees, employee well-being and engagement, employee benefits, learning and development, and employee career prospects.”

“This certificate is a significant assessment for us; it confirms that we are developing relations with employees in the right direction. At the same time, it is a map showing the direction in which we can still improve. As part of the Top Employers Institute program, we can gain international experience in ensuring the best team development strategy. We plan to continue the development in Lithuania, thus ensuring the well-being of employees is our priority.”

“The tasks of our employees are dynamic and full of challenges, so we constantly encourage them to improve themselves by attending internal training courses. We also organize lectures with various lecturers, seminars, conferences, provide access to an electronic platform for personal development courses, and give employees the opportunity to further their education in their chosen foreign language.”

When it comes to drivers, Aistė Mardosaitė, Human Resources Manager at the Hegelmann Group, commented:

“We strive to make drivers feel comfortable and safe working in our companies, so they are given one of the newest and safest vehicles on the market. We created an opportunity for drivers who worked during the holiday period to talk to a psychologist over the phone about their emotional well-being.”

The award comes despite the company’s name being connected with numerous allegations of social dumping and employee exploitation when it comes to HGV drivers.

Just before Christmas, police officers in Belgium found a Ukrainian lorry driver employed by a Polish subcontractor of Hegelmann. Photos used by the press also showed the truck that was stopped by police was hauling a Hegelmann trailer. It turned out the truck driver had been staying in his truck for 17 weeks, sleeping motorway rest areas. In addition, he had received no salary for 4 months and had to scrape by via the use a company top up card with a few-dozen euros of credit on it.

Hegelmann then issued a statement to say it was “shocked” by the allegations and would be conducting an investigation regarding the case.

“Our findings are shocking and we consider Hegelmann’s activities to break Europe’s most important and fundamental principles of security for workers and fair competition between companies.”

Evidently unimpressed by the Hegelmann’s award, the Lithuanian carriers trade union wrote on Facebook: “the reality is often overshadowed by what is broadcasted to the public”.

The same post included a clip of the cramped accommodation that was allegedly provided to 3rd-country drivers driving trucks for Hegelmann. Captioning the video, which featured in the award-winning 2021 Lorry Slaves documentary, the trade union wrote: “Let’s see how the Hegelmann drivers reside. Are these conditions really worth the prestigious evaluation?”