Swiss combined transport operator Hupac is opening a new transhipment terminal in Brwinów near Warsaw. The company says the facility supports the sustainable exchange of goods in central and eastern Europe and enables the further growth of combined transport. 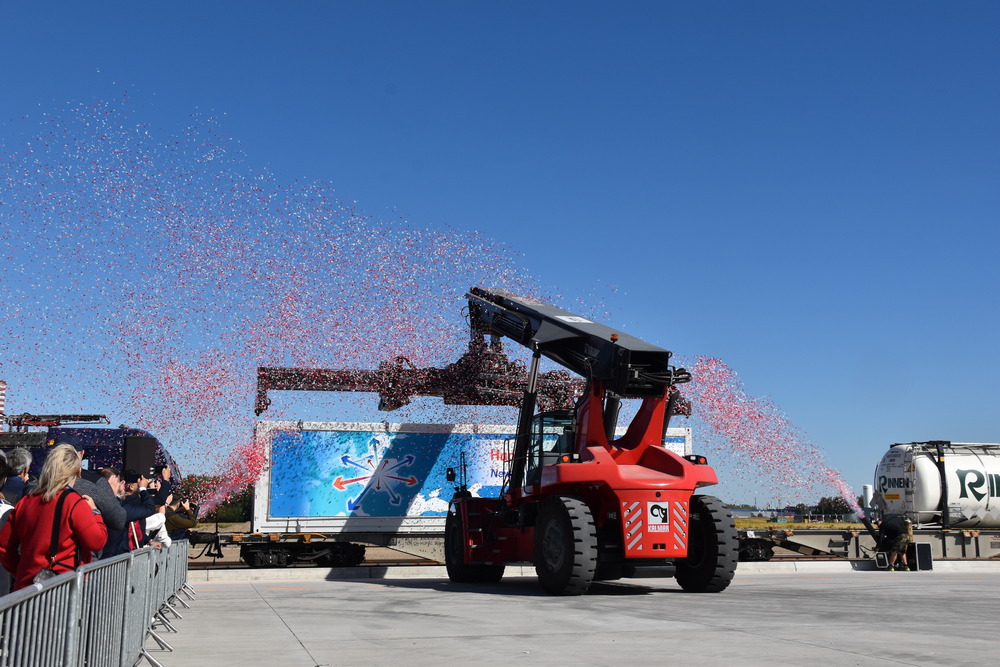 The HTB Hupac Terminal Brwinów is located in a logistics district about 25 km southwest of Warsaw.

The facility can shift up to 180,000 containers a year from road to rail, in turn reducing 10 kilometres of traffic congestion every day and CO2 emissions by up to 250,000 tons per year.

The investment costs amounted to EUR 37 million according to the Hupac Group. The terminal covers an area of 140,000 m2 and includes a check-in area, a transhipment area of 42,000 m2, office facilities and technical buildings. In addition, there is another plot of land of 160,000 m2 for future developments.

During the official opening, Michail Stahlhut, CEO of the Hupac Group, explained how the facility shall expand:

“The development of the infrastructure is taking place according to our proven step-by-step approach. In the first phase, we will put two transhipment tracks and three service tracks into operation. Loading units will be handled by reach-stackers. In a second phase, we will scale capacity and install another three transhipment tracks as well as powerful gantry cranes.”

“We would like to thank our partners and the institutions who supported us in the realisation of the project from the very beginning: the Polish Ministry of Transport, the Masovian Marshal’s Office with Marshal Adam Struzik, the city of Brwinów with Mayor Arkadiusz Kosinski and the Swiss Embassy in Poland. We would also like to thank Siemens Mobility, whose Vectron MS locomotive presented at the terminal is an excellent example of a technologically advanced and modern vehicle supporting intermodal transport in Poland and Europe.”

The owner and operator of the transhipment terminal is Polish company Hupac Terminal Brwinów Sp. z o.o. The handover of operations will take place in autumn 2022. In the initial phase, the terminal will operate in two shifts.

“Until now, there were no capacity reserves for intermodal transport within 120 kilometers of the Polish capital. The new terminal creates prospects for the growth of the entire sector.”

“Brwinów in the heart of Poland is the ideal location for international connections to the Polish market. In the mid-term, we see opportunities not only in strengthening traffic on the east-west axis, but also in developing traffic on the north-south axis, where Brwinów can take on a central hub function.”