The transport and logistics of containers is considered a difficult task. Heavy units should be handled as smoothly as possible and chassis and semi-trailers have to endure a lot. Land transport is dominated by 20 feet long containers (approx. 6 m), but there are also larger ones (30 and 40 feet). Chassis manufacturers try to find a way to handle each of them with one means of transport.

Transport of containers by land is regulated in detail by the regulations of the Minister of Infrastructure. One of them (2010) lists the national roads on which heavy goods vehicles can be driven and the other (2004) sets out the technical conditions for such transport. Failure to comply with the conditions will result in additional costs, the obligation to purchase appropriate permits or to unload some goods from containers. It must be taken into account that these costs should be covered by the customer. To make sure that the delivery reaches its destination on time and without any problems, it is worth hiring specialists and a reliable trusted forwarder.

Intermodal transport is based on them

Although in Poland the intermodal is dominated by cargo transported by sea, road transport also plays a significant role here (about one-third of the total volume). Containers are the basic method of transport in the case of sea cargo, and three-quarters of intermodal terminals operating in Poland handle rail-road shipments (road terminals), while the remaining ones are focused on sea-rail and sea-road shipments (sea terminals).

In any case, the main focus is on containers. Only at a later stage of distribution, it is reasonable to transfer products onto pallets. Most terminals are adapted to handle all types of containers. Neither their length nor their height is a limitation (apart from standard containers also high cube units are common).

The cooperation between the shipper and the carrier usually takes place through one of the large logistics operators. The carrier must, first of all, have the appropriate equipment and be aware that the transport of containers by land is subject to a number of legal regulations. Due to the size and weight of the cargo, it is necessary to plan the route and working time of the driver very carefully. In case of a mistake, it may turn out that the delivery will be significantly delayed and the distance will be much longer.

Logistics of containers with dangerous goods

In the case of companies providing container transport services, accessibility, cost transparency and delivery times to the final recipient are particularly important. Customers can make use of increasingly modern tools which enable them to e.g. automatically calculate transport costs (online).

Apart from the infrastructure, the inland container terminals offer little flexibility when it comes to storing and taking up empty containers. This negatively affects the organisation and cost of the logistics process. Terminal operators try to offer additional services to their customers, e.g. full customs service, port services in Poland and abroad, or storage of containers.

Both service providers and customers need to be aware that terminal operations require appropriate tools. Apart from trans-shipment cranes (e.g. reach stackers) or shunting locomotives (road-rail terminals), often operators also have their own truck-tractors and semi-trailers for transporting containers. Dedicated IT systems for recording movements and tracking the location where individual containers are stored are currently obligatory equipment. It becomes quite obvious that terminal entries are equipped with cameras that record virtually every passage of the container (visual inspection and data recording are to help with possible complaints, in case of reporting the damage to a container or cargo it can be quickly determined in what condition the unit load entered the terminal area).

More and more terminals (e.g. BCT – Baltic Container Terminal) enable their customers to check in real-time the expected time of unloading the container from the ship.

It allows checking when a given container will be unloaded, which in turn enables more effective planning of cargo transportation from the terminal by a truck. The service is based on an algorithm that determines the time of unloading based on the estimated time of arrival of the ship, its handling plan and the working sequence of the terminal equipment. Any changes in these parameters are recorded in the system on an ongoing basis, and the algorithm, using this information, also updates the unloading time on an ongoing basis.

This information allows the customers of the terminal first of all to precisely plan the land transport of the container and eliminate unproductive waiting time on the yard, which may involve additional costs. This is especially useful when a ship with a large number of containers is handled, for which the unloading time is usually several dozen hours.

In the next part, you will read about the means of transport and other tools used in container transport. 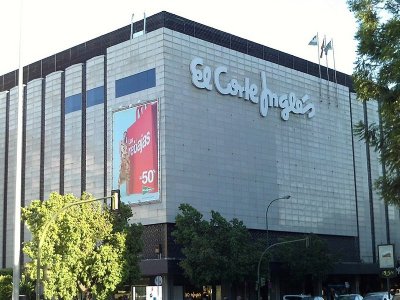 Spanish department store to take on... 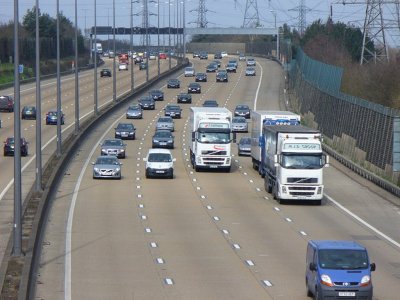