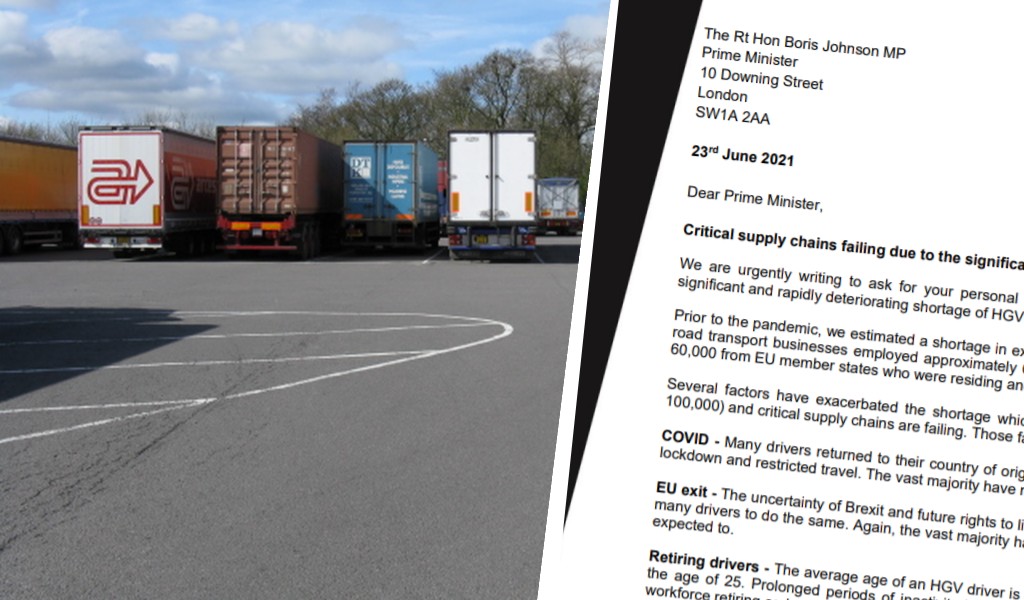 Lorry drivers have reacted to the Road Haulage Association’s letter to the UK Prime Minister with a mixture of anger and amusement, at least if the comments on the association’s Facebook Page are anything to go by.

The RHA have been warning about the UK’s driver shortage for months, continually lobbying government officials during this time for various measures to be taken. Most of the recommendations concern funding for driver training as well as measures to make it easier to employ lorry drivers from abroad. You can find a list of the measures the RHA proposed earlier this month here.

In its open letter sent to Prime Minister Boris Johnson yesterday, the RHA refers to 3 key steps it says are required in order to deal with the shortage.

Firstly, the RHA claims that an “immediate” solution to the problem is required. Therefore, it is argued that training drivers will not solve the issue, which means the industry needs access to EU and EEA labour. Due to this, the Road Haulage Association says it wants to see a temporary worker visa scheme for HGV drivers and for the lorry driving occupation to be added to the Home Office Shortage Occupation List. This is described by the RHA as a “short-term measure whilst we concentrate on a longer-term plan”.

Moreover, the RHA wants to see the creation of a taskforce in order to “achieve a sustainable way of recruiting and training a homegrown workforce so that our reliance on foreign labour dissipates over time.”

Finally, the RHA has also urged the UK Government to re-establish the DEFRA Food Resilience Industry Forum, which it says ensured the nation’s supply integrity throughout the pandemic.

The letter has nonetheless been derided and fiercely criticised by dozens of truckers commenting on the RHA’s Facebook Page.

At the time of writing, just under half of the users reacting to the RHA’s Facebook post about the letter have chosen to select the “laughing” emoticon, indicating that many truckers feel the letter to be ridiculously missing the point.

In the comments section under its post, the RHA came in for criticism from dozens of truckers.

The most common line of attack was the RHA’s failure to advocate better pay and working conditions for lorry drivers in the UK. While the organisation has long called for facilities to be drastically improved, it has understandably refrained from advocating higher pay as this would disadvantage its members.

At the beginning of this month, Rod McKenzie, Managing Director of Policy & Public Affairs at the Road Haulage Association, told Channel 4 that hauliers cannot afford higher wages as logistics operators have tight margins of just 1-2%. Last week, RHA area manager Tom Cornwell also claimed that there would be some businesses that “can’t survive because of the wages they’re having to pay” to lorry drivers amid the current driver shortage.

The photo of the leaflet below shows that one major haulier has recently been advertising wages in some regions of the UK that are just over £1 higher than the national minimum wage. 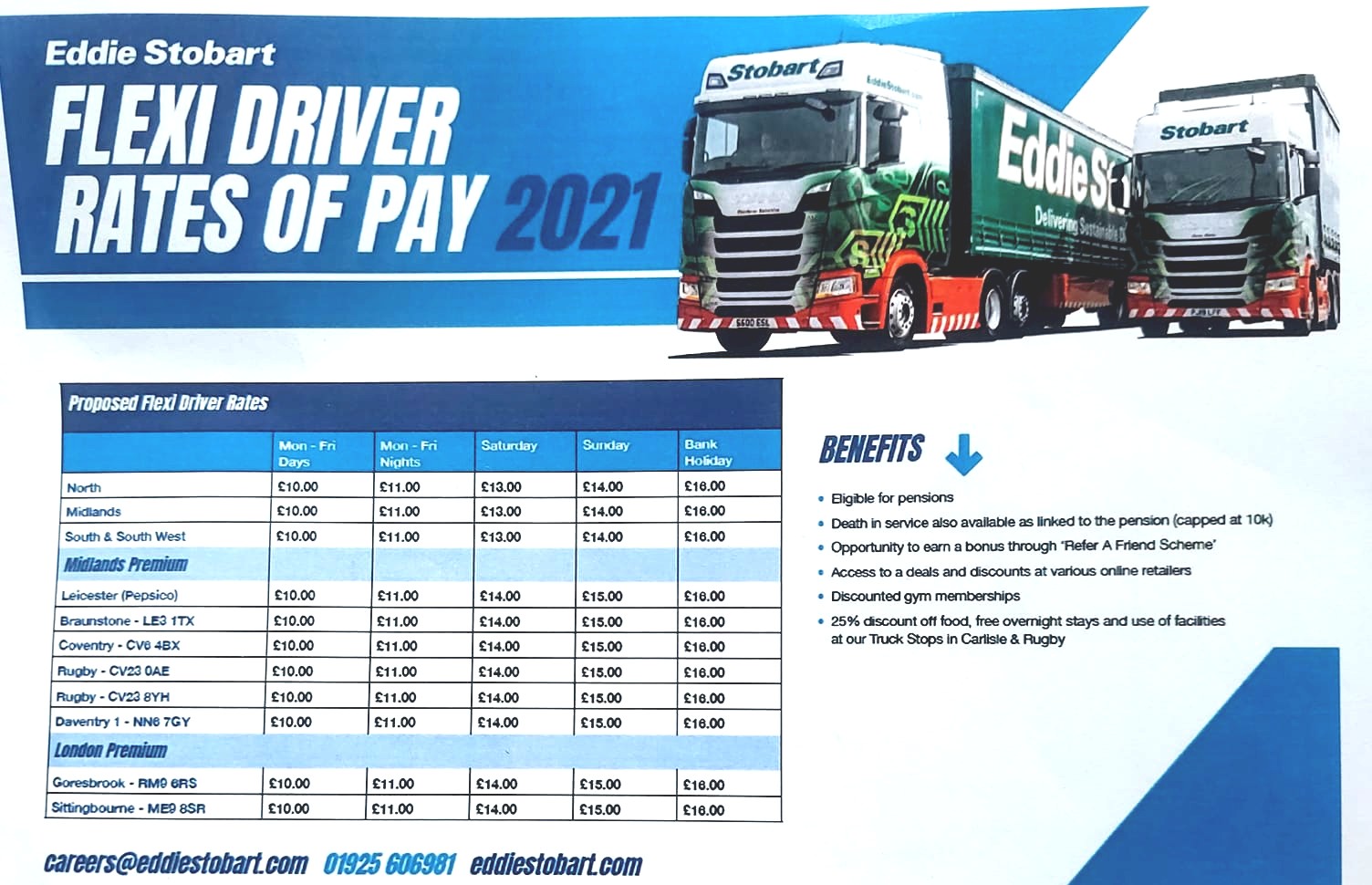 Some road transport firms have nonetheless come out and admitted that better pay and conditions for all drivers is needed, and that rates must increase to cover the cost. Starlings Transport & Storage Limited is one such example:

Good news that RHA are lobbying Government. But truth is simple, rates must increase dramatically across the sector and this revenue be used to improve the pay and conditions of all drivers, making the job more attractive to new entrants and those that have left. https://t.co/WETNe0vChl

David Hyslop, the Managing Director of Dumfries-based Annandale Transport Co Ltd, is another who believes the environment and conditions truckers work under needs to change. He recently told The Scottish Farmer that drivers are flocking from the profession due to “disgusting” facilities and the fact that the DVSA is “breathing down their necks”.

There is already evidence the driver shortage is resulting in rate rises. Haulage boss Moreton Cullimore told Motor Transport yesterday that hauliers now have “no option but to increase rates”. Meachers Logistics chairman Bob Terris also told the same publication that Meachers had increased its rates too.

Given that the UK Government has recently stated that it is up to the industry to make its vacancies more attractive to British workers, it appears that this trend is set to continue in the short term at least.

“We have met with industry figures to discuss HGV driver shortages and possible solutions around recruitment and retention. Most of the solutions are likely to be commercial and from within industry, with progress already being made in key areas such as testing and hiring, and a big focus towards improving pay, working conditions and diversity. Our new points-based immigration system makes clear employers should focus on investing in our domestic workforce, especially those needing to find new employment, rather than relying on labour from abroad.”