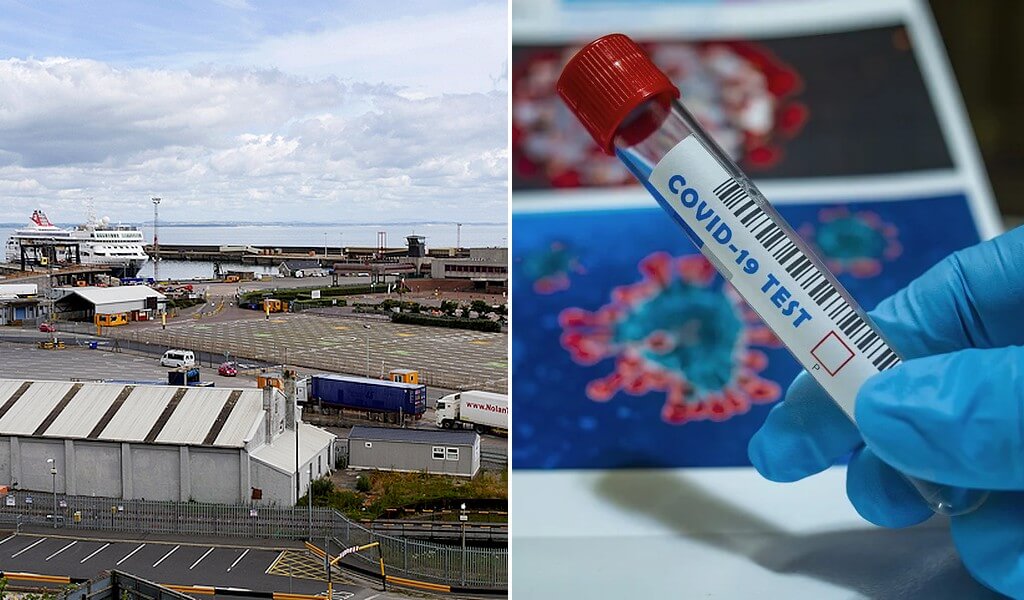 The Irish Government has confirmed that lorry drivers travelling from Ireland to France will need to present a negative coronavirus test before they board their ferry.

In a statement, the Irish Government said the Department of Transport, in conjunction with Transport Infrastructure Ireland and Wexford County Council, was “working extensively” to open testing facilities for hauliers:

The Department of Transport, in conjunction with Transport Infrastructure Ireland and Wexford County Council, is working extensively to finalise the opening of State-supported antigen testing facilities for hauliers. These tests will be made available free of charge at dedicated testing sites near the ports of Dublin and Rosslare. Tests will only be provided to hauliers who are travelling to France or other countries where a negative COVID-19 test is required for entry. Drivers also have the option of getting tested at the many private facilities around the country as long as these tests meet the French requirements, but these costs will not be covered by the State.

The Irish Government are expected to reveal details of the testing sites today.

However, at the time of writing, they are not yet available. France were expected to introduce the testing requirement, and the Irish authorities said last week that they were putting together plans for testing sites. Therefore, one would hope the information about the sites is made available soon.

Fortunately, to our knowledge there are no ferries bound for France from Dublin or Rosslare port that depart just after the 11pm cut-off time tonight.

That should give truckers and hauliers at least some time to make their tests before sailings tomorrow evening. Whether it is enough time nonetheless remains to be seen.

Trans.INFO will update you with further details on the testing sites as soon as we can.