Covid and Brexit will continue to affect the industry in 2022, but there are other questions in the UK haulage industry that will unravel as the year goes on. 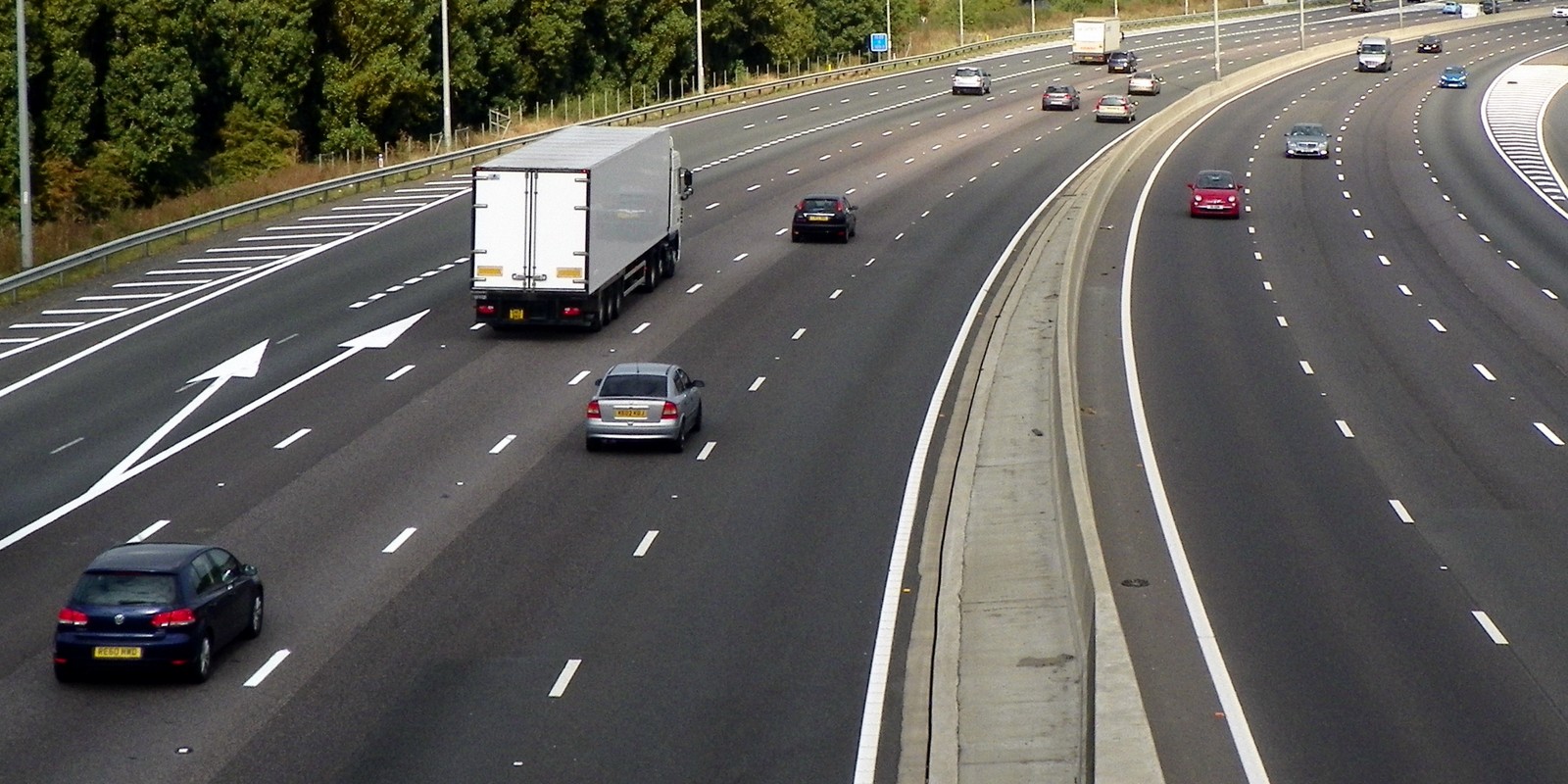 Having come through the double-whammy of coronavirus and Brexit in 2021, the UK haulage industry appears well placed to cope with whatever challenges 2022 will present. However, the end of the pandemic still looks fairly distant, and we are still yet to see checks on EU goods fully implemented. Meanwhile, the driver shortage, albeit much less than it was, remains an issue too.

Moreover, there are other themes that may well come to the fore in 2022 amid the growing demand for goods transport sparked by the post-pandemic e-commerce boom. In this article, we look at just a few of them.

Brexit checks on EU goods bound for Great Britain – how disruptive will they be?

Customs and veterinary checks on EU goods entering Great Britain are to begin on January 1st, with the exception of goods coming via Ireland first.

There has been no shortage of speculation regarding how how much disruption this will cause, and it remains to be seen how much the Brexit checks shall impact supply chains.

Given that the checks will be somewhat similar to those introduced by the EU for GB goods this year, one might expect a similar amount of disruption in 2002. If that turns out to be the case, there will be noticeable issues in the first few months that eventually subside as business get to grips with the new requirements.

“I can imagine half of the trailers at the port will have issues, then within a week or two it will be a quarter of the drivers. By the end of the month, the drivers will know exactly what to do. That’s what happened going into France. By February the drivers and hauliers got to understand the process and it started working.”

In an soon-to-be-published interview, Europa Worldwide Group CEO Andrew Baxter also told Trans.INFO that he expected a degree of disruption to occur in the first quarter of 2022:

“Certainly when it comes to the phytosanitary goods that have gone from the UK into the EU, the checks that are required going into the EU have been very disruptive for the movement of that type of goods. I suspect that it will also be disruptive to goods coming into the UK. I imagine the UK authorities will have a pretty light touch in terms of it because they’ve no desire to suddenly start creating disruption to the flow of those goods. Even so, I’m sure the checks will have some kind of impact.”

It will also be interesting to see how the situation develops regarding EU goods imported via Ireland. How long will checks be postponed for? How many companies will consider shipping their goods via Ireland to avoid checks? We should get answers to at least one of these questions in the near future.

Newly trained HGV drivers – will they be in it for the long haul?

The UK’s driver shortage has reportedly fallen from 100,000 to 85,000 following an impressive drive from the government to get would-be drivers trained and tested as quickly as possible. Free training and higher wages have seen some UK citizens drawn to the profession, notably bus drivers.

However, many of the issues that existing HGV drivers blame for the shortage are still prevalent. Facilities remain in short supply and are evidently poor, while long RDC wait times continue to frustrate both hauliers and drivers. Long hours and a lack of respect from the public are also a part of the equation.

Given all of these problems are some way from being solved, it is questionable how long new HGV drivers will stay in the industry. If some of the newly-trained truckers decide to abandon their career change early, the driver shortage could become headline news again.

HGV parking facilities and rest areas – will we see any evidence of development?

Public awareness of the HGV driver shortage, fuelled by extensive media reporting, has led to an acknowledgement from the government that HGV driver facilities badly need ramping up.

In late-autumn, Transport Secretary Grant Shapps announced that £50 million of Treasury funds would be used to improve and expand the country’s HGV parking areas and rest stops. This looks good on paper, but truckers and hauliers will be keen to see some concrete evidence of the money actually making a difference at ground level.

Securing planning permission for HGV facilities is notoriously difficult due to objections from local councils, who have authority regarding such decisions. These objections are normally a result of extensive complaints from residents who want same-day-deliveries without added truck traffic in their area. Therefore, money is not necessarily applicable here.

Should results from the £50 million cash injection prove to be thin on the ground, some lorry drivers could be forgiven for losing hope that a significant change in this area will ever happen. Naturally, Rome wasn’t built in a day, and it will take time for new facilities to be planned and constructed. Even so, a few approved projects would at least give the impression that progress is being made and that improvements are on the way.

Clear air and low emission zones – will we see more?

In 2021, both Bath and Birmingham introduced clear air zones which charge HGVs that don’t meet the low-emission requirements.

Next year sees Bradford and Manchester join the list. The former has been delayed until spring, with the latter beginning as planned on May 30th. Funding has been made available for hauliers to upgrade their vehicles for free access to Manchester’s Clean Air Zone. Details are available here on our website.

Hauliers may need to be prepared for more cities to do the same. Aberdeen, for example, is hoping to have such a zone in operation in 2022.

New RHA chief executive – will there be a change in direction?

Earlier this month, the RHA quietly announced it’s chief executive, Richard Burnett, had resigned. The news, which was made public only via the Motor Transport website and no official RHA channels, inevitably sparked speculation that Mr Burnett had left the role following the government-led smear campaign the RHA faced in October. Although the RHA’s Managing Director of Policy & Public Affairs insists Burnett left of his own accord, some industry figures remain unconvinced. Now, with the government seemingly getting its way, what does this mean for the RHA going forward?

RHA chairman Moreton Cullimore revealed a fortnight ago that on the same day as Mr Burnett’s resignation, the RHA had written to the UK Government in order to re-establish direct communications with Transport Minister Grant Shapps. According to Motor Transport, former operations and commercial director Richard Smith has been promoted to RHA MD and will take the helm once Burnett leaves on 31 December, whilst the board considers RHA’s “needs and requirements” going forward.

It will thus be interesting to see how much the new boss will change the manner in which the RHA operates. Will it tone down its public criticism of the government as suggested by the likes of Andrew Baxter? Could the association make more strides to better its reputation among truck drivers? Hopefully we’ll learn more on this soon after Richard Smith takes over.

Cabotage rules – could they be relaxed for even longer?

The highly controversial cabotage relaxation introduced by the UK Government in October will remain in place until the end of March. This timetable should give EU hauliers concerned by border disruption the opportunity to do some work in Great Britain before returning to the continent. Moreover, as is it is now, the cabotage relaxation increases the country’s road freight capacity.

The relaxation of the existing cabotage rules, along with the arrival of newly-trained lorry drivers, clearly helped to alleviate the strains on Britain’s supply chains that was so evident in autumn.

However, in light of this, could the government be tempted to simply extend the relaxation for a longer period? The measure did not appear to be politically costly to the government, and is arguably an easier way of securing capacity than temporary visa schemes.

A delay to the end of the relaxation would nonetheless infuriate some British hauliers who feel they are being undercut by low-cost European carriers.