The UK's “temporary" relaxation of drivers' hours rules, which was originally scheduled to last under a month, has now been extended by almost a further two months. 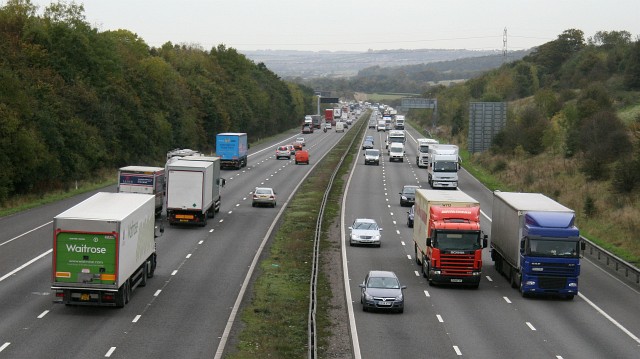 The announcement of the relaxation, which is to last until October 3rd, comes as empty shelves in supermarkets are becoming increasingly common across the country.

Those conditions, as outlined on the UK Government’s official website, are as follows:

1. Evidence of detriment to wider community

Proof that there is a significant risk of a threat to human and/or animal welfare or a failure of a particular supply chain that will have a serious impact on essential public services must be provided.

Transport operators must obtain, to their satisfaction, confirmation from their customers that such a risk exists and that the customer is unlikely to be able to resolve the risk in other ways.

In the context of the transportation of food, fuel and medicines, this would include avoiding the risk of acute shortages at retail outlets that would be readily apparent to consumers.

In respect of these sectors and essential public services, detrimental factors can include losses of production that would lead to shortages. However, shortages at retail outlets are not a justification in respect of many types of goods, such as domestic building supplies, clothing or supplies to eat-in or takeaway food and drink.

2. Evidence that a relaxation would lead to a significant improvement in the situation

This includes evidence that the risk is unlikely to be resolved without using the relaxation.

3. Driver safety must not be compromised

Operators and self-employed drivers must assess the risks of using the temporary relaxation and implement suitable control measures and/or mitigations, so that the safety of the driver, other road users and those involved in loading and unloading is not compromised.

Transport managers should make sure that a risk assessment has been carried out and appropriate controls put in place. They should also continue to monitor and review where necessary as long as the relaxation is used.

It is important to consider the risk of fatigue and the effect of the relaxation on shift patterns. For example, if the relaxation related to daily driving time has been used, it should not be followed by a reduced daily rest period and should be used in the context of stable start times for shifts.

Information about fatigue and shift work is available.

It should be noted that the temporary relaxation has been brought in primarily to add reliability and resilience to duty rosters, as opposed to extra scheduling of deliveries.

It is also essential that use of the relaxation is agreed genuinely with drivers involved, including in the light of a driver’s specific circumstances.

Drivers continue to be bound by the Road Transport (Working Time) Regulations 2005. This legally limits the amount of working time (including driving) a driver can do in any given week to a maximum of 60 hours, with an average of 48 hours a week calculated over a rolling 17- to 26-week period.

If you are concerned that a driver or the vehicle operator is breaking the drivers’ hours rules, (including the terms of this temporary relaxation) or the working time regulations, this should be reported to the Driver and Vehicle Standards Agency (DVSA).

Drivers' hours relaxation extended to 3 Oct – putting tired truckers behind the wheel for longer is not the way to resolve the 100k HGV #DriverShortage, said @RHARichardB. We’ve offered ministers a range of short and long-term solutions tackle the crisis: https://t.co/BucbmDyEsP pic.twitter.com/YEzINW8UfM

Reacting to the news, the Road Haulage Association maintained its stance that the relaxation is not the way to resolve the driver shortage crisis. RHA Chief Executive Richard Burnett also reiterated his belief that a temporary visa scheme for lorry drivers should be put in place as a short term measure.

Today on @BBCRadioKent, @RHARichardB said: „There is no quick fix to the #drivershortage but why on earth does Government not add HGV drivers to the @ukhomeoffice Skilled Worker Shortage Occupation List and issue temporary visas? That would certainly help the situation. pic.twitter.com/EcqTyf9m16

The government nonetheless appears to be unwilling to relax immigration rules to allow lorry drivers to come in, and there are even reports that the army could be drafted in to help with the country’s supply chain challenges.

Although the labour shortage does appear to have brought some benefits to British drivers in the shape of the bonus schemes and increased wages offered by some employers, the extra hours they may be pressured into doing is certainly not appealing.

Given that many in the logistics industry are predicting supply chain challenges in the run up to Christmas, it would not be a shock if the drivers' hours rules relaxation was extended again. If that turns out to the case, the “temporary” relaxation may end up being in place for the best part of 6 months.

Photo © Copyright Alan Walker and licensed for reuse under this Creative Commons Licence.