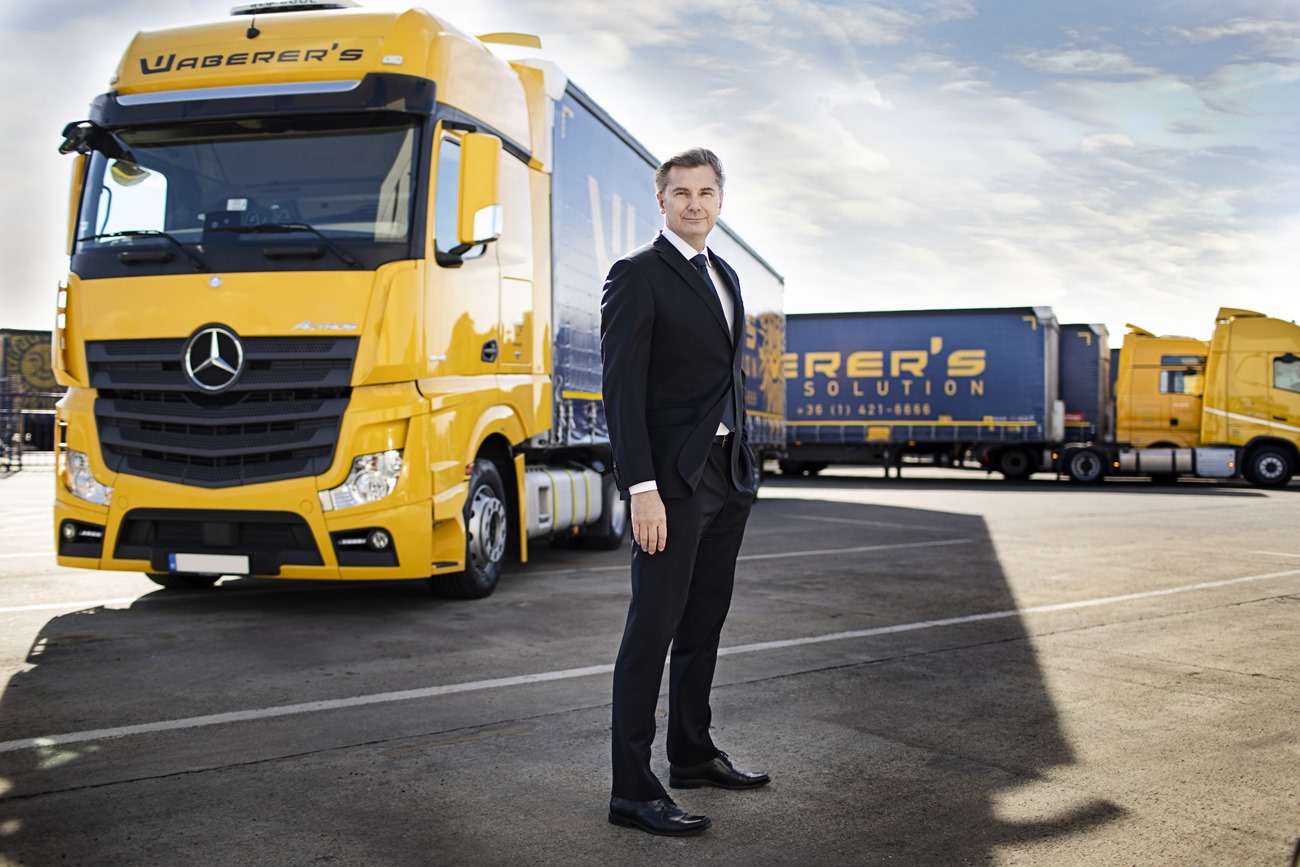 The international transportation segment of Waberer’s generated 12% lower revenue in the third quarter of 2019 than during the same period in 2018. This is the result of the fleet reduction: the company has reduced its capacity by 260 trucks and 109 drivers in Q3.

In the third quarter of 2019, the revenue of Waberer’s International decreased by 7 percent to EUR 170 million, mainly due to lower international transporting revenue. This is due to fleet reductions, according to the company’s financial report.

Waberer’s fleet reduction is not just word-of-mouth: in 2019, the company reduced its fleet by a total of 376 lorries and 382 drivers. Compared to the third quarter of 2018, these figures are even more striking: Waberer’s now has 465 fewer trucks and 569 fewer drivers.

“The transformation programme had positive effects on the financials: the third quarter was the best one for 2019 in terms of EBITDA and EBIT, both nominally and in margins. At the same time, with a loss posted for the quarter, we at Waberer’s need to keep up our commitment and drive to achieve a complete and sustainable profitability turnaround.” – Robert Ziegler, the CEO, stated.

International Transportation Segment revenue decreased by 12% to EUR 119 million in the third quarter of 2019 compared to the same period in the previous year. The drop in revenue was mainly attributable to the fleet reduction programme, resulting in 14% fewer trucks than a year ago.

Transportation prices rose year-on-year and utilisation of trucking capacities showed sequential improvement, albeit were broadly stable compared to the levels seen in the same period last year. Freight forwarding activities were notably lower than last year as the own fleet enjoyed priority when allocating orders

Regional logistics did not let the company down

Revenue from the Regional Contract Logistics segment increased by 2 percent. This is because of increased storage capacity and renegotiation of existing contracts, based on the company’s quarterly financial report.

The increase in revenue was mainly due to the positive effects of an ongoing repricing effort, with less profitable truckload services being substituted by higher-margin logistics contracts. Warehousing capacities increased by 8 thousand square meters in the third quarter, corresponding to an additional 18 thousand square meters year-on-year.”- can be read the financial statement.

Robert Ziegler confirmed leaked information that the company would continue its operation under the name Nexways. He didn’t add any precise information as to when the change will happen.

In the field of fleet management, we have set up a new structure to collect all the vehicles and drivers in a new legal entity called Nexways Cargo. The new structure will provide efficient administration, better control and a level playing field for all our executives involved,” said the CEO.