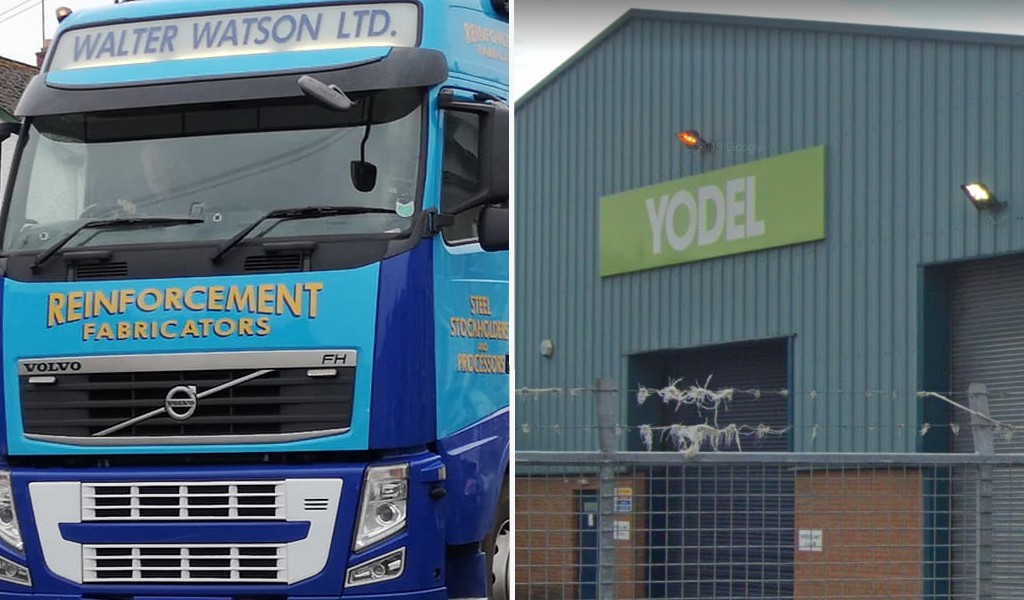 Amid a contractual row, a Walter Watson Ltd truck was parked in front of the gates of a Yodel distribution centre in Kilmarnock on Thursday – causing local traffic congestion and delivery delays. Drivers eventually got round the issue by sawing through a gate to allow vans and trucks an alternative route in and out of the facility.

According to the Scottish Sun, the truck was deliberately parked in front of the gate due to a contractual row over the depot, which is owned by Walter Watson Ltd and rented to Yodel.

A Walter Walson spokesperson told the Sun that Yodel had been using the depot rent-free, hence the need for the truck stunt:

There’s a dispute about payment and a lot of distrust between the landlord and Yodel. Yodel went back on previous agreements that were made, so forced the landlord to take this action. Yodel was given notice to vacate the premises by May 2, and they wanted to stay for another 12 weeks, but haven’t committed to paying for the extra 12 weeks.

In addition, the spokesman claimed Yodel employees visited Walter Watson Ltd’s own premises in Kilmarnock and “threatened” a staff member.

Yodel said they have urgently restructured their network to minimise delays. https://t.co/S3Ps5cbIx3

Images on the Scottish Sun’s website show how sawing tools were used to cut open the gates to the depot, allowing Yodel vehicles back in and out of the facility.

Reacting to the day’s events, a Yodel spokesman said:

We want to reassure our customers that we’re doing everything we can to try and resolve this situation and have urgently restructured our network to minimise service delays. We intend to prioritise any impacted parcels and would like to thank our customers for their patience and understanding.

The police also confirmed that they had been called to the depot and that “advice and assistance was given”:

Police were called around 1.30 pm on Thursday, May 20, following a complaint about a vehicle causing an obstruction at the gates to a yard on Southhook Road, Kilmarnock. Officers attended and advice and assistance was given.