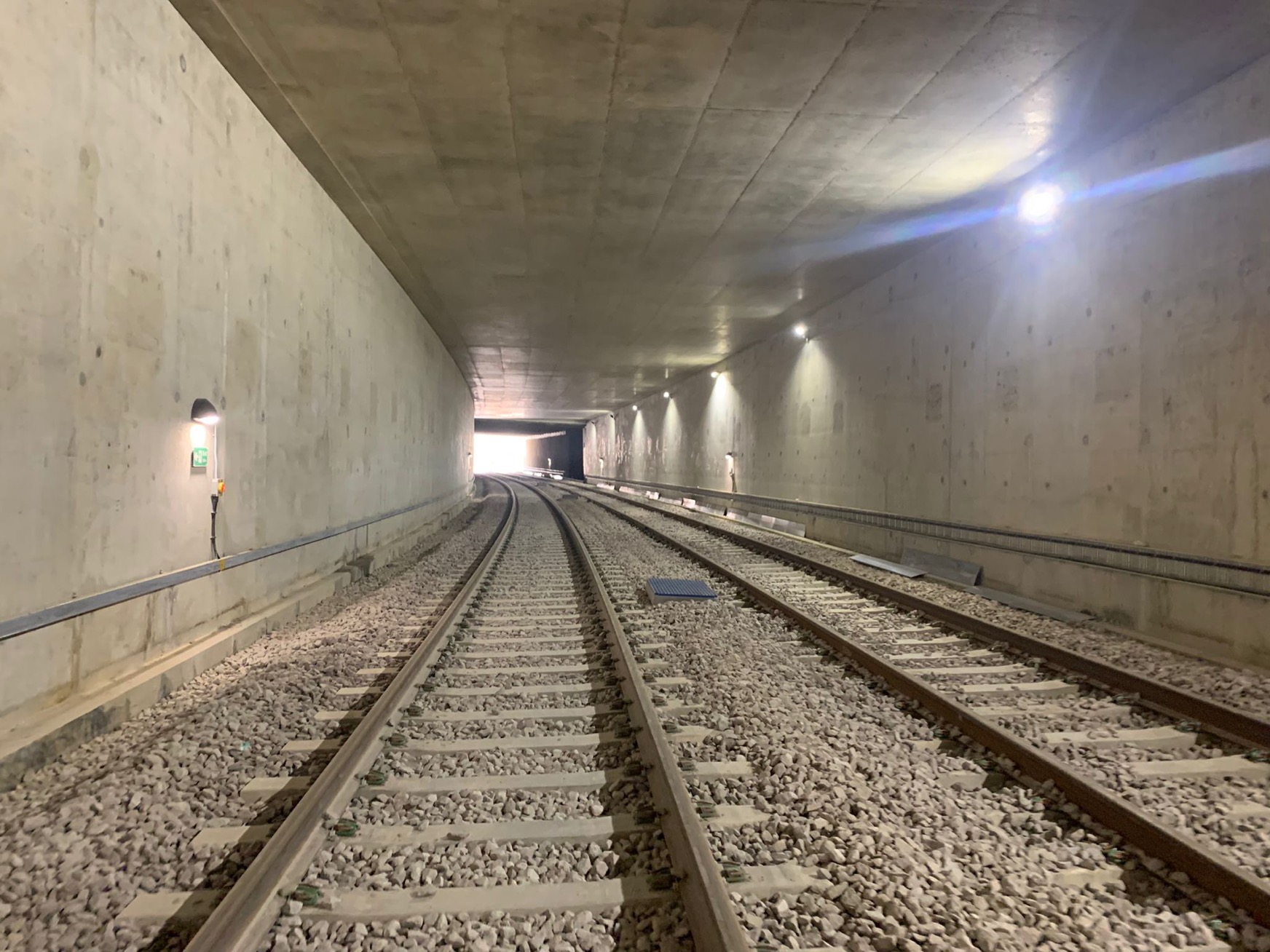 The junction leads to the Great Northern/Great Eastern Joint line which goes through Spalding to Lincoln and beyond.

The recently completed and opened tunnel allows trains on the west side of the East Coast Main Line to access the Great Northern/Great Eastern Joint line without conflicting with the faster passenger services on the ECML.

The dive under was constructed by a ‘jacked deck’ on slide paths installed in access tunnels. The curved ‘jack deck’, pushed into place beneath the main running lines, is the first use of such a structure in the United Kingdom.

The engineering needed to install the tunnel saw a UK-first, as the 11,000-tonne curved concrete tunnel, 1,000 tonnes heavier than the Eiffel Tower, was slid into place under the existing railway in January this year.

The ‘curved box’ was built next to the East Coast Main Line in 9, interconnected sections. The structure is 155 metres long, 9.5 metres wide and 5.1 metres high, with 1 metre thick walls.

In July, the new track installed inside the tunnel was connected to the existing lines. Work continued to install the signalling system which was commissioned over a single weekend in September.

Vital testing of the new tunnel then took place to enable trains to start using the infrastructure.

The completed project will help pave the way for the infrastructure roll-out across the north and Midlands recently announced in the £96 billion worth of integrated rail plan (IRP) which is supposed to transform both east-west and north-south links.