What to do if you hit a wild animal? 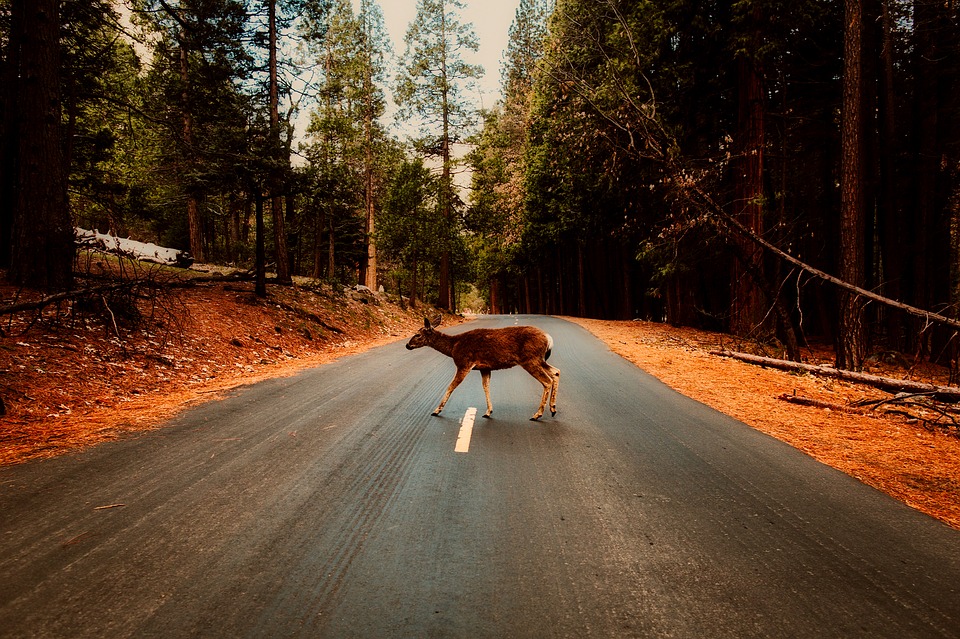 The number of accidents involving wildlife is increasing in autumn. Sometimes a collision can be prevented, but if it is not possible, it is worth knowing how to behave just after it. Here are some practical tips.

Accidents involving forest animals on roads happen not only on local roads but also on motorways. This, among other things, is due to inadequate roadside fencing or the complete lack thereof. Animals, especially larger ones, pose a huge threat to drivers. How to behave in order to avoid a collision and what to do when it happens?

In autumn and the beginning of winter, from dusk to dawn, drivers should be very careful, as animals are the most active. Of course, this applies to roads leading through forests, fields and areas surrounding them. In order to ensure their safety, drivers should carefully observe the road and its surroundings and adjust their speed accordingly, i.e. reduce it as much as possible.

If a wild animal appears on the road, you should slow down immediately. Attempts to pass an ungulate can be fatal as they usually move in groups. In addition, a controlled impact is less risky than an uncontrolled evasive manoeuvre, especially at high speeds or on slippery surfaces.

An animal on the road will freeze (nightlife often reacts in this way to sudden, dazzling light), it is necessary to switch off high beams. It is best to start flashing the headlights and sounding the horn in order to not surprise the animal. If possible, slow down or stop and wait until the animal leaves the road.

What to do if an accident has already occurred?

However, if a collision has not been prevented, the driver should secure the accident site as soon as possible by switching on the hazard lights and setting up the warning triangle. The collision participant should enable other drivers to observe road safely. To do this, remove the vehicle from the roadway. Do not change the position of the vehicle unless there are victims in an accident.

If a passenger is injured as a result of the accident, provide first aid and call an ambulance. Avoid approaching wounded animals too close – do not touch or transport them. They can be aggressive. It is the responsibility of the municipality to dispose of dead animals, but if the animal survives, the police must call a vet.

The driver is not obliged to call the police when a collision with an animal occurs. However, it is good to use the help of police officers. First, the police protocol can help to obtain compensation later on, and second, on arrival, it is the officers who take over the command of road and animal security.

Special whistles which are mounted on the bumper of the vehicle or in the radiator grille are available on the market. During a faster ride, the air rush sets off a whistle that emits a high-frequency sound that is inaudible to the human ear. But this sound is perfectly audible to animals that don’t like it.

However, scientific research has not shown the slightest reaction of deer to the whistles specially designed for them. The range of sound waves used by manufacturers is much higher than the frequency to which cervids are sensitive.

All it takes is to take care of the roadsides

In our country, the care for the state of the roadside is still neglected. This is unfortunate because if the roadsides were taken care of, many accidents could have been avoided. It would be sufficient to remove excess vegetation at roadsides. This would allow the driver to see the animal on the road more quickly, and the roadsides would become less attractive for ungulates due to the lack of potential food.