The Dutch will not drive empty lorries with strong winds. As Dutch Transport Minister Cora Van Nieuwenhuizen pointed out in a letter to the House of Representatives, „a total ban on driving empty vehicles after the announcement of the red weather code would be an exaggeration.” In addition, the minister emphasizes that such a solution would be very difficult to implement, partly because warnings are given when drivers are on their way.

The Dutch government began to consider a ban earlier this year. In January, many accidents involving lorries occurred in the Netherlands due to the strong wind. Frederic Fryderyk has overturned many vehicles:

The Dutch Minister for Transport, Cora van Nieuwenhuizen, presented her action plan on introducing tolls for trucks at the House of Representatives.

She emphasized, that the new toll should be introduced as soon as possible, „following the countries bordering the Netherlands.”

The experience of other European countries shows that the introduction of fees for the development of policy, legislation, design, tendering, and implementation of the system, takes at least five years”- added Nieuwenhuizen.

According to the plan, the Minister of Transport tolls will be charged on the basis of kilometers driven in the Netherlands in 2023. In 2019-2020, the Dutch will prepare the appropriate regulations, launch a tender for the operation of the system and decide on technical issues. Then, between 2021 and 2023, they will prepare the appropriate infrastructure and carry out the tests. If they are successful, the system will become operational and fees will apply in the country.

Operating the phone mounted in a the holder is not punishable. Judgment of the Dutch Court

In the Netherlands, you can use the phone while driving, provided the device is in the holder and not in the driver’s hand.

According to the decision of the higher court in Leeuwarden, this behavior should not be punished. This is another verdict on the fine that a driver received in December 2016 for using the phone while driving. He was caught by police officers operating the device placed in the holder while driving and received a fine of 239 euros.

He soon appealed the fine and referred the case to court, indicating that the Dutch law prohibits holding the phone in his hand. He used the camera in the holder. The court nevertheless ordered him to pay a fine. The man appealed against this decision and won the case in the higher court. 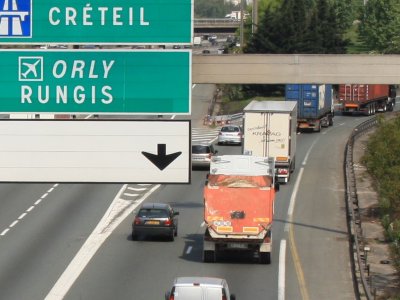