Wire sticking out of the tyres, taped glass and huge overload! This truck will be remembered by the inspectors for a long time. 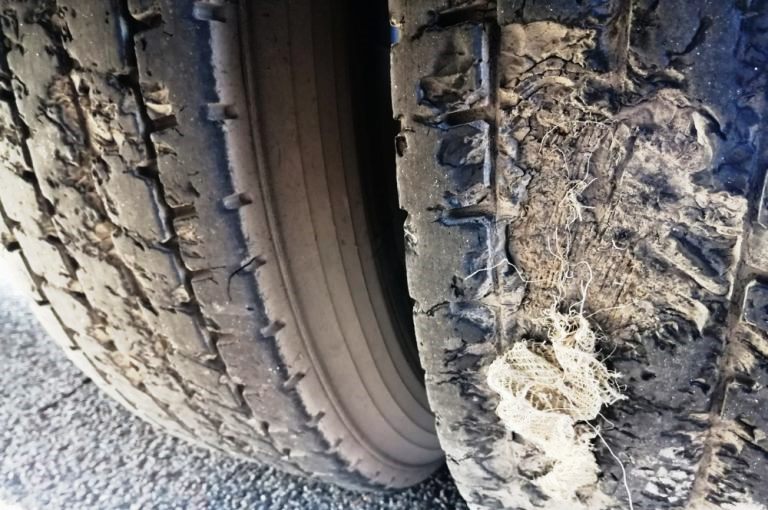 It started with non-payment of the toll due and ended with the grounding of the truck, which was in a terrible technical condition. In addition, the cargo it was carrying was far too heavy and not sufficiently secured.

The truck, which was stopped by the patrol of the Chief Road Transport Inspectorate, was carrying crane counterweights. However, instead of 40 tons, it weighed almost 94 tons.

Such a high tonnage also resulted in the axle loads on the road being exceeded. Besides, the combination was too long. The driver did not have a permit to drive an oversized vehicle,” says Road Transport Inspectorate (ITD). 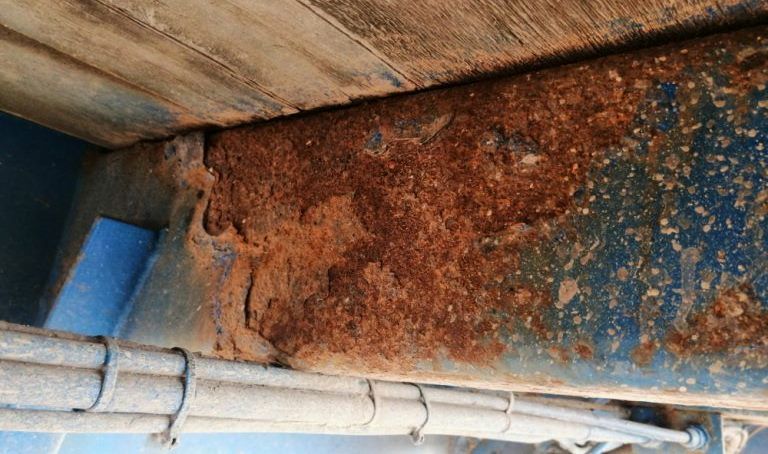 But this was just the beginning. During the inspection, it turned out that the driver did not pay a toll on the toll road section he was driving on, did not sufficiently secure the load he was carrying and was driving a vehicle that ‘endangered road safety’.

The cracked truck window was ‘secured’ by the driver with… adhesive tape. Most of the tyres were damaged and heavily worn, including wires sticking out from them. In addition, the tyres on the same axle had different tread patterns and oil was leaking from the hydraulic cylinders of the suspension. The lighting elements were also damaged. The structure of the semi-trailer itself was excessively corroded in some places,” reads the Inspectorate’s press release.

The driver was fined and had to hand over the documents of the vehicle combination he was driving. The carrier, in turn, had to send another truck to pick up the load, and for sending a vehicle in such a poor condition and so overloaded, he faces a fine of PLN 19,000 (approx 4500 euros).