The UK's Maritime and Coastguard Agency (MCA) has detained P&O's European Causeway ferry at the Port of Larne “due to failures on crew familiarisation, vessel documentation and crew training". 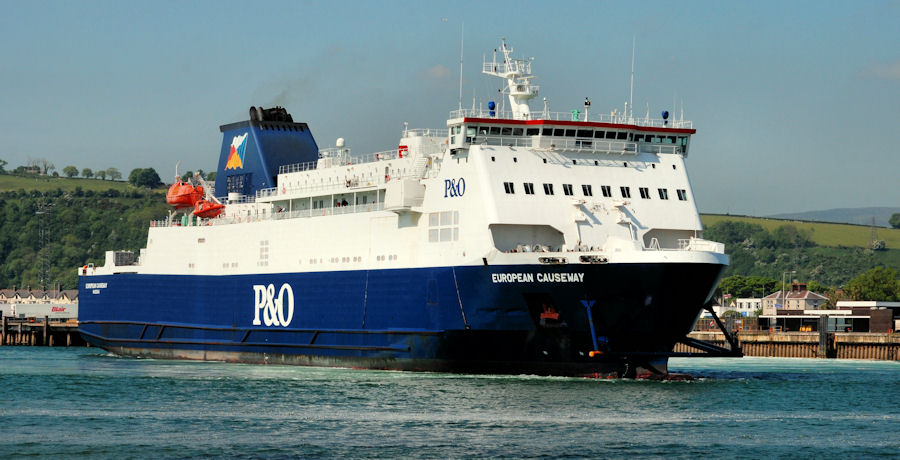 In a statement, the MCA explained that any decisions to detain vessels are “based on concerns over their safety and to prevent them going to sea.”

As those closely following the story will be aware, the safety concerns relate to the ability and readiness of the vessel’s new agency crew, who were drafted in as part of a radical, highly-criticised staff overhaul that saw 800 seafarers suddenly dismissed.

In order for the ferry to get back into service again, the MCA added that “The vessel will remain under detention until all these issues are resolved by P&O Ferries. Only then will it be reinspected.”

Following my instruction to inspect all P&O vessels prior to entering back into service, the @MCA_Media has detained a ship for being unfit to sail. I will not compromise the safety of these vessels and P&O will not be able to rush inexperienced crew through training.

Commenting on the MCA’s detainment, UK Transport Secretary Grant Shapps tweeted “I will not compromise the safety of these vessels and P&O will not be able to rush inexperienced crew through training.”

Also reacting to the news was RMT General Secretary Mick Lynch, who issued the following statement:

“The seizing of the European Causeway by the MCA tonight shows that the gangster capitalist outfit P&O are not fit and proper to run a safe service after the jobs massacre. This mob should be barred, their ships impounded and the sacked crews reinstated to get these crucial ferry routes back running safely.”