What’s it like running a 3PL in war-affected Ukraine? We talk to the head of Zammler Group 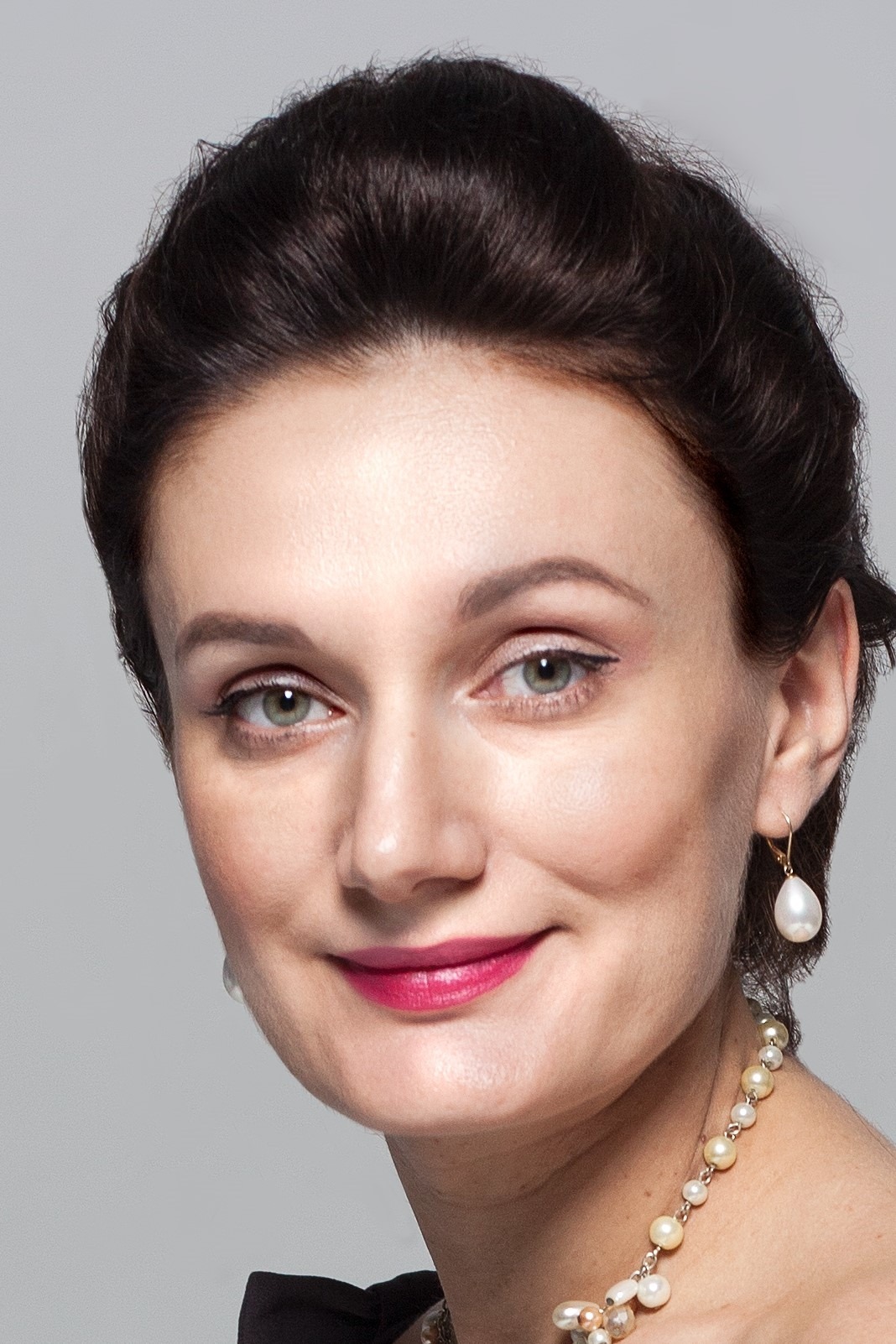 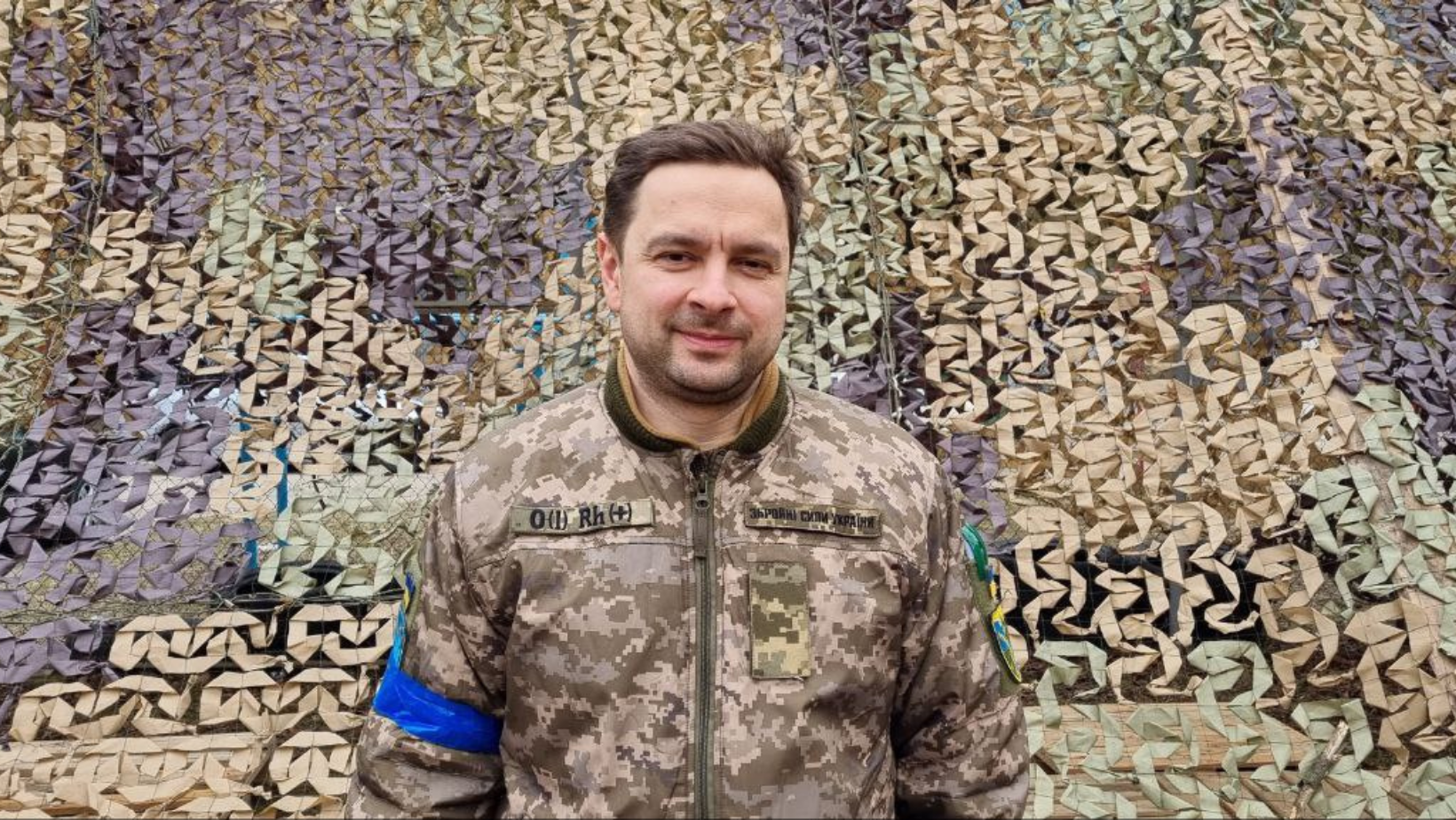 The war in Ukraine has led to serious economic losses, while the damage caused to the country’s transport infrastructure is estimated at $100 billion. Many enterprises were forced to close or move to the West of Ukraine.

In addition, Transport and logistics companies also suffered due to the actions of Russia. Besides the problems faced by the transport industry (lack of drivers, destroyed road infrastructure, lack of storage space, danger to the life of employees), there are also extraordinary cases.

One recent example is Ukrainian logistics company Zammler, who announced that it was going to file a lawsuit against Russia. The reason for the legal action was the use of the letter Z on Russian military equipment, a symbol that has been associated with violence and death since the beginning of the war in Ukraine.

Over the past 4 years the company has invested more than UAH 9 million (280 thousand euros) in the development of the brand and the Z logo has appeared on company awards, merchandise, in print and on television. Now the company has refuses to be associated with the letter Z for moral reasons. Moreover, the Z logo can endanger the lives of drivers and company employees. Zammler has no choice but to erase the letter from its trucks and sue Russia in the hope of getting compensation.

To find out what the company’s plans are for the future and how it is coping during this period, we spoke with Viktor Shevchenko, co-founder of the Zammler group.

Thanks for talking to us at Trans.INFO Viktor. What are the problems that the logistics industry, and your company in particular, is facing in these difficult times for Ukraine?

There are several key problems. Ukrainian logistics is being completely rebuilt taking into account the loss of air and sea routes. Above all, now it is only possible to send goods only by land. And on land, there are other difficulties: the lack of truckers (many volunteered to fight on the front, others support the defence) and logistical nuances.

Not all the roads are accessible, many bridges have been blown up, so you often have to move on to completely new routes that are not always safe. Fuel limits at petrol stations create certain difficulties, while the shortage of warehouse space further complicates work processes too.

How did the company adapt to the realities of war?

On February 24, the day the war began, the situation with the vehicle fleet was incomprehensible; on the first day, according to my observations, only about 20% of our fleet was working.

At first it was especially difficult; some people were scared, not everybody got in touch, and many did not understand who and where they were. Also, we did not understand how to carry goods and how petrol stations work. We didn’t know where you could drive to and where it is very dangerous.

In the following days, when more information became available, the situation stabilised and we returned to the usual working rhythm. Now the demand for transportation has grown rapidly, but not always we, and the market as a whole, can satisfy this demand.

Have you moved your activities to the West of Ukraine?

There was such an idea, and we were even puzzled by the search. My colleagues analysed the market; we looked through all the possible options for storage facilities. But then we realised that nothing suits us, they simply do not have enough space in sufficient quantities.

In addition, the storage space must be category A (and these are clearly defined parameters). None of the buildings that we viewed met these requirements. Basically, these were either small areas, or in a state of repair, or damaged. 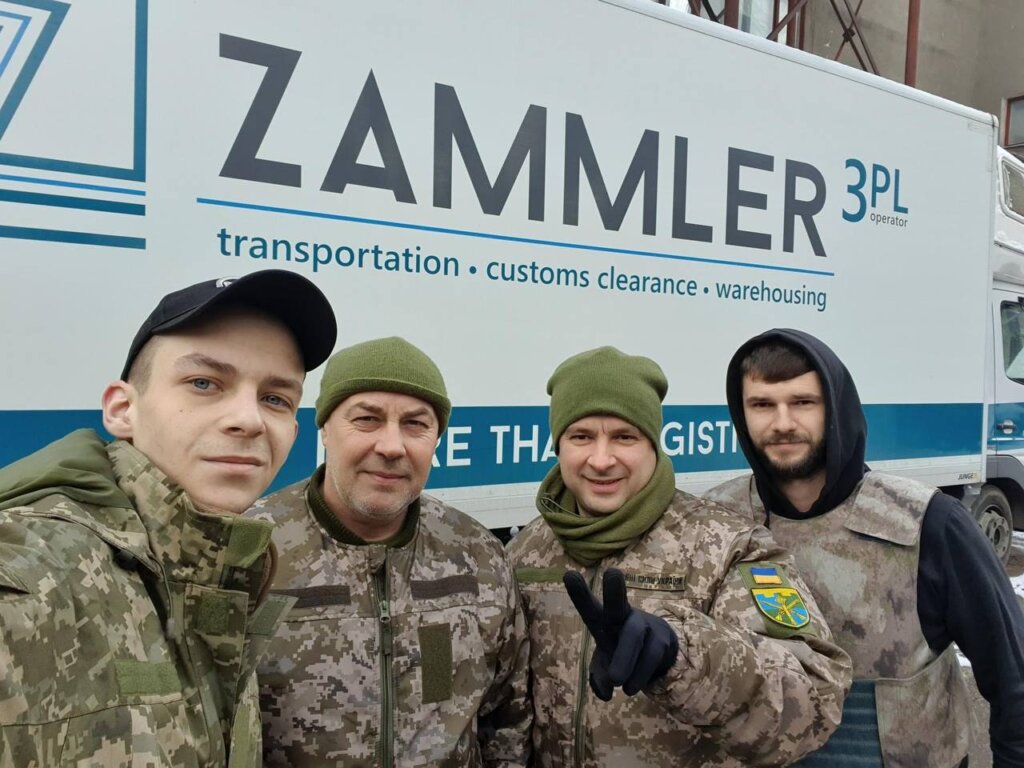 Do you lack administrative workers and drivers?

Qualified drivers were in short supply before the war, and they are still in short supply. Here, we can take into account the points that I raised above; some people went to the front line, others simply do not want to take the risk of driving.

In general, we have radically restructured the work of the enterprise. Some staff work remotely – even from other countries (the coronavirus “helped” set up this system earlier). Others work in the office.

To what extent do you manage to coordinate work with the foreign branches of the company?

We coordinate as before, tightly and quite effectively. Now this is especially important in the context of humanitarian supplies from Europe to Ukraine.

Do these branches help to keep the company afloat?

They help not only the company itself, but also Ukrainians in general. I am very grateful to our employees, partners, and clients in Poland and Kazakhstan. Take, for example, Poland. They actively joined in the search for housing for those of our employees who had to go abroad. Poles also help the company receive and reload humanitarian aid from the Netherlands and Germany.

Our office in Kazakhstan also worked very actively. It cooperates with a local charitable organization that collects material assistance for Ukraine. Our office in Kazakhstan helped organise the warehousing of food, medicines, goods for children and other humanitarian supplies. And yet – our specialists consolidate and process these goods before sending them to Ukraine.

What cargo transportation do you currently carry out and in what directions?

Now we are mainly engaged in humanitarian cargo. The transportation of “commercial” goods until recently has been reduced to a minimum. For example, in the first month of the war, we had 120 humanitarian transports, both domestic and international. We transported food, medicines, clothing, hygiene products, ammunition and goods for the military. Mostly from the west of Ukraine to Kyiv, and from Poland and the Netherlands – to Lviv. We carry humanitarian cargo free of charge, we only ask compensation for the fuel.

More recently, the share of commercial transportation has begun to gradually increase. Through relocation as well. 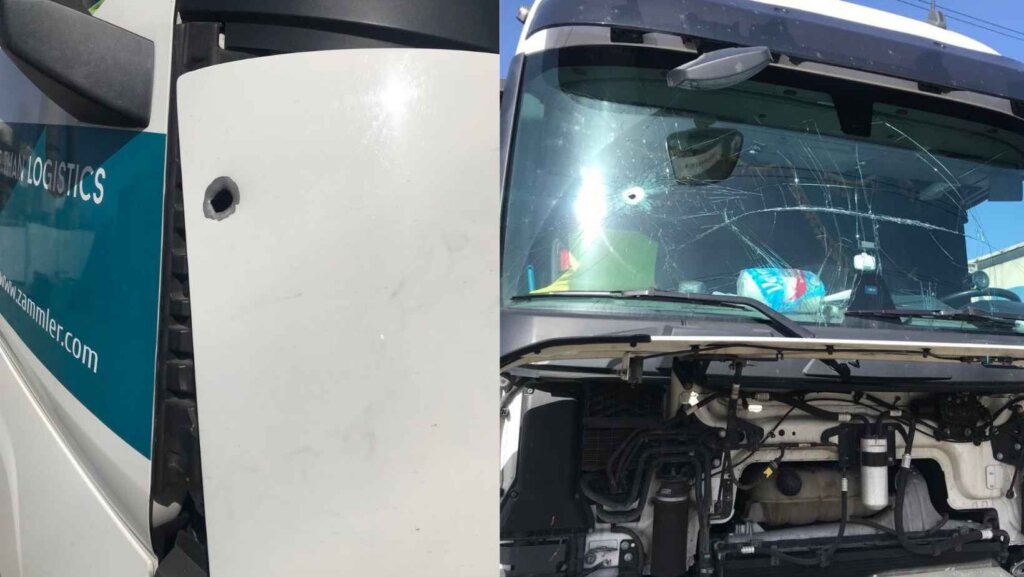 We increasingly carry cargo from the centre of Ukraine to the west of the country. On the way back, we “pick up” humanitarian aid, which is being consolidated there, and take it to Kyiv. Then, once in Kyiv, the humanitarian aid moves further across Ukraine – to where it is especially needed. The most difficult task is the delivery of goods to the war zones. Only drivers with relevant experience and knowledge, or the military, can go to Chernihiv, Sumy, Kharkiv and other hot spots.

You are suing Russia for using the letter Z on military vehicles. What losses did your company suffer during the war and, in particular, because of the use of the letter Z by the Russian troops?

Over the past 4 years alone, according to preliminary estimates, we have invested more than UAH 9 million (about 280 thousand euros – ed.) in the development of the brand. Looking ahead, after the victory of Ukraine, we will have another rebranding during which we will have to invest a lot of money and effort.

The Z logo has appeared on our company awards, merchandise, print, and television. Not to mention the moral aspect – our team loved this logo very much, we were proud of it. Branded cars were recognized from afar, the children of employees drew Z in their albums. For us, this story, to some extent, means the loss of part of the company due to the actions of “rashists”.

How realistic is it to expect any payments from Russia?

Russia must be punished for all its crimes against Ukrainians, humanity, and business, which also suffered. In addition, it is important to create a legal precedent so that other representatives of the commercial sector who find themselves in a similar situation can file claims.

Maybe not now, but perhaps later. Then we will be able to put additional pressure on Russia in the field of international law.

While the process is going on, do you plan to do rebranding? 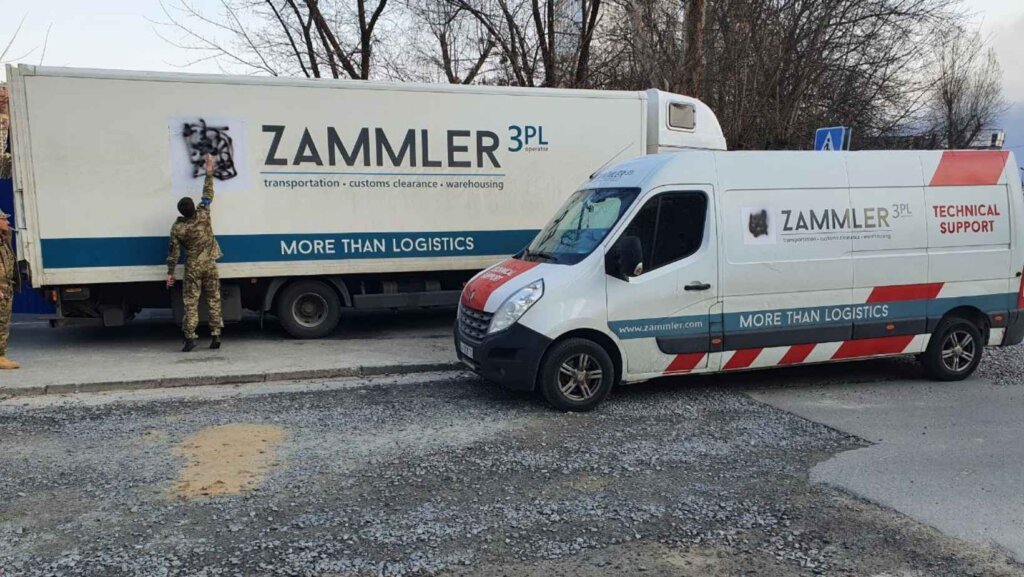 Yes, definitely. But now rebranding is expensive, untimely. The main thing for us is to provide salaries, continue to work and support the country in the struggle for our independent country.

In the meantime, we are doing a “rebranding” with our own hands: we remove the logo, paint over it on the trucks. The letter Z on board the trucks creates difficulties for our drivers, questions arise at checkpoints. And given that we are transporting humanitarian cargo, we would like to avoid such problems.

What are the company’s plans for further development?

Now it is difficult to talk about any long-term plans. The planning horizon – 3 days, maximum a week.

It all depends on the situation at the front. Now the main thing is to survive and tie up the primary needs; to pay the staff a salary, to allocate assistance to those who need it. Other current tasks remain repairs, refueling cars, and payment of money under contracts with business partners.