The Welsh Government has announced changes to the Border Control Post at Parc Cybi near Holyhead that will see a permanent HGV parking facility created. 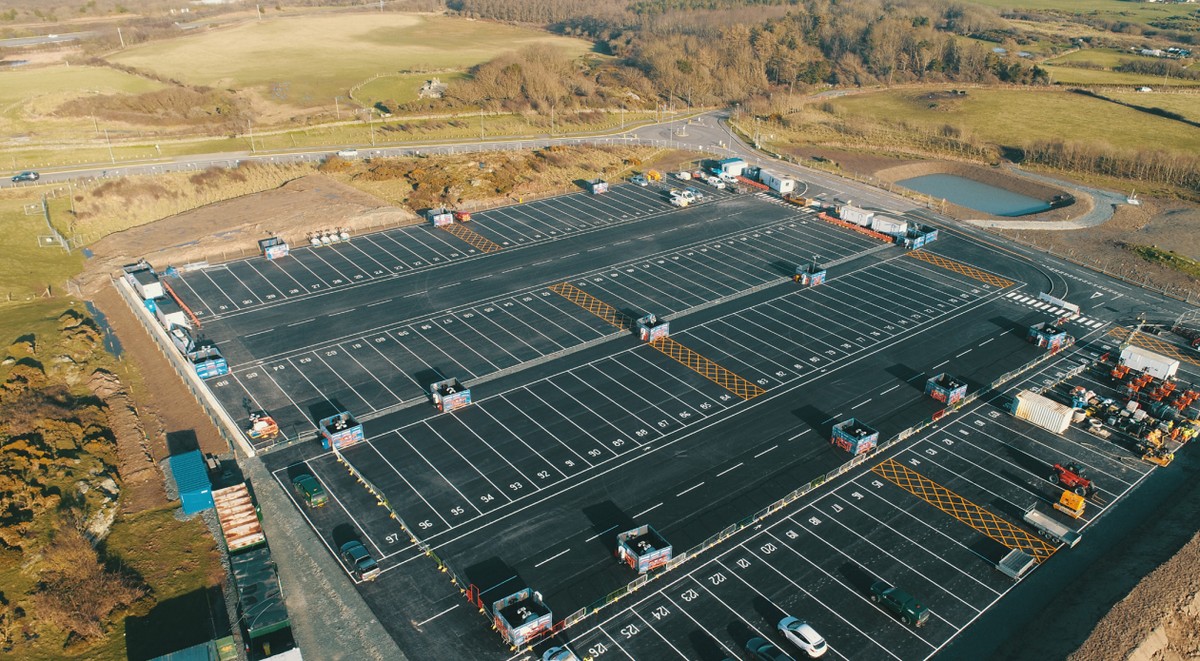 As the Welsh Government explains, the Parc Cybi site is required because there is currently insufficient space within the port to process the future checks required following the end of the UK’s transition period with the EU on 31 December 2020.

The site is intended to be used as a location to inspect goods such as animals, plants and products of animal origin entering Wales via the Port of Holyhead.

However, in a statement published on November 11th, the Welsh Government confirmed that a 60-space HGV parking facility with sanitary facilities is to be built at the site:

“Following changes in the UK government’s approach to border controls, the facility is now planned to be smaller than initially envisaged, this allows for some land to continue to be used for HGV parking and the SDO is being amended to reflect this. The HGV parking area will allow for 60 vehicles and there will be shower and toilet facilities.”

Residents living in the area have been invited to comment on the proposals during the 21-day period of community engagement. This process will run from Wednesday 16 November 2022 until midnight on Tuesday 6 December 2022.

Although the parking area with toilets and showers will be welcome given the UK’s dearth of HGV parking, it still arguably represents a post-Brexit regression. Readers may recall that the RoadKing truck stop, which also had an on-site cafe, was taken over by HMRC for use as a post-Brexit customs facility.