Amazon closed all its logistics centres in France due to a court verdict. „The decision is unclear” – Amazon says 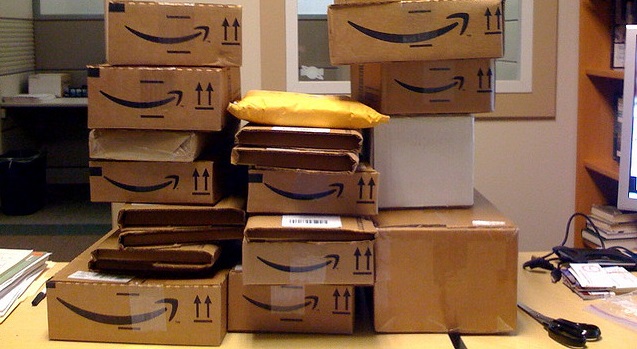 Last week, a French court ordered Amazon to handle only essential items, otherwise, it would face enormous penalties. As a result, the American giant closed all its warehouses in France. „It’s too ambiguous,” said CEO of Amazon France Frédéric Duval, about court restrictions. -” Is the nail clipper a hygiene product? Is the condom a medical device? I cannot clearly define it” – he commented.

As we have earlier reported, a court in Nanterre announced that Amazon is allowed to handle the storage and shipment of only those products that are essential for society – such as food, medical and hygiene items. For each day of delay in complying with the above recommendations, Jeff Bezos was threatened with a million euros penalty.

Amazon got scared. He has announced that he is closing all his warehouses in France, even though they call the judgment „incomprehensible” and is appealing against it. Also, they emphasize that the company „has made huge investments to ensure and strengthen the safety of employees who have been mobilized to work during the crisis with additional measures,” cnn.com quotes Amazon’s statement.

Frédéric Duval argues that this week the appeal procedure against the court’s judgment will begin. Until the verdict is made, however, he is not able to predict when the warehouses could definitely be opened.

I don’t know, and that saddens me a lot. I hope we can find a solution soon – Bezos says, as quoted by nytimes.com.

At the moment, it is officially announced the logistics centres have been closed at least until today – 20 April.

Amazon says that they had no other choice because the penalties the company faced were unusually high, and „the complexity of the products completely linked to his logistics operations.”

According to nytimes.com, the company asked employees of its logistics centres ( nearly 10,000 people in six centres in France) to stay at home.

At the same time, according to theguardian.com, customers can still buy products from ” third-party companies that use Amazon’s website, but ship products directly .”

The verdict of the court that hit Amazon in France is related to the freezing of the economy and the suspension of all „unnecessary” activities until 11 May.