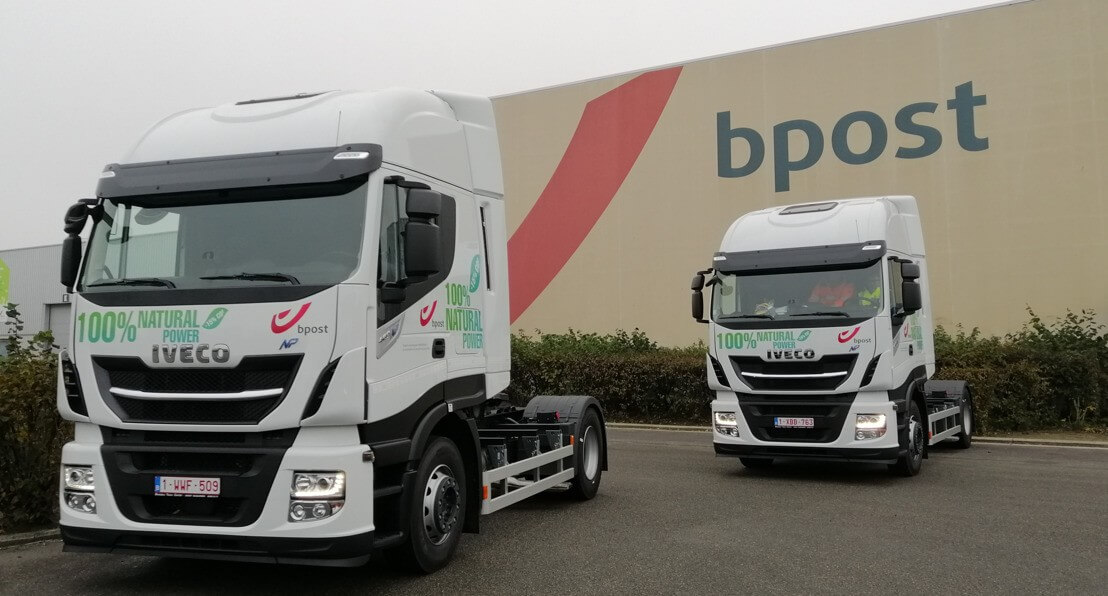 Today’s headline story: bpost says over 40% of its branded vehicles are now eco-friendly

As it aims to meet its goal of cutting carbon emissions to 55% below 2019 levels by 2030, bpost has said that 40% of its own-branded vehicles are now “eco-friendly”. The company adds that its ultimate goal is to be able to offer zero-emission last-mile deliveries in Belgium.

The company stresses that last year alone, it procured 46 new LPG trucks, over 500 new electric vans and 275 new e-trailers for use with electric bikes.

When it comes to 2023, bpost states it is expecting delivery of 400 electric vans in Q1, while an order has already been made for 300 electric vans. A further 950 will be ordered in early 2023 as well, along with an electric truck before the end of the year. It doesn’t end there either, as bpost also aims to order a number of double deck trailers equipped with solar panels.

Today’s Europe summary is dominated by news from the UK.

To begin with, the heat is still on the Royal Mail as postal workers continue strike action. Today it’s the turn of Yorkshire Post columnist Andy McDonald to offer his critique of the management at the Royal Mail, who he accuses of failing “to understand the social and community value of the service and the army of posties on our streets every day.”

There has also been news on Primark, who recently launched a click-and-collect service. The company “is and always has been a high street retailer” and will not be transitioning into a home delivery ecommerce business, according to George Weston, chief executive of the chain’s owner, Associated British Foods.

Meanwhile, the first person in the UK to return a potentially unwanted Christmas present, did so at 01:14 on Christmas Day, data from PayPoint has revealed.

Our North American news summary begins with FedEx, who on Monday raised rates for ground and express shipping. Price increases average about 6.9% and up to 7.9% for freight.

In addition to this, FedEx says it is continuing to encounter weak demand for packages, resulting in another quarter of lower profit and new cost-cutting plans.

As for Amazon, it is trying to sell excess space on its cargo planes, according to report by Bloomberg.

Moving things onto USPS, it appears the postal service’s new year resolution is fleet renewal. It reportedly has the aim of buying only electric delivery vehicles starting in 2026.

Today’s rest of the world summary opens with reports from China, where 2 billion parcels were reportedly delivered during the country’s New Year’s Day holiday.

Moving further east, it has been announced that automated delivery robots remotely monitored by humans will be able to hit Japanese public roads from April.

India will take over the leadership of the Asian Pacific Postal Union (APPU) this month, having its headquarters in Bangkok. Also concerning India, a new startup could allow college students to use their dining dollars to order DoorDash meals.

Finally, over in Pakistan, users of Foodpanda are having to fork out 30% extra for deliveries after restaurants decided en-mass to pass on the cost of the lost profit from Foodpanda’ service charges.