Germany’s coalition agreement – what is in it for the CEP sector?

The chancellor has been elected, the ministries have been filled and the coalition agreement has been signed. Not surprisingly, the wording of the agreement is relatively open and non-binding. Nevertheless, it provides initial insights into the government's activities in the coming years and estimates can be derived on the topics of freight transport, postal law, infrastructure, car traffic, traffic regulations, climate protection, minimum wage, mini- and midi-jobs. 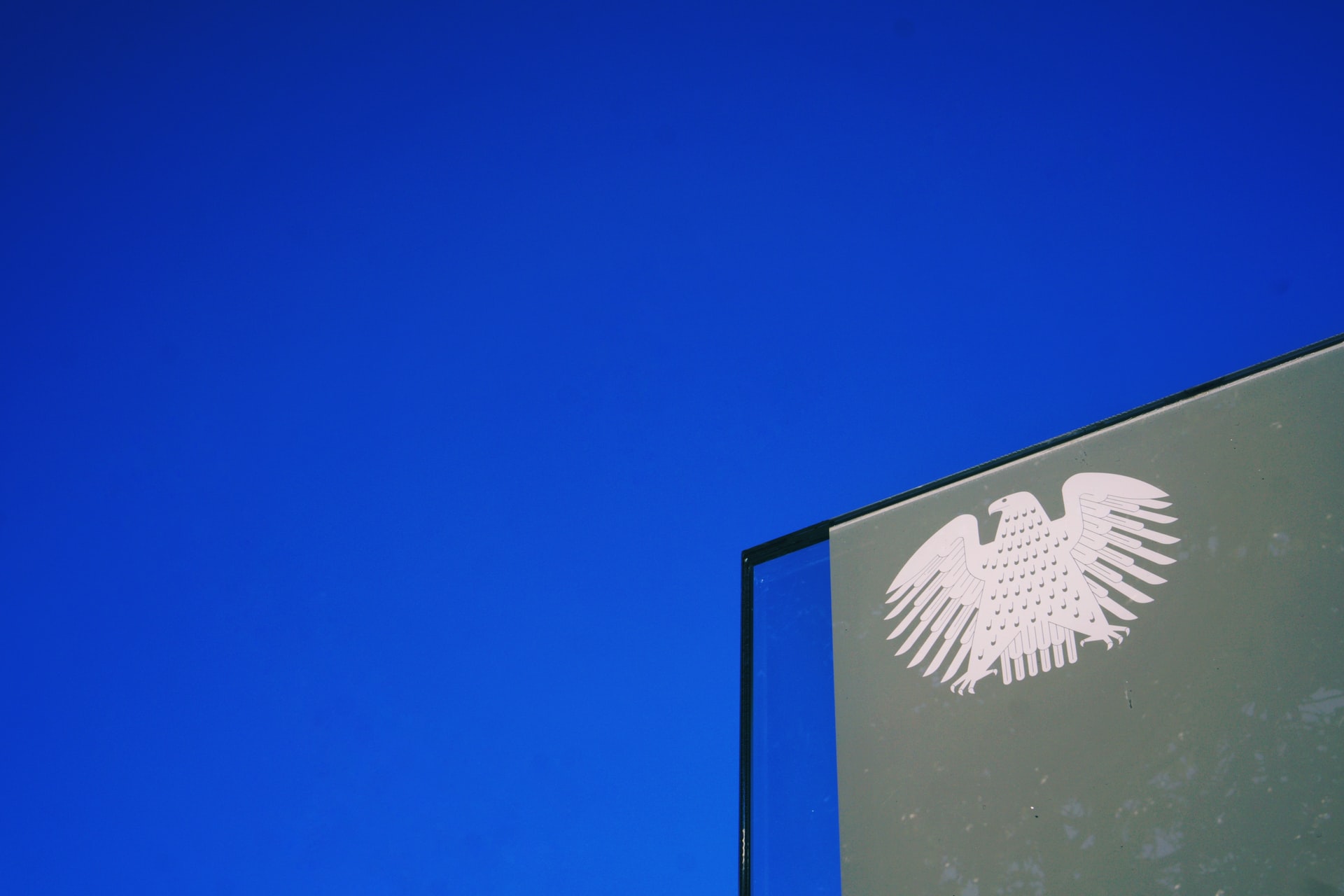 The new transport minister is Volker Wissing of the FDP. The FDP presents itself as a party friendly to small and medium-sized businesses. These are good prerequisites for the relevance of the concerns of medium-sized CEP companies. On the day after his nomination, Volker Wissing already brought up the idea of lowering fuel prices by reducing energy taxes and lowering motor vehicle taxes. He warns of additional burdens for drivers of diesel vehicles, also for delivery services. This holds political explosive power and has led to many reactions

„We support regional freight transport concepts, promote emission-free urban logis1cs such as loading zones and logistics hubs. … We will strengthen the control authorities and enforce better social standards and working conditions. … We will counteract the shortage of skilled workers, modernise qualification and reduce bureaucracy.”

The focus on regional freight transport concepts in the very first sentence is striking. This promises additional political impetus for city logistics issues. However, the federal government has only limited room for manoeuvre here; many decisions lie with the Länder and municipalities. We will work towards expanding the STVO, especially with regard to delivery zone signs. More on this in the topic area of traffic regulations. We very much welcome the strengthening of the control authorities. This will prevent unfair competition. In the context of the general shortage of staff, however, this will not be an easy task.

„We want to amend the Postal Act and in the process further develop socio-ecological standards and strengthen fair competition. We use the federal funding body to regularly review whether the objectives pursued with the participation are also being achieved and whether they are still needed for the provision of public services.”

The topic was formulated in the last coalition agreement as follows. „Digitalisation has led to serious changes in the traditional postal services markets. Therefore, we will review the existing regulations and adapt them against the background of current market developments. Our goal is to continue to ensure a high-quality, nationwide and affordable basic supply of postal services. The aim is to ensure and increase quality and efficiency in postal services markets for the benefit of consumers.”

Despite a good draft, only timid minor adjustments have come out of this. The Ministry of Economic Affairs has opted for more DPAG-friendly regulations and against more competition. How the now green-led ministry will decide is an open question. Deutsche Post has an ace up its sleeve here: Mrs Baerbock’s husband works(ed?) for Deutsche Post as a lobbyist. However, he now wants to put this work to rest. Overall, less optimism seems to be in order than with the previously CDU-led ministry. The position of the Ministry of Finance regarding the sale of the state shares remains to be seen.

„In 2023, we will implement a CO2 differentiation of the HGV toll, include commercial road haulage from 3.5 tonnes and introduce a CO2 surcharge, on condition that a double burden through the CO2 price is excluded. We will use the additional revenue for mobility.”

Here, the already known cost increases are confirmed; the issue of double charging is important. These should also be excluded for companies and not only for consumers.

„Investments in transport infrastructure must be further increased and secured in the long term. In this context, we want to invest considerably more in the railways than in the roads in order to prioritise the implementation of projects for a „Deutschlandtakt”. In the case of federal trunk roads, we want to focus more on maintenance and rehabilitation, with particular emphasis on engineering structures. To this end, we will gradually increase the share of maintenance funds until 2025 as the budget grows.”

The priority of rail will have a significant impact on long-distance routes. City logistics will require roads for the foreseeable future, from commercial vehicles to cargo bikes. The focus on maintenance and rehabilitation is to be welcomed. In addition to funding, this must also concern the duration of the planning and implementation processes.

„We will support the transformation process of the German automotive industry against the background of digitalisation and decarbonisation. We will align framework conditions and support measures to ensure that Germany is the lead market for electromobility with at least 15 million electric cars in 2030. According to the proposals of the European Commission, only CO2-neutral vehicles will be registered in the transport sector in Europe in 2035 – this will have a correspondingly earlier impact in Germany. Outside the existing system of fleet limits, we advocate that only vehicles that can be demonstrably fuelled with e-fuels can be newly registered. We are committed to the adoption of an ambitious and implementable EURO 7 emissions standard and will take into account value creation and jobs.”

As expected, the issue of electric mobility will be pushed. The agreement only refers to passenger cars. However, it can be assumed that there will also be ambitious targets for commercial vehicles, especially as there is a strong public focus on the CEP sector.

„We will adapt the Road Traffic Act and Road Traffic Regulations in such a way that, in addition to the fluidity and safety of traffic, the objectives of climate and environmental protection, health and urban development are taken into account in order to open up scope for decision-making for Länder and municipalities. We want an opening for digital applications such as digital parking space control. In implementation of Vision Zero, we will further develop the road safety programme. There will be no general speed limit.”

The further development of traffic regulations is to open up decision-making scope for the Länder and municipalities. This means that the CEP SMEs, which often operate on a regional basis, will be called upon in the future to become more involved in local decision-making. Only in this way will it be possible to ensure that our needs are taken into account. The federal association can provide support here, but local networking will be very important.

Digital parking control could help to make delivery zones more available. The issue of speed limits is only relevant for a small part of CEP services.

„We will launch and complete an immediate climate protection programme with all necessary laws and projects by the end of 2022.”

This is an ambitious goal in terms of time and still vague in terms of content. The association will play a role here at federal level in the interest of the medium-sized CEP sector.

„We will increase the statutory minimum wage to twelve euros per hour in a one-off adjustment. Following this, the independent minimum wage commission will decide on any further steps of increase.”

A deadline for this step is not mentioned. However, we assume that it will be implemented as quickly as possible and expect it to be implemented at the end of ’22/beginning of ’23.

An increase to 12 € means a wage increase of 25% for parts of the CEP sector. On the one hand, this increase will be absorbed by efficiency gains, but on the other hand, it will also cause price increases. The association positions itself to the effect that, in view of the developments in the cost of living, 12 € is appropriate.

In order to ensure that the honest entrepreneurs are not the ones to suffer from this sharp increase in the minimum wage in the CEP sector, corresponding controls and sanctions must be effectively implemented at companies, medium-sized businesses and platform providers. The dismantling of the still existing privileges of Deutsche Post AG combined with the strengthening of the independence of the Federal Network Agency gives SMEs more leeway to adapt to the expected minimum wage.

Members have signalled to the association that services or work that can no longer be financed at the new statutory minimum wage and for which there are no possibilities to raise prices or increase efficiency will then be discontinued. In addition, it can be assumed that low-skilled employees will find it more difficult to find a job, as the services rendered may not be remunerated at this level.

„We want to remove obstacles that make it difficult to take up employment that is subject to compulsory insurance. We will raise the midi-job limit to 1,600 euros. In future, the mini-job limit will be based on a weekly working time of 10 hours at minimum wage conditions. Accordingly, it will be increased to 520 euros when the minimum wage is raised. At the same time, we will prevent mini-jobs from being misused as a substitute for regular employment or from becoming a part-time trap, especially for women. We will monitor the compliance of mini-jobs with current labour law more closely.”

Especially the intended linking of the mini-job earnings limit to 10 hours per week is very welcome.

We welcome your opinions on the coalition agreement support@bdkep.de and on the positions the federation should take.

Photo by Christian Lue on Unsplash