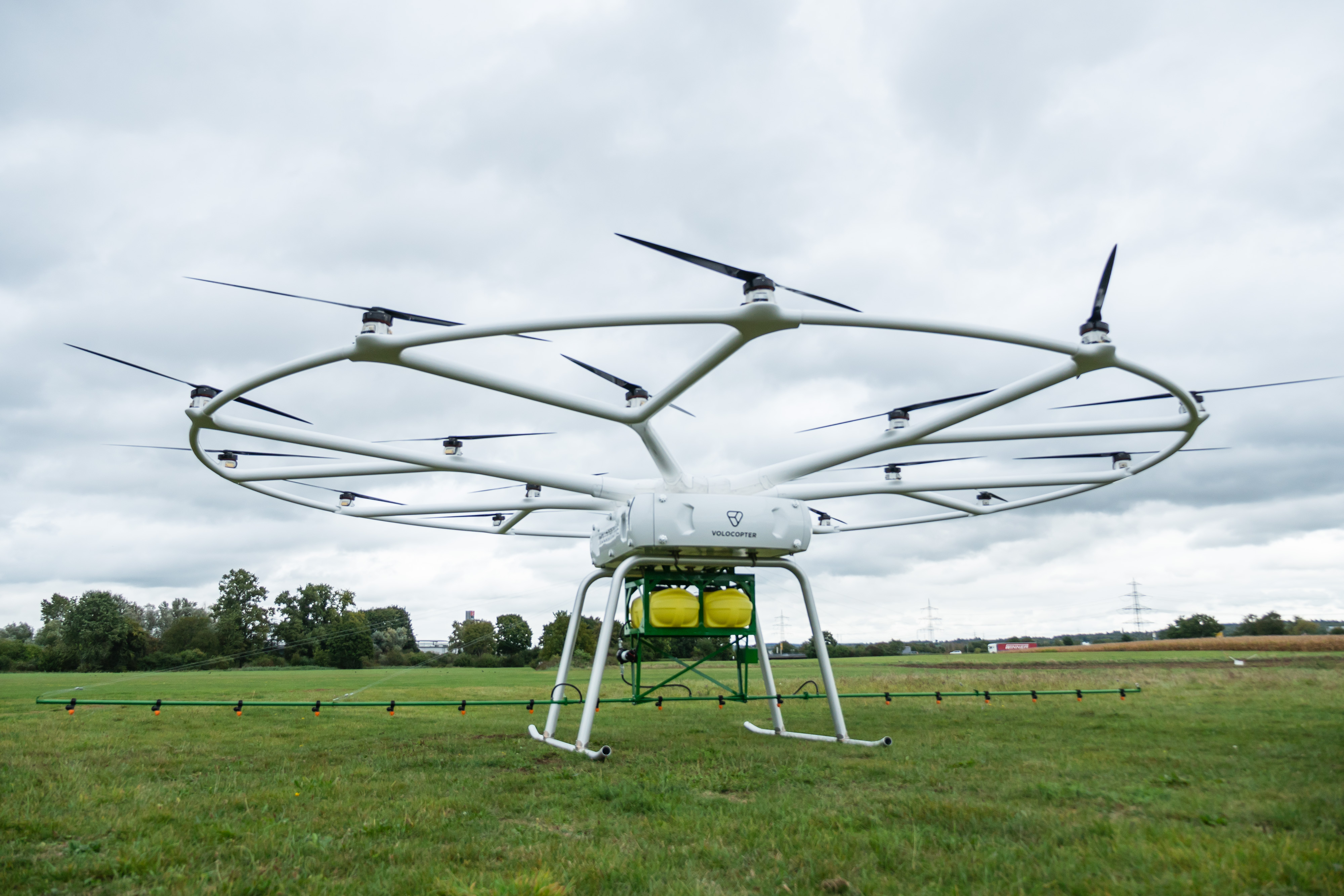 Logistics group DB Schenker has linked up with aviation company Volocopter to use its heavy-lift ‚Volodrones’ for B2B transportation tasks.

The remote-controlled Volodrone that DB Schenker plans to use can lift a load of up to 200 kilograms and has a range of 40 kilometres, making it ideal for jobs such as delivering medicines to a hospital or dropping off components at a factory.

As @DBSchenker CEO Jochen Thewes stated it: “Drones are a technology that would allow us to #rethink supply chains for city #logistics. Our #commongoal is to have a commercial proof case up and running in 2021.” #WhatHeSaid

The logistics opportunity in the urban market is just as big as the passenger market,” Volocopter CEO Florian Reuter said in an interview with news agency Reuters.

Volocopter GmbH is a German aircraft manufacturer specialized in the design of electric multirotor helicopters that can be used as personal air vehicles. The startup is also developing autonomous electrical Vertical Take-Off and Landing (eVTOL) aircraft to offer air taxi services in some of the world’s largest cities.

DB Schenker invested 87 million euros in the company in February because it was convinced that „Volocopter technology has the potential to bring transport logistics to the next dimension for our customers”, according to DB Schenker CEO Jochen Thewes.

The German logistics giant has already tested autonomous and electrical vehicles in several innovation projects and in its actual operations. By integrating the heavy-lift VoloDrone into their supply chain of the future, the company aims to serve their clients’ demand for fast, remote, emission-neutral deliveries.