Since the beginning of civilization, maritime transport for the exchange of goods has been the backbone of economic prosperity. According to UNCTAD, over 80% of the world’s trade is transported by sea, which is, by far, the most cost-effective way to move raw materials and finished goods around the world. Shipping is the engine of the global economy.

An efficient and dependable maritime transport chain is paramount to the worldwide economy and an important underpinning element in the successful achievement of many of the seventeen Sustainable Development Goals (SDGs) on the UN 2030 Sustainable Development Agenda – particularly SDGs 1 (no poverty), 2 (zero hunger), 3 (good health and well-being), 7 (affordable and clean energy), 8 (decent work and economic growth), 9 (industry, innovation and infrastructure), 11 (sustainable cities and communities), 12 (responsible consumption and production) and 14 (life below water).

While there have been significant improvements in efficiency, reliability and timeliness in the transport chain for goods shipped by land or by air, shipment by sea has not seen comparable advances in terms of integration and overall automation. In air and land transport, there are effective complementary digital information chains, where all relevant data is shared. However, the maritime supply chain does not yet have an integrated digital information chain supporting the physical supply chain.

In air or land transportation of goods, it is now common for both the consignor and the consignee to be able to track goods throughout the transport chain. In this way, involved actors can get data regarding progress and expected time of delivery. It is then possible for them to introduce adjustments in the supply chain, if needed. However, for goods moving on ships and through ports, there is much less precision, reliability and flexibility in delivery. Typically, many actors remain in the dark for far too long when it comes to the expected timing of future events.

Many factors cause this unfortunate situation. However, fundamentally the reason is that the various actors in the maritime transportation chain are often unaware of the intentions of, the progress of, or any revisions or delays to events, upon which others in the transport chain depend. This makes planning and the accurate timing of activities difficult. Inevitably, this leads to delays, inefficient use of resources and consequently a loss of economic benefits for all those involved.

To overcome this, it is paramount that all the actors involved share their related intentions proactively in real-time to facilitate seamless interactions. This now takes place regularly in the non-maritime transport domains. We acknowledge that it is often easier in those domains because most of the air

and land transport chains are managed or influenced by one dominant participant. However, there is no reason why it should not be possible in the maritime transport domain, too.

In the maritime transportation chain there are a significant number of different, independent actors. Typically, each of these only shares intentions and similar related data when it advances their self-interest. They wish to preserve what is seen by them as a competitive edge. However, this only results in local optimization at best, and a notably sub-optimal result for the full maritime transportation chain. A change of mind-set that data sharing is mutually beneficial remains a significant hurdle to overcome.

Given its long history and experience with traditional procedures, it is not surprising that each actor prefers to optimize their situation and is reluctant to embark upon full disclosure. In our opinion, the time has come to eradicate silo-thinking practices. This can be achieved through data sharing and transparency. The rewards will be substantial for the overall maritime transport chain. If maritime transport chains can realize this vision it will be vastly more efficient and competitive.

Advancement towards a digitally-based data sharing environment in the maritime transport chain is progressing. The IMO has formulated its vision for a digital information environment for shipping, known as e-Navigation. This is now being taken up by an ever-increasing number of maritime States and regions. The EU in particular has been active through various initiatives, including the Sea Traffic Management (STM) Validation Project. The aim of the STM initiative is to improve the full maritime transport chain by making real-time data available to all interested and authorised actors.

In support of the IMO vision for e-Navigation, the Port Collaborative Decision Making (PortCDM) concept has been developed as part of the STM project. It is inspired by similar concepts in place in the aviation sector, where very significant improvements in efficiency and in economic benefits have been achieved. As a result, the adoption of PortCDM pinciples are now also being considered in the rail transport system.

PortCDM is an organizational concept. It is primarily aimed at enabling more predictable timings and operations in sea transport by building upon unified and standardized data exchange protocols among all involved actors. PortCDM addresses the need to ensure the continuous flow of data about intentions, outcomes, and possible disruptions related to movements and service provision among all those involved in the berth-to-berth maritime transport process so as to gain a high degree of predictability in the planning and execution of all associated operations and activities.

An important driver for the optimization of port calls is that relevant data is shared in advance. This enables better planning of berth occupation, availability of equipment, labour resources, as well as stowage planning and the subsequent distribution and delivery arrangements for goods.

PortCDM enables all the actors involved to share the same situational awareness based on input from multiple sources of up-to-date spatial-temporal data. This availability of a holistic view enables and fosters collaboration. In turn, this enables efficient and successful coordination and synchronization, which benefits everyone, not least the end customer or recipient of the goods being transported.

PortCDM for higher levels of efficiency in the maritime sector

The key to new levels of efficiency is to ensure that all the actors in the transport chain, from consignor to consignee, can share and access relevant data, thereby enabling:

PortCDM builds upon real-time digital data streaming among collaborating actors, coupled with clear principles of access management and security. To expand the planning horizon for port call operations, digital collaboration is encouraged between ship-to-port, port-to-port, and port-to-hinterland. Port-to-port collaboration is particularly important in short-sea-shipping because it is often too late to react to a vessel’s changed voyage plan if it is already close to arriving.

The business case for PortCDM shows substantial savings from “green” steaming, route optimization, and faster turnaround times. For port call operators, an initial limited study suggests potential annual savings could be between 7 and 12 billion USD, but more extensive research across a variety of ports and operations is necessary to refine this estimate. Nevertheless, it indicates that there is a clear incentive for port call actors, and systems providers to enhance their capabilities of coordination and synchronization using digital data streams. The benefits of PortCDM encompass all commercial shipping traffic, including passenger and cruise ship operations. (see ”Enabling Effective Port Resource Management: Integrating Systems of Production Data Streams” and ”Balancing just-in-time operations – Coordinating value creation”)

Reaping the full potential of PortCDM requires standardization at the global level (see “Towards Unified Port Communications – from a project format to a global standard” and ”Digitizing the maritime eco-system – Improving door-to-door coordination via a digitized transport chain”). Currently three important components are supporting the global reach:

PortCDM enables shipping lines to make more efficient port visits. By enhancing coordination with ports, PortCDM allows maritime transport to be an integrated element of door-to-door transportation. In doing so, it enhances process completeness in the maritime transport ecosystem. In this link to the global supply chain, the terminal operator is a core actor (see ”Extending the efficiency boundary from ports to hubs: A new role for container terminal operators” and “Killing idle time”).

Governments have a crucial role in enhancing the competitiveness of their ports through encouraging and assisting the maritime transport sector to embrace a digital information environment to improve performance and competitiveness. This is similar to activities for promoting and embracing successful concepts such as e-Government, e-Learning and e-Commerce. The fundamental economic and environmental benefits of having an efficient, reliable, sustainable, and predictable physical and digital sea transport system are obvious and too societally beneficial to ignore. However, to achieve these gains, the support and encouragement of governments for the concept of PortCDM is clearly needed just as was governmental support for AirportCDM. The commercial benefits of PortCDM are evident, but some encouragement from government, such as, for example, sponsoring workshops and further discussion, will certainly accelerate acceptance. If PortCDM is widely adopted, it will increase efficiency in maritime transport and improve the sustainable transport paradigm for each adopting country and help achieve a significant number of the goals in the UN 2030 Sustainable Development Agenda. 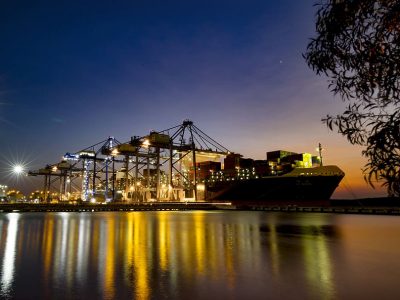 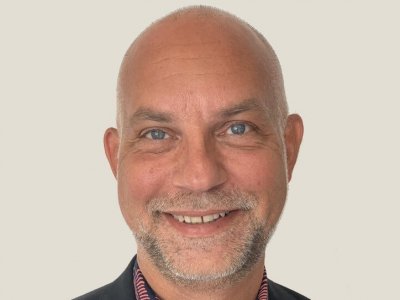