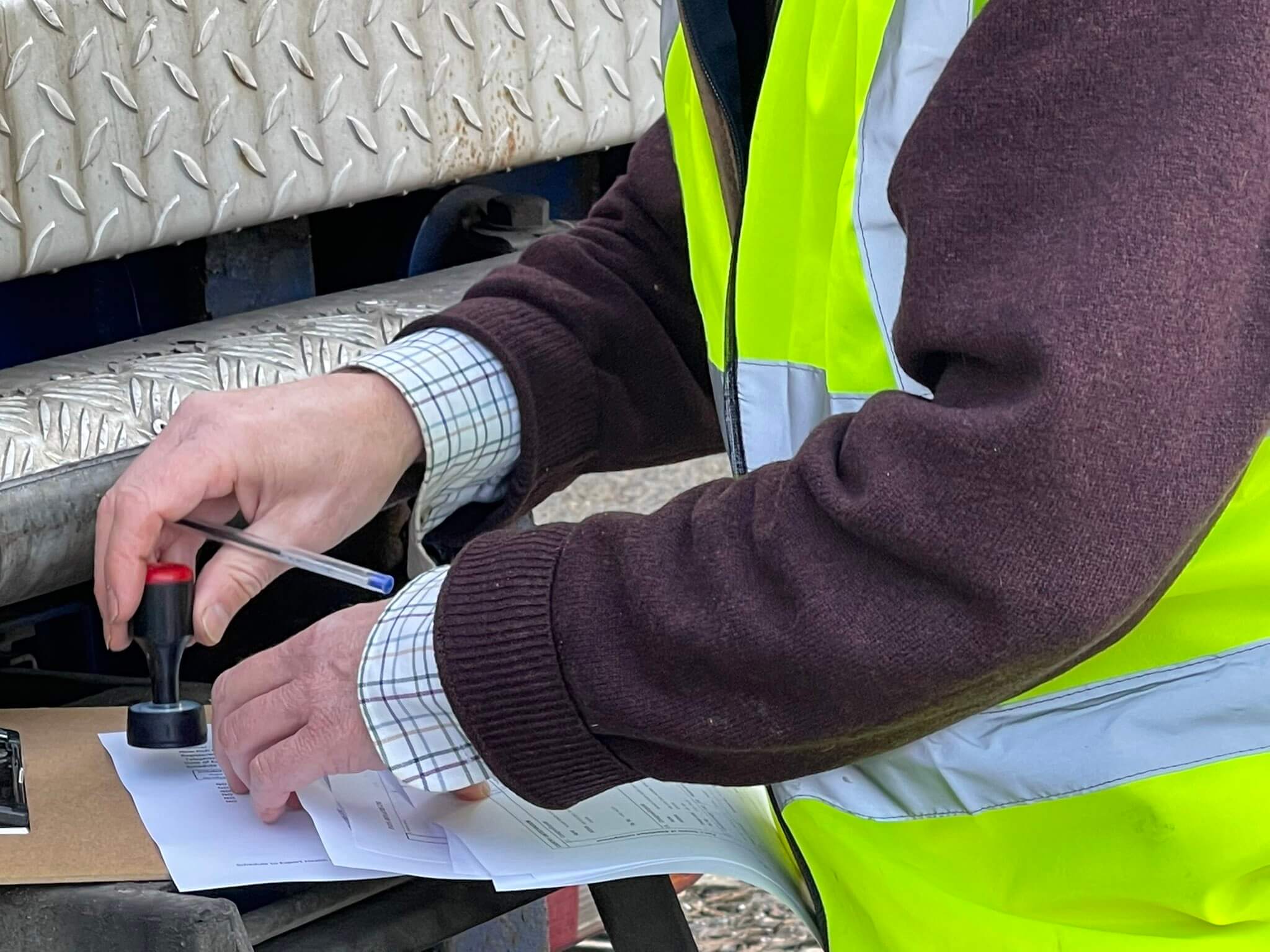 In a report by the BBC’s Faisal Islam, the owner of a Dorset fishing company has openly demonstrated the mountain of paperwork British food exporters are having to complete to get their goods into the EU.

In a video uploaded to the BBC website this morning, Samway Fish owner Charlie Samway spelled out all the additional work his company are having to do as a result of the UK leaving the EU Single Market.

During the two clips embedded below, Samway is seen laying out all the export paperwork, including a summary of declaration, a statement of value, export health certificates, catch certificates, VAT forms, CMR forms and more.

When touching on the catch certificates, Mr Samway also explained to the BBC that fish exporters now need to manually input data on catches and the vessels they are caught in.

What’s happening to food exports?Coming up on #bbcnews10 Bridport, Dorset fishing business owner Charlie Samway describes new 26 step process to export back across Channel what they catch in it… adamant a month in, having prepared extensively, these aren’t “teething problems..” pic.twitter.com/C9T4DSfpfZ

As for how long his trucks are waiting at ports, Samway said some of his lorries have been stuck at the French border for 12 hours or more. By comparison, the Dorset fish boss said that trucks would go through “in minutes” when the UK was part of the EU Single Market.

Samway then told the BBC’s Faisal Islam that he had heard major fleet owners are now looking into moving their catch directly to EU markets, something he thinks his company “cannot afford”.

When asked if he agreed with the UK Government’s belief that the issues currently faced by exporters are “teething problems”, Samway emphatically disagreed:

These are definitely not teething problems. It’s one of my big issues with the sound bites that are being released at the moment. These are bigger issues that need faster action.

In response to the BBC’s video report, the UK Government said it was aware of a “small number of issues” and had introduced a £23 million pound scheme “to help fishermen experiencing export delays and increase our vet capacity to certify exports.”

Of course, Samway fish are far from being the only exporters grappling with the new burden of paperwork entailed by Brexit.

Shellfish fishermen explain to @cnni how Brexit red tape is threatening to kill their small businesses and having long-term impacts on fishing towns across the UK. And wait until you see the extra paperwork… #Brexit #fishing #UK #Scotland pic.twitter.com/eCKBMiQUhL

In a similar video report broadcast by CNN, AM Shellfish owner Alan Smith is filmed going through the paperwork too. Before Brexit kicked in, he says only one form needed filling in.

Smith also told CNN that his company have started loading 24 hours earlier in a bid to mitigate the problems caused by customs delays.

If those obstacles weren’t challenging enough, it has now also been revealed that British fishing fleets are facing a ban on exporting shellfish to the EU from April.

In a bid to try and solve some of the issues caused by the extra paperwork, the UK Government are to set up an industry task force.

On Friday, Seafood Scotland also announced that it had appointed a “specialist Brexit team” in order to “tackle the raft of post-Brexit administration issues which have had a debilitating impact on trade to Europe over the last 4 weeks.”