Just over a fortnight ago, the UK Government announced it would be spending £20 million to improve roadside facilities. The funding is intended to boost driver welfare and alleviate the UK's driver shortage. However, there is understandable concern among some industry figures that the funding just won't be enough for the kind of improvements drivers crave. 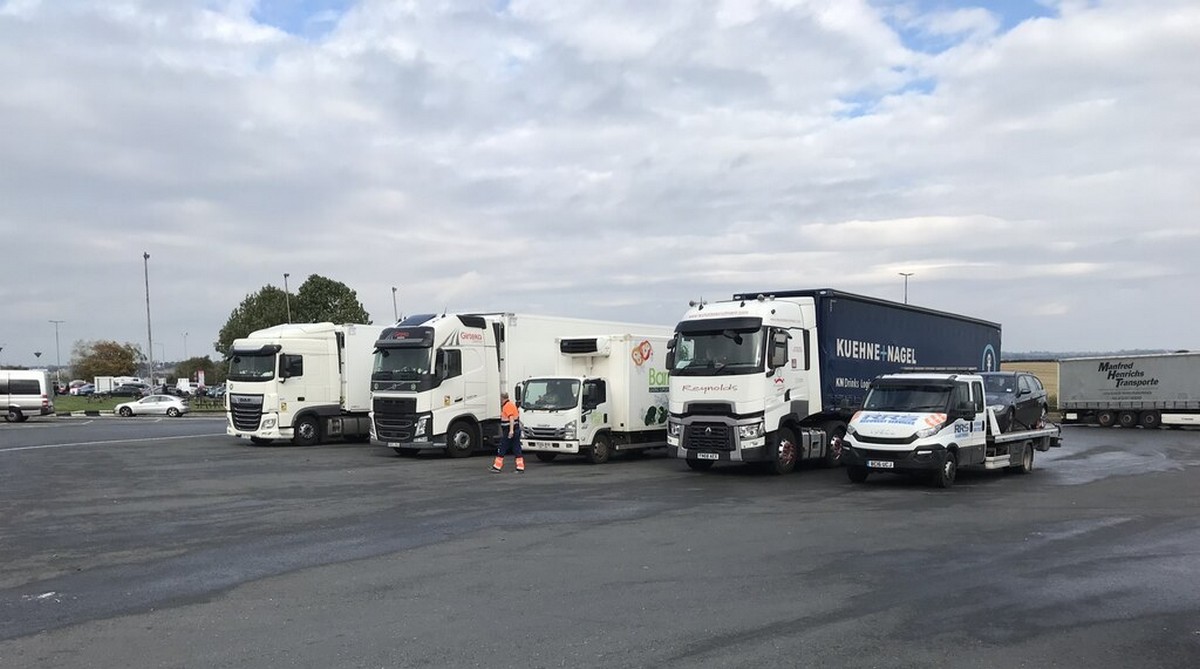 The statement from the government about the plans says the £20 million allocated to roadside facilities is part of National Highways’ existing £169 million Users and Communities Fund.

The cash will go specifically towards improving security, showers and eating facilities, as well as exploring increasing parking spaces for lorry drivers. The government is encouraging roadside service operators to apply for the multi-million-pound fund immediately.

The additional funding, claims the government, takes state investment in driver facilities to £52.5 million since last year. That figure includes the £32.5 million that was pledged in 2021.

However, although the announcement of funding has been widely welcomed, there are well-grounded concerns among some industry figures that the government cash won’t go far.

In his immediate reaction to the announcement, Tom Cornwell, RHA lead for Infrastructure and Operator Licencing, said there was “a long way to go” when it comes to a revamping and extension of HGV driver facilities in the UK.

“This is encouraging news for our drivers who often tell us about poor facilities on the road but there’s a long way to go. We believe we need an extra 11,000 safe and secure parking spaces and we’re determined to tackle that shortfall by working with Government, industry and officials,” said Mr Cornwell.

Since then, other figures in the haulage industry have taken to social media to air their concerns that the extra state funding will not pay for significant improvements.

“£20m is nothing. And we don’t know how or whether the first £32m has been spent yet. MSAs should be regulated with a minimum service requirement and be obligated to insure vehicles and drivers that pay to park on their site. That would cost the government nothing and would lead to a rapid improvement and change in attitude,” wrote the chemical tanker firm director.

Mr Spence-Wolrich made the above comments in response to a post published by Chris Holloway, Logistics Manager at Danish Crown UK Ltd, who said of the government’s plan:

“Is this serious? The MSAs charge the most for parking in the UK however regardless of the price, the very least we as paying customers should expect are clean toilets/showers and empty bins. There are over 300 truckstops (MSA’s and private) and the privately own sites e.g. The Red Lion and Stockyard, reinvest the money they receive to upgrade their security and keep the drivers and their cargo safe. The MSAs simply service the pension funds that own them.”

Mick Skerrett, Driver Development Manager at Manpower UK, was more diplomatic in his reaction to the news. He did nonetheless also express concern that the level of government funding will not be sufficient to make significant changes:

“Great to see something, I am not sure £20 million goes far enough. There are 90-100 motorway service stations and I am unsure how many other A-road locations (yes privately owned). If we only look at 90-100 service stations on motorways, it gives them £200,000 each-ish. Patch the tarmac, repair the loos and new bins and its gone.”

To get a scale of how much lorry park upgrades can cost, we need look no further than Moto’s November announcement about its plans to upgrade facilities at its service stations.

For upgrades to toilets and showers alone, Moto is spending £12.5 million, with an additional £1 million being used to towards additional security measures as well as new HGV parking at our Tamworth, Grantham, Reading and Donington sites.

Therefore, provided that others cannot do the same at a lower cost, similar upgrades to other motorway service areas would likely use up the bulk of the government’s extra £20 million roadside services fund.