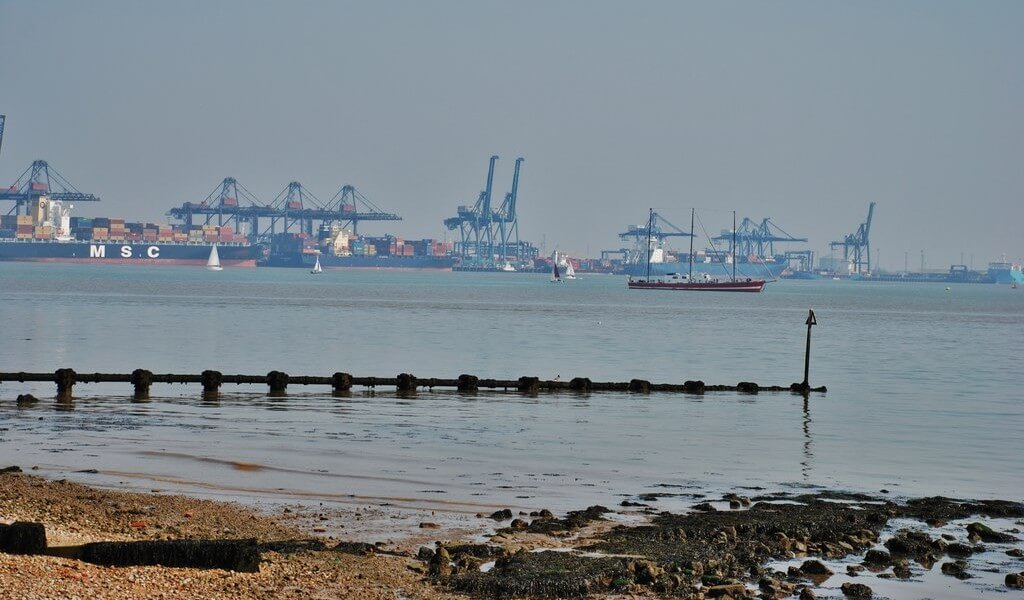 A lorry driver who worked 20 years in the Royal Fusiliers has raised alarm over the lack of mask-wearing and social distancing at one of the UK’s busiest international ports.

Forty-eight-year-old Mark Hermon, who has been driving lorries for a living for six years now, sent a video of the scenes at Harwich Port to a local newspaper to raise awareness about the lack of compliance with Covid-19 regulations at the facility.

“Sometimes you can have 20 people in the office.” https://t.co/F8UjlsYGMe

Hermon then told the Essex Gazette of his concerns that drivers from around Europe could be spreading the virus across the UK after coming into close contact with one another at the Port of Harwich:

„In this office you have drivers from Poland, Lithuania, Bulgaria, Hungry, Germany and Holland – some of those countries are in total lockdown – mixing with British drivers,” he said. They are mixing with little social distancing and many often not wearing masks. Some are going to pick a trailer up, some are going to drop a trailer off, some are getting their passports scanned and paying before getting a ferry. Sometimes you can have 20 people in the office, sometimes the queue is coming out the door. Lorry drivers mix like this then go all over the place, all over the UK. Drivers are subsequently stopping at petrol stations and visiting shops in the area around Harwich.”

Hermon then on went to explain that he was particularly worried about drivers with comorbidities, including a driver he knows who has leukaemia.

In response to Hermon’s claims, a spokesman for Hutchinson Ports told the Essex Gazette that the Harwich International Port instruct everyone on site to wear masks and socially distance:

“We have signs on display inside and outside the office asking people to wear masks and to socially distance, we also provide hand sanitiser. We also remind drivers to wear face coverings and they are generally compliant to our requests. Our staff all wear masks and are behind a full-height perspex screen which goes from the counter to the ceiling to protect both them and drivers. All of the passport scans are done by the driver and all payments taken are by card. We have changed all of our processes so our staff do not need to physically handle any paperwork from the drivers to protect both them and the drivers.”